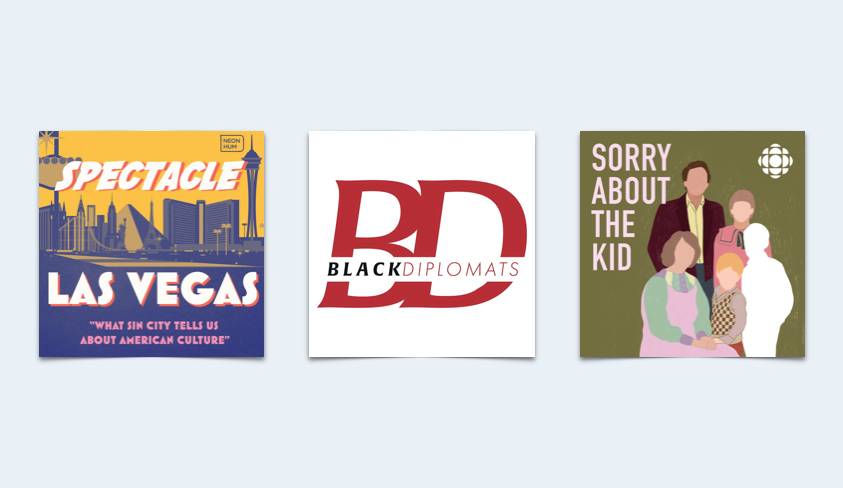 The second season of Neon Hum’s Spectacle series takes a close look at the cultural origins of a storied American city: Las Vegas, Nevada. Despite the city’s famed slogan, what happens in Vegas doesn’t seem to stay there; in fact, the city thrives on its infamy. Gambling, girls, drinking, drugs… the works. Las Vegas exists in the American cultural imaginary as a trick of light (one of its best-known hotels is called The Mirage), not as a place to settle down but as a brief escape from routine. The show’s host, Brent Holmes, sees more to it than that. Holmes was raised in Las Vegas by his father, the popular entertainer Clint Holmes. Through a series of punchy, energetic, and playful interviews and historical anecdotes, Holmes tells us a more complex story of Las Vegas that involves conversations about race, class, and sexuality. Spectacle: Las Vegas is fun, informative, and full of charm.

Sorry About The Kid

The latest from CBC finds host Alex McKinnon exploring his childhood memories of his brother Paul, who was killed by a police car as a teenager. As McKinnon explains in the series’ pilot, his goal is to add color to his memories of Paul’s life, which are warm but unspecific, aided by his parents, sister, and others who knew Paul well. Sorry About The Kid is a portrait of one family’s long-term grief, of how memories fade and regain force over multiple decades.

Hosted by journalist Terrell Jermaine Starr, Black Diplomats is a no-frills weekly podcast about global politics and culture from the perspectives of Black people and people of color –– where mainstream media often sidelines these voices, Starr’s show brings them to the fore. The tone of the series is laidback and conversational, never shying away from weighty topics, but not taking itself too seriously either. Now is a particularly interesting time to tune into Black Diplomats, as Starr, who has a Masters in Russian, East European, and Eurasian Studies, is currently in Ukraine. Relations between Russia and Ukraine have been a frequent topic of discussion since the show’s beginning, and Black Diplomats offers essential viewpoints on race, imperialism, and America’s own role in Russian hostility.