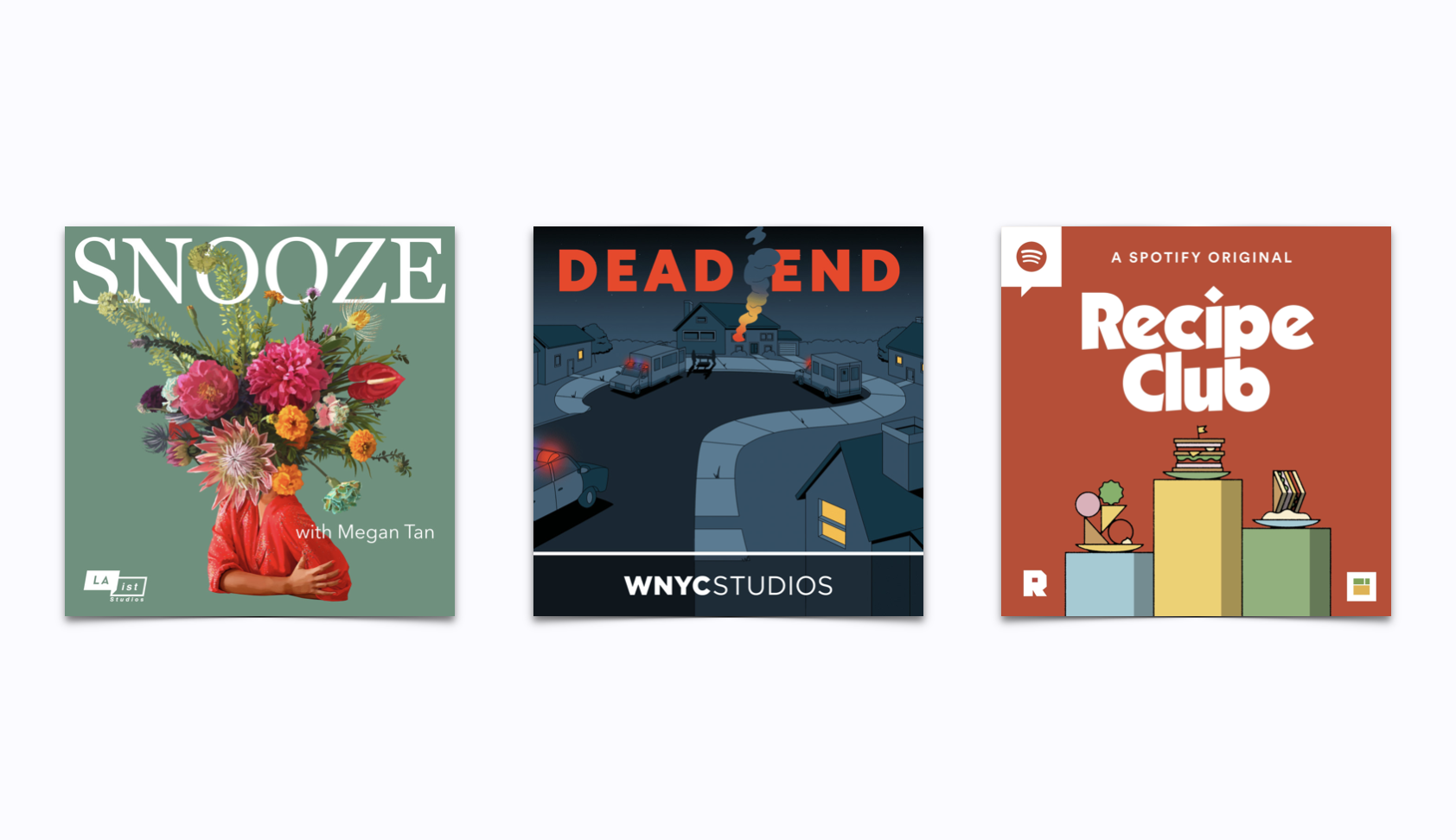 In an optimistic new podcast by LAist Studios, host Megan Tan helps people stop hitting the snooze button on the things they’ve been putting off most. Tan has her very own snooze story (creating this podcast), which makes her a sympathetic guide for her guests. But rather than handing out instructions, Tan has people take the steering wheel while she rides along in the passenger seat, tracking goals and boosting morale (in episode one, she quite literally helps a guest get her driver’s license). What makes Snooze compelling is that it’s not just a sugary self-help narrative — just as much as the lessons it offers, it also values the reasons underlying each guest’s snooze story, uncovering them gently and without judgment. Snooze is sharp, buoyant, and a perfect antidote to resignation.

Dead End investigates the 2014 murders of John and Joyce Sheridan, a prominent New Jersey couple with personal ties to numerous public officials, including four of the state’s past governors. Hosted by Nancy Solomon, a longtime reporter for WNYC and New Jersey Public Radio, the podcast’s first episodes feature interviews with the couple’s close friends and co-workers, as well their eldest son, Mark, who has been investigating the cause of his parents’ deaths for many years. Filled with meticulous reporting and genuinely new findings, Dead End is among this year’s finest true crime series.

Returning for a second season, Recipe Club is the cult spin-off from The Dave Chang Show, a podcast we called “a pleasure for the occasional diner and hard-core foodies alike.” At its heart, Recipe Club is classic competitive cooking, but the ingredients are Chang’s alone. Alongside his chef friends, Chang is testing, debating, and rating online recipes, from perfect brownies to the best uses for canned tuna. (Spoiler: they’re often terrible).

One thing is different this season. Unlike the previous three-recipes-per-episode format, now everyone tests the same recipe. Admittedly, this takes away from the stressed-out, frequently manic energy that made Recipe Club a delight. That said, all the essential ingredients are retained — recurring guests, rambling food stories, cooking disasters) — so we’ll forgive this “light” formula. It’s certainly better for everyone’s cholesterol.