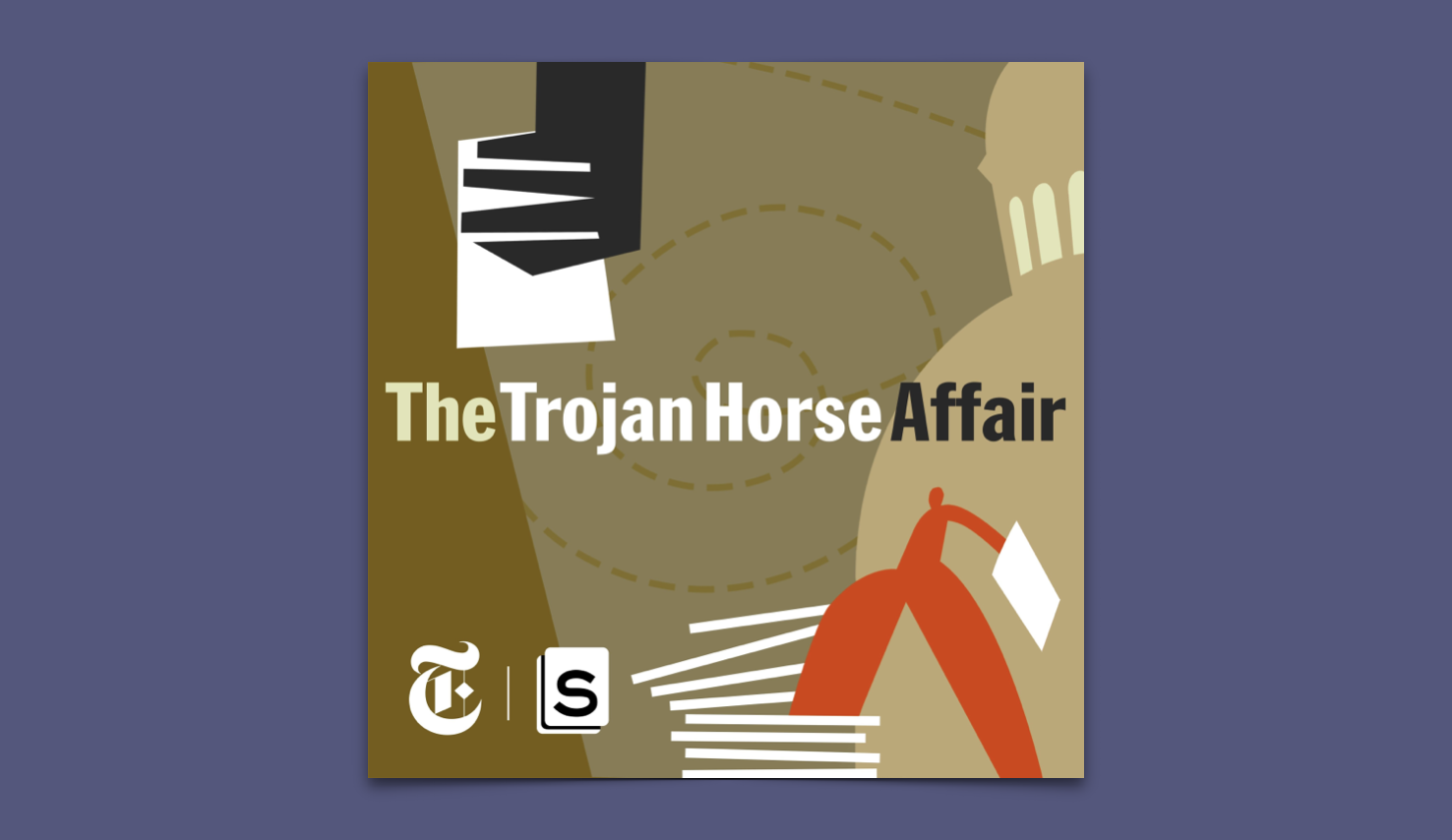 The Trojan Horse Affair investigates the authorship of a letter, a letter which upended a group of predominantly Muslim public schools in the UK and catalyzed a national shift in education policy and attitude. I find it helpful to state the most straightforward synopsis of the podcast, because the show often drifts from the story at hand into procedural descriptions of the journalism taking place, and ultimately into a treatise on approaches to reporting.

The tension present throughout the series, between reporting process and results, is baked into the show’s origins. As the creators/narrators explain, Hamza Syed pitched Brian Reed (creator of S-Town) on the investigation as Syed was entering a graduate journalism program. The pairing — between a veteran and a rookie, an American white guy and a Muslim Pakistani-British guy — drives not only the character but the narrative of the show. As stated explicitly, Syed is there to reveal the origins of an anti-Muslim campaign that swept the UK in the mid-2010s; Reed is there to find a good story.

The Trojan Horse Affair is Reed’s first podcast since S-Town, and his first since Serial Productions was bought by the New York Times. The series does not reach the emotional heights of S-Town, nor does it aim for any version of the character portrait that sets S-Town apart from every acclaimed narrative podcast since. Reed and Syed’s series is furiously compelling nonetheless, even as I often found myself losing track of the relevance of a particular interview or thread to the big-picture politics of an anti-Muslim panic.

The story extends well beyond the original question of who wrote the “Trojan Horse Letter,” which details an alleged plot to “Islamize” Birmingham’s schools. Once Reed and Syed establish their best guess for the letter’s author, the show’s central question becomes how a likely-fraudulent letter (even government officials do not vouch for the letter’s credibility) led to a national debate on Islamic radicalization in Britain’s schools. Identifying the motives of those who pedal the letter is not difficult — a stymied “plot” is a great method for stirring up a terror frenzy. Reed and Syed focus their energies on the dozens of people — teachers, city council members, government investigators — who elevated the letter and vouched for its substance.

Although Reed and Syed do significant work in connecting the dots between simultaneous school scandals, the podcast is short on concrete answers. In the final episode, Syed states clearly what they could not prove, and in the negative space of his argument lays out his best theory of what happened. The decision is wise, given that the podcast fails to provide hard evidence of the letter’s authorship, but successfully calls into question the credibility of every decision that allowed the “Trojan Horse Letter” to rise to the level of national influence.

Syed makes clear in the first episode that his goal was to identify the author of the Trojan Horse Letter in the interest of undermining the domino effects it had on British education policy. The podcast does not spend much time detailing these effects. Instead, what Syed and Reed aim to communicate is much more general: the ease with which politicians, government officials, and media figures can whip up anti-Muslim fear and execute an agenda without any evidence for their claims whatsoever.

Reed and Syed have multiple on-air conversations about their differing styles, particularly Syed’s tendency to get heated when an interviewee is lying or obfuscating. These clips help sharpen the show’s clearest insight, that silence and refusal from people in power is a sign that reporting has crossed the line of acceptable questioning, and is therefore worthwhile in itself. Some of these moments, when a council member or school official decides to shut down an interview and stop talking, are among the show’s most thrilling.

And the thrills are essential. The podcast’s momentum comes from the investigation’s expansiveness, the notion that the story is getting perpetually bigger one interview at a time. Without delivering any grand revelations, The Trojan Horse Affair pulls off its caper premise.