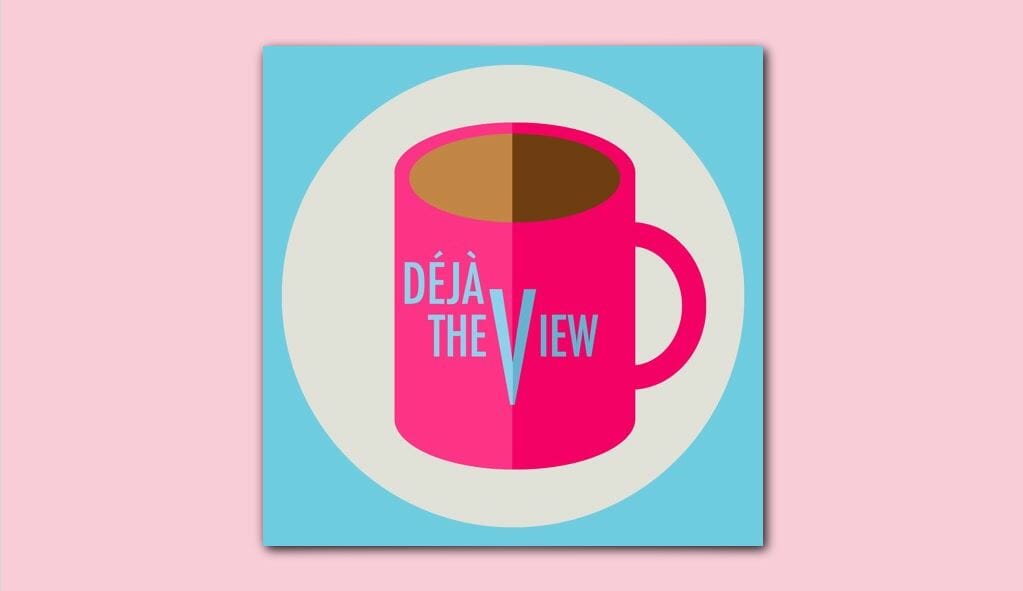 Last month, in a bleak Brooklyn park with a chilled wind swirling around barren branches, someone saw me. Like, into my heart. That person was Kevin Hazlehurst, who told me that, “it has always been my embarrassing thing that I like The View a little bit too much.”

I watch The View every day and lately I’ve been feeling this, too. My friends are New York sophisticates who attend art openings, enjoy fine dining, and might be described as “insufferable.” Watching middlebrow television risks impugning their taste, so they stick to a semi-ironic embrace of the lowbrow, paired with a commitment to the “importance” of high culture. In talk show terms, they’re people who would watch both Maury and Democracy Now, but roll their eyes at The View. It’s isolating for me. With nobody to talk to about The View, I rant to strangers. Recently, after a party, I woke to find a string of texts from a number I didn’t recognize, all about View co-host Meghan McCain.

This is how I’ve found myself on an ice-cold bench with Hazlehurst and his longtime friend Marie Hudson. They are the hosts of the podcast Deja The View, which is, far and away, the best View stan content in existence. Based in Toronto, the duo is visiting New York to attend a View taping. They’re brutally hungover (wearing sunglasses despite the clouds), but they interrupt each other, trade wry smiles, and speak in tandem, just as they do on air. Given that their View obsession is so public, I ask if they really find loving the show embarrassing. “Only because sometimes people react like it’s embarrassing,” Hudson replies. Hazlehurst smiles. “I just lean into it now, obviously. If you turn it on, you’ll see why it’s good.”

Audiences agree—lately, The View’s ratings have surged, and the show has become an object of cultural fascination: SNL has been parodying them, entertainment reporter Ramin Setoodeh just released a dishy book about its 22-year history, and the internet is regularly awash in viral clips of the day’s antics. These are generally controversial political takes (Meghan McCain shedding a tear over Congresswoman Ilhan Omar’s alleged anti-Semitism) or on-air feuds (McCain telling co-host Joy Behar that “part of your job is to listen to me”).

While The View feeds on conflict, Deja The View thrives within an online melee of gossip, pop-culture, and fandom, echoing Who? Weekly’s devotion to flash-in-the pan almost-celebrities, and the near-pathological obsession of Britney’s Gram. Hudson and Hazlehurst’s fixation on The View’s 23 past and present co-hosts, coupled with their encyclopedic knowledge of the show’s history, amounts to a sort of View Kremlinology: they refer to the show’s executive producers by their first names, engage in sophisticated speculation about its inner workings, and update us on all the “zed-list” (they’re Canadian, the alphabet is different there) media personalities in The View’s orbit. “I have a Google alert for all the co-hosts,” Hazlehurst tells me. “My inbox is horrible.”

While stalkerish devotion to all things The View might seem narrow and arcane, dissecting the show raises a surprising breadth of subjects. There are The View’s own Hot Topics (the Me Too movement, the Green New Deal, Trump’s ban on transgender troops), and those relevant to co-hosts: the closure of Payless ShoeSource, SMILF getting canceled, and the recent college admissions scandal are all tied, in some way, to former View personalities. Hazlehurst and Hudson, who are gay and lesbian, also devote considerable airtime to gay culture, bringing on an array of queer superfans as guests. “The View was created not just to give women a seat at the table,” Hazlehurst says of the show’s queer fandom, “but to create their own table where they weren’t welcome before. I think that resonates with queer people because they have to do that all the time.” 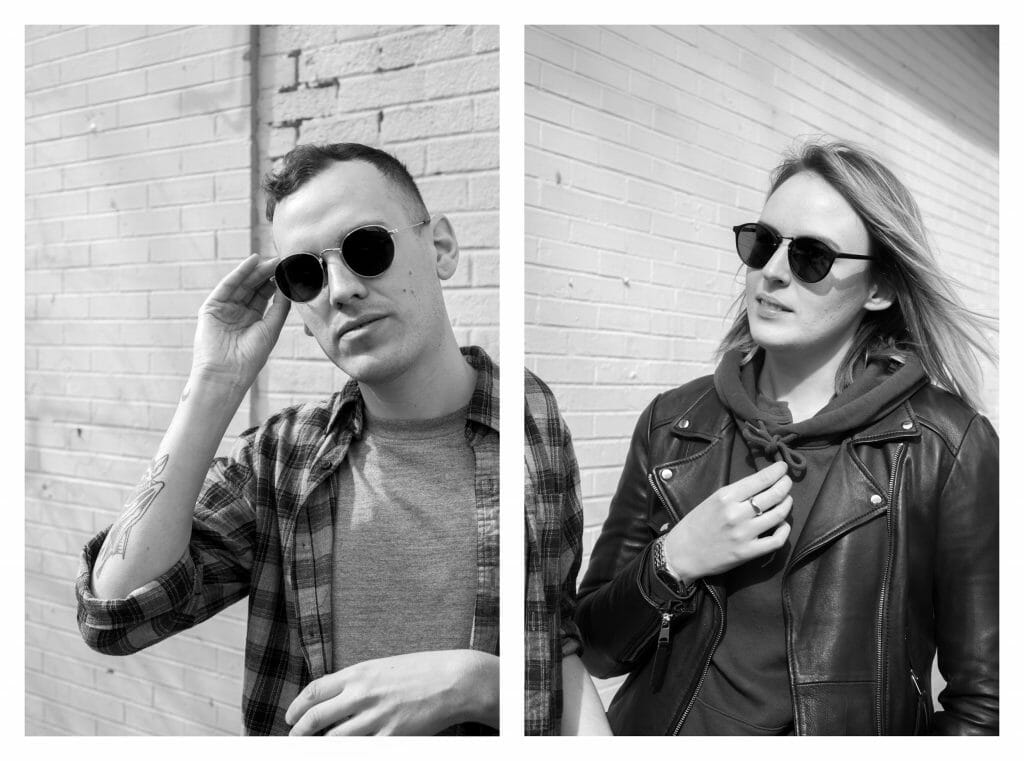 Like any talk show, Deja The View’s charm has more to do with its hosts than its subject matter. Now in their late twenties, Hazlehurst and Hudson met studying broadcast television in college and currently work in TV production. Tuning in is like eavesdropping on a freewheeling chat between close friends: while breaking down episodes, they’ll have “half a sip of a wine cooler” and narrate chicken nugget deliveries from Uber Eats or joke about their love of karaoke. “It never occurred to me that people other than our friend group would be listening to it,” Hudson says of their show, “which is maybe why it works.”

Hazlehurst has long trafficked in View obsession (he ran a Tumblr of funny screenshots from The View and once dressed as Elisabeth Hasselbeck for Halloween), but he started Deja The View in 2016 as a more professional project. “I love daytime/late-night studio TV,” he wrote in an email, “and I’ve always wanted to produce that genre of television—but the opportunities are slim in Toronto.” In starting the show, he thought, “I’m a good producer and I’m not going to wait for someone to realize that, so I’m just going to start making stuff that I want to make myself.”

Hazlehurst is a good producer: “I watch every episode of The View,” he tells me, “and I make note of the things I want to talk about. Then I present Marie with a million clips and we’ll be like, ‘OK we have to talk about this because, if we didn’t, it’d be like, why did we ignore that huge thing?’ And then we pick five fun things to talk about also.” I point out that this is essentially what The View’s producers do when they assemble the Hot Topics packets, and he and Hudson simultaneously answer, “Yes.”

Hazlehurst has a few theories of The View’s current relevance. “I think a big part of it is Meghan [McCain]’s dynamic personality,” he says, “mixed with the fact that people are worried about Trump and paying more attention to politics than ever before.” The political aspect is crucial: in addition to its signature Hot Topics segments, where the hosts debate controversial issues, The View has become an essential destination for top-tier politicians courting female voters. This year, most of the Democratic presidential field has shown up; Ohio Congressman Tim Ryan announced his candidacy live from the Hot Topics table, Joe Biden appeared the morning after he declared he was running for President, and Pete Buttigieg has been on so frequently that he’s practically become a co-host.

“I don’t want it to seem reductive,” Hazlehurst continues, “but I think Real Housewives being more popular than ever might have something to do with it, too.” He means no disrespect. “Even though The View is smart women talking about important things, they are really similar concepts when you think about it, because both shows have women who wouldn’t normally hang out together being forced to have these tough, dramatic discussions and then come back the next day and still work together. People understand that concept more than ever because of Housewives.”

This theory resonates with me. In its current incarnation, The View is a perfect synthesis of serious politics and reality TV, a blend of Crossfire and Marriage Boot Camp. The co-hosts share the charisma and charged group dynamic of top-shelf Bravo shows, but their drama mostly remains subtle and submerged, expressed through the lens of political debate rather than over-the-top interpersonal spats. Still, the tension boils over sometimes in the tabloids: accounts of acrimonious firings, bitter feuds, or secret medical procedures keep viewers parsing the co-hosts’ on-air behavior for hidden clues, the way one might parse the Bachelor’s body language to intuit who will get a rose.

The intermingling of politics and reality TV is apocalyptically familiar in 2019, but while the White House’s unending scandals overshadow substantive issues, The View’s interpersonal drama has a civic function: drawing viewers to serious political debate and exposing them, in a time of near-impenetrable partisanship, to opposing views. “Within my bubble of my friends or even on Twitter,” Hudson reflects, “I only follow people who think and believe the same things I do. But sometimes watching The View, I get an opinion that I am like, ‘whoa, this is brand new information.’ I like that. I think it’s helpful.”

Hazlehurst and Hudson, of course, are Canadian; they don’t vote in the United States, and their interest in American politics is tepid. “I do think we make our political views known,” Hazlehurst tells me, but their focus is elsewhere: Deja The View is a bacchanal of middling celebrity—a raucous, funny, and bafflingly granular celebration of a historic show, one that created a space for women to voice strong opinions on air.

Despite starting Deja The View to “show off my passion” for daytime TV, Hazlehurst believes that the podcast has ruined his chances of ever working on The View. “It can’t be good for them to hire someone who’s obsessed and criticizes them and makes fun of all the hosts and whatnot,” he acknowledges. But the show’s executive producers follow them on Twitter—so, if “Brian and Candi” are reading, Hazlehurst has a message: “they will never find an employee who cares more than me.”