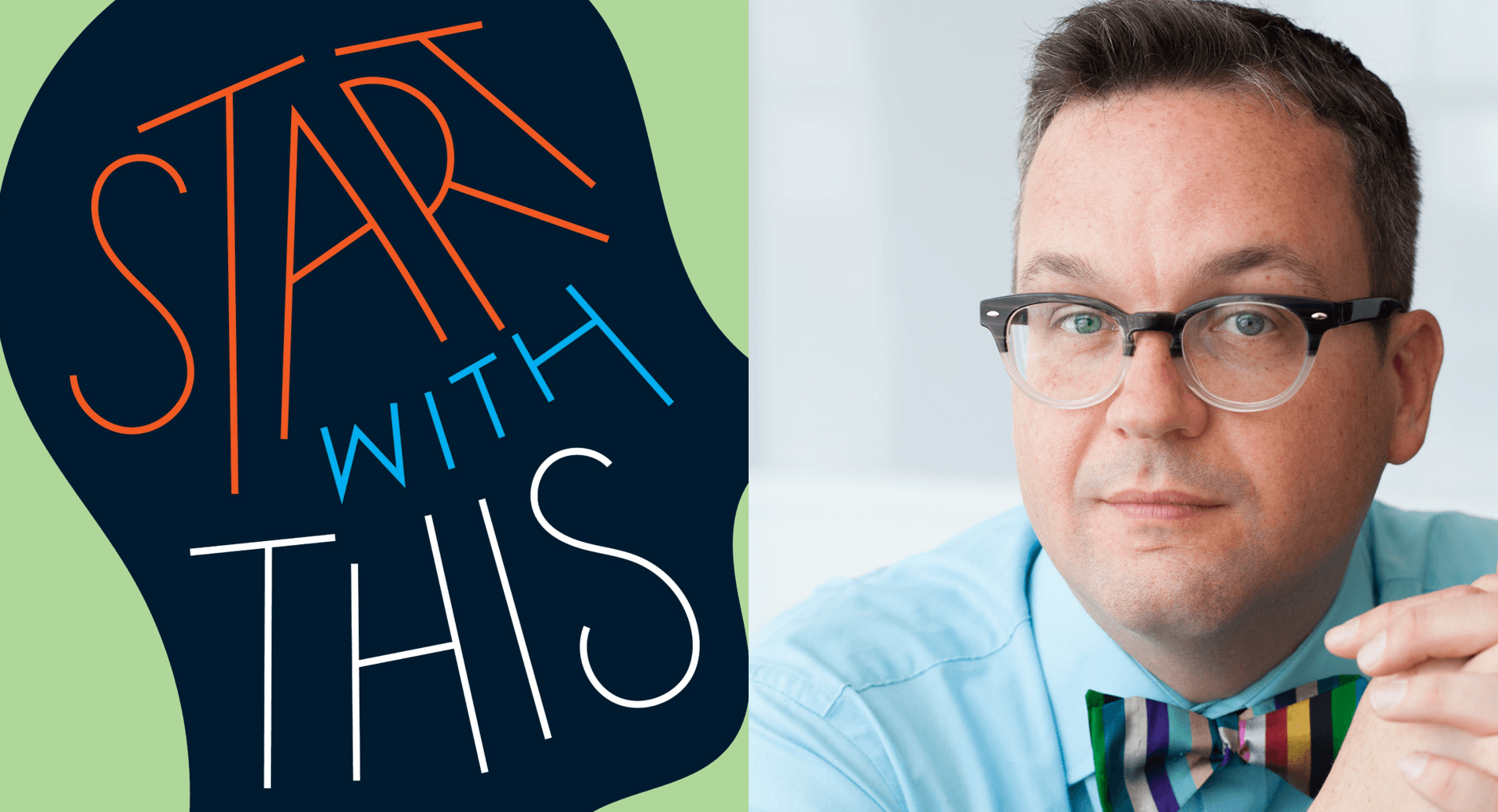 There are many books devoted to the craft of writing, including notable titles like Stephen King’s On Writing and Anne Lamott’s Bird by Bird. But there are few books or podcasts devoted to the craft of podcasting. If you’re hoping to make an audio masterpiece, where is the guide that will teach you how to get started? Start with This, the latest podcast from Welcome to Night Vale’s Jeffrey Cranor and Joseph Fink, promises to do just that. With episodes focused on figuring out what makes a good podcast idea, to the benefits of collaboration, Start with This is a practical and enjoyable guide that budding podcasters will not want to miss.

I recently spoke with Cranor about how the podcast came to be, why he thinks it’s so important to be constantly creating, and how podcasting can be a bit like baking.

I love the concept behind this podcast. What prompted you and Joseph to make it?

I had the idea for a while of a podcast that gave out assignments to listeners. I used to be in a theater company called the New York Neo-Futurists, and we would all get together and pitch ideas to each other for a weekly show of short plays. That’s kind of where this idea came from. The type of writing we were doing was really fun because of the parameters we set for ourselves. Restrictions like that can help your creativity.

At the end of each episode, you give listeners a creative prompt. Is that still part of your own process?

Definitely. With Within the Wires, every season is packaged as a kind of ‘found’ audio: season one was a set of relaxation tapes, season two was museum audio guides, and so on. So those were the prompts I gave myself there. And we also put restrictions on our writing for Night Vale. Joseph recently wrote a three-part episode arc where he made an Excel spreadsheet of every character that we’ve ever put into Night Vale, and then randomly picked four characters that he was going to force himself to make the main characters of the story.

I do that too. I’ll take a phrase and maybe a topic and go from there. One time I had the phrase “a carnival comes to town” and then I picked the topic of, say, current events surrounding xenophobia. I decided to put those two phrases together, and I wrote a story about a carnival coming to Night Vale. We used the classic carnival horror trope and turned it on its head, where it’s not the carnival that’s scary but the town people of Night Vale, who are so mistrusting of outsiders. Doing little games like that can be a really fun way to build out episodes.

You say on the podcast that you and Joseph are proponents of constant creation. How do you go about that?

One of the things Joseph and I would talk about when we started Night Vale, was that there were many podcasts we liked that didn’t put out episodes on a regular basis. Or they would come out with an episode that was an hour long, and the next one was 15 or 17 minutes. We realized we just needed consistency. We needed to put episodes out in a consistent pattern, and have them be roughly the same length every time. Keeping a consistent schedule can be a big part of the creative process. It forces you to have deadlines. Our recurring joke is that when somebody asks us where we get our crazy ideas, our answer is always deadlines. They force you to actually produce the thing.

Writing is often thought of as a solitary act, but you’re a big fan of collaboration. What are the main benefits to collaborating with someone?

For me in particular, collaboration has been so important because it keeps me responsible. As I say in the podcast, it’s easier to let myself down than it is to let somebody else down. So first and foremost is just sheer accountability.

The other part of a collaborative effort is that it brings new ideas to the table. Joseph is such a different writer than I am, and we learn so much from each other. Working with somebody else, you learn to trust and rely on that person. It teaches you a lot about relationships, because once you’re collaborating with someone, you’re sort of dating them. You have to learn to communicate in a way that’s positive for the project. And that not only builds good qualities in you as a person but leads to better work altogether.

I’m feeling inspired. What are the absolute necessities for someone wanting to start podcasting?

Well, as it’s often said, you need a mic, a computer, and an internet connection. You’ll also need some type of audio editing software. But most important is having the willingness to just keep recording things over and over. It’s like cooking or baking. If you’ve never baked anything before, the first thing you bake is not likely going to be super good. But if you do it again and again, you’ll start to figure it out.

The only other thing I’d add to that is having a realistic projection of what you’re capable of making. Some people set out, having never made a podcast before, to write a script that has 10 actors, with episodes that are 30 minutes long, and they want to make it a weekly show. Unless you’re working with the support of a big professional studio, you can’t afford that, both in terms of time and money. You have to dial it back a bit and figure out what you can do right. So if all of your audio sounds like it’s from a cell phone, then you might make a podcast that only involves people making phone calls. Don’t be afraid to use your limitations to your advantage.