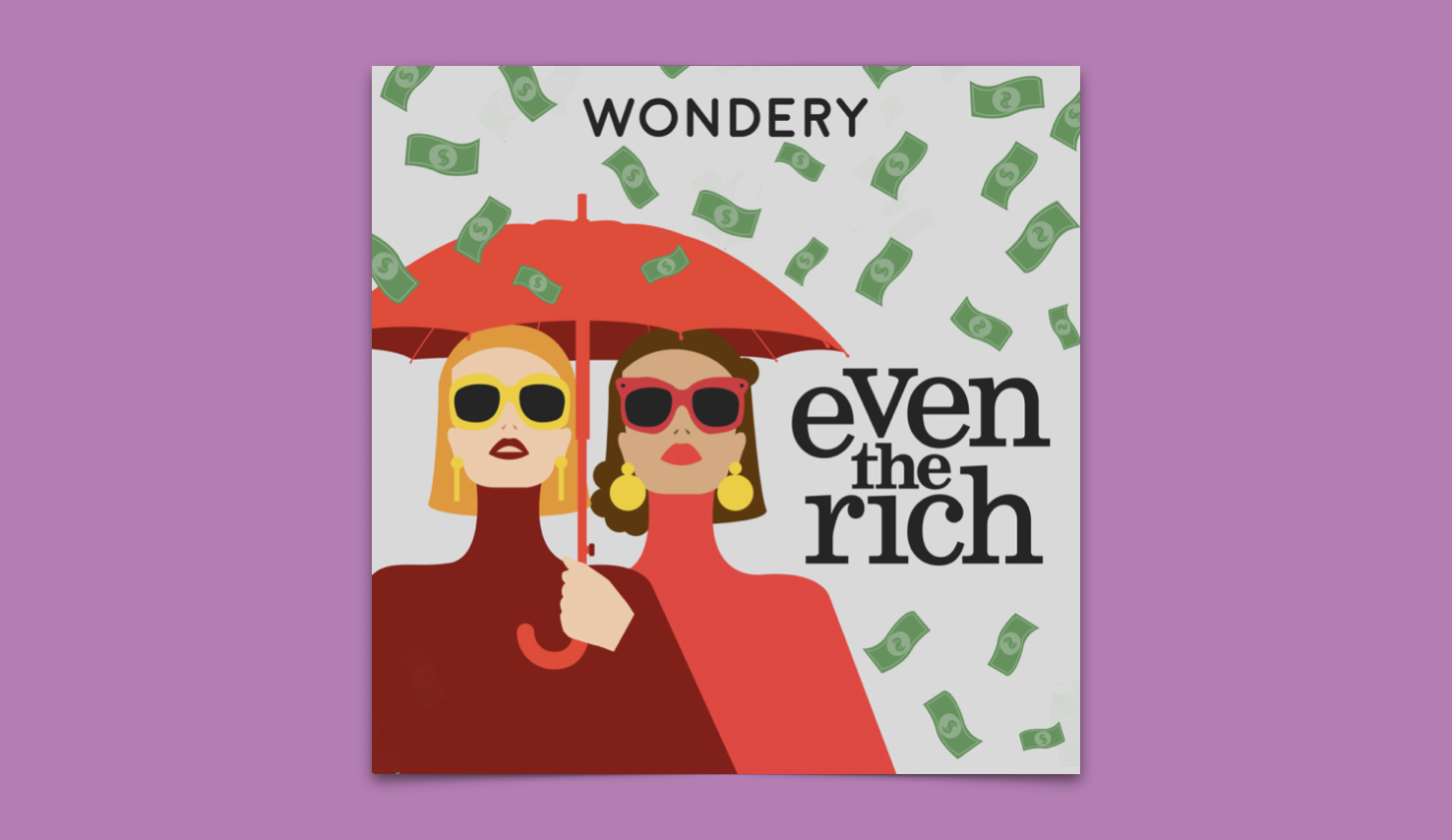 Even The Rich, hosted by comics Brooke Siffrinn and Aricia Skidmore-Williams, is a podcast that, as its name implies, looks at the lives of the rich and famous. Thus far, the show’s subjects have included Gianni Versace, Beyoncé and Jay-Z, Princess Diana, and in its latest season, Britney Spears.

Siffrinn and Skidmore-Williams have an on-air chemistry and a light banter that keeps the series parked squarely in the celeb entertainment genre, but it’s worth noting that the podcast is very well researched. The three Britney Spears episodes follow the meteoric ascension and the very public fall of Spears, and ultimately paints a picture of the pop star as a hardworking small-town girl whose career has been plagued by coercion and control. This narrative begins with the 1999 Rolling Stone photoshoot that saw a 17-year-old Spears posing in her underwear — the photos created a scandal and a backlash, and in hindsight were the first indications of how cruelly the tabloid media would treat her — and culminates in reporting on what is known about the conservatorship that Spears is currently bound by.

A conservatorship is a legal structure that allows a judge-appointed guardian to manage the daily life and finances of another person, and in Spears’s case, the administrator is her own father. It was in 2008 when Spears memorably shaved her own head in a moment captured by paparazzi, and in the fallout, she was declared mentally unfit. Meant to offer protection against opportunists and scammers, a conservatorship is not an unusual arrangement for the very wealthy who are elderly or are medically incapacitated. But it is not particularly common for a younger person, and it’s especially problematic in Spears’s case as she has long had a troubled relationship with her father. In addition, as Siffrinn and Skidmore-Williams point out, just a year after Britney was declared mentally incompetent, she completed her Circus world tour, which grossed over $130 million. Was she puppet in a show? Or is Spears, as Siffren and Skidmore-Williams suggest, the architect of her own success?

Though she scored a small legal victory this year in terms of a judge being willing to consider revisions to the structure of the conservator arrangement, as reported by the LA Times, currently, at 38, Spears still remains dispossessed of her every day freedom and is blocked from directly managing her own affairs. This, along with the #FreeBritney movement, is explored in detail in a bonus episode with Vox’s Constance Grady.

In the production of Even the Rich, there is some editorial indulgence, like when Siffrinn sings, which we don’t need, but the overall mood works. Siffrinn and Skidmore-Williams have a kind of chumminess that makes listeners miss being in person with their own friends.

What the hosts also capture particularly well is that moment in time in the mid to late 2000s when the rise of internet gossip culture and cell phone documentation coalesced. This was the era of the first iPhone, and TMZ and Perez Hilton had both launched a few years earlier. Concurrently, for better or worse, we got the term and experience of “going viral.” Many people — fans or not — who have come of age in this same age have watched in shock as celebrity media has skewered not just Spears but anyone who proves to be good clickbait.

Love or hate Britney Spears as a musician, she is a cultural touchstone. Siffrinn and Skidmore-Williams offer a compelling portrait of an ambitious young woman who was victimized by paparazzi, brutalized by the tabloid media, and robbed of her agency by her father, all while she was trying to retain custody of her children and maintain her career. It’s a story that will resonate with anyone who has had the experience of just trying to hang on, whether you are a millionaire or not.