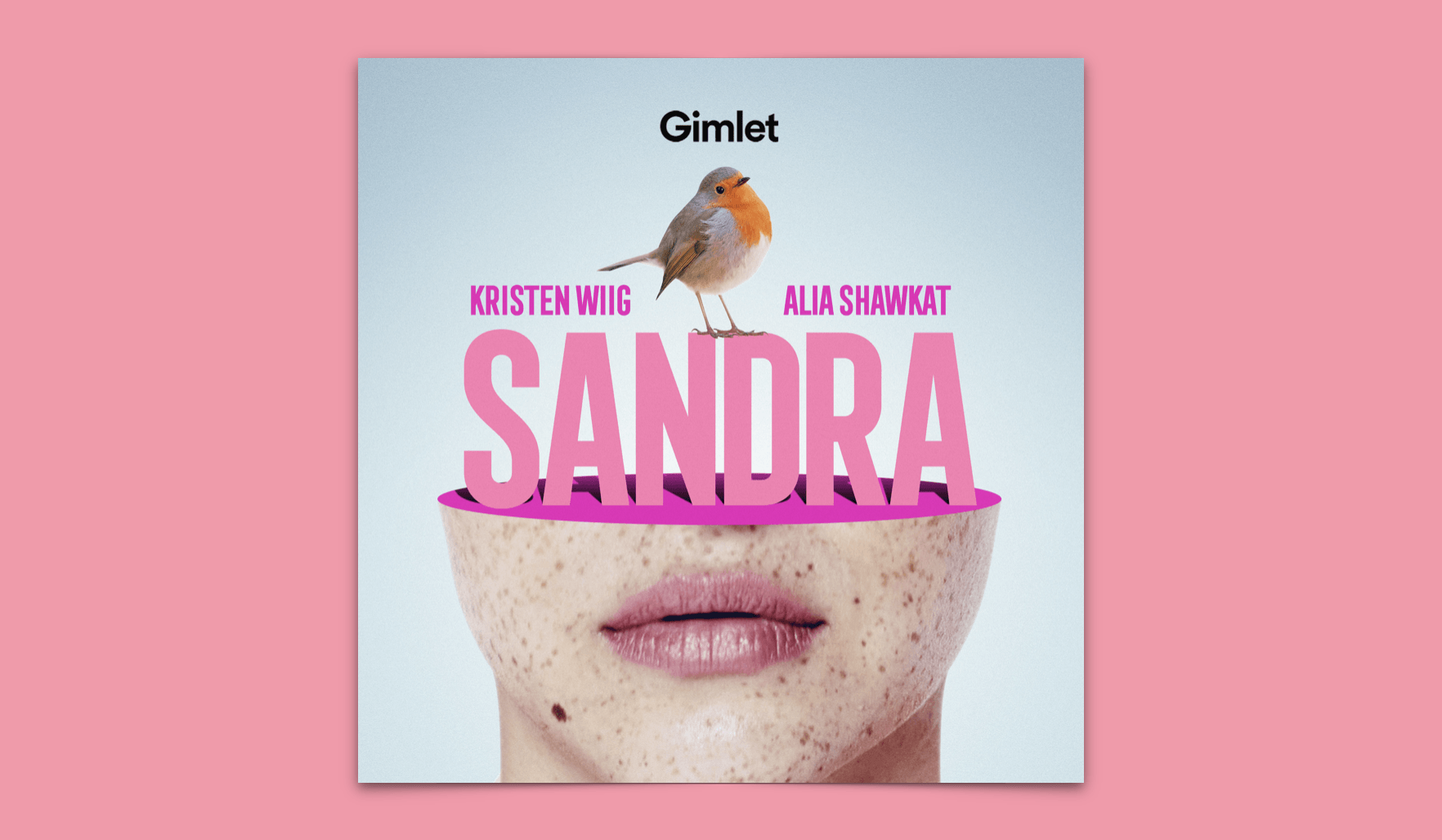 Gimlet Media’s Sandra is well-told and expertly-designed, and I don’t know what to do with it. It’s the second fiction podcast from Gimlet, as the always forward-moving network tries to figures out how to bring radio dramas into the podcast age. The show is a collaboration between the director Sebastián Silva, writers Kevin Moffett and Matthew Derby, and the charming celebrity trio of Alia Shawkat, Kristen Wiig, and Ethan Hawke. There’s nothing wrong with Sandra, but it left me as soon as it finished.

The story starts with Shawkat’s Helen, a soon-to-be divorcée looking for a new path in her hometown of Guyman, Oklahoma. She finds a job at Orbital Teledynamics, producers of an Amazon Echo-like box. The voice inside that box is Sandra (not Alexa or Siri or OK Google). When customers ask their Sandra a question, operators like Helen respond with information from the internet and occasionally add a personal touch, their voices translated back into the automated tone to which we’re all accustomed.

While Helen breathes in tech optimism to counter her depressing breakup with the regularly-incarcerated Donnie, she also confronts the show’s central question: Would empathetic AI be a good thing? To delve into Sandra’s answers would spoil the first season, but the show deserves credit for diverging from pure Silicon Valley utopianism when it easily could have.

As a piece of craftsmanship, Sandra is excellent. The sound design is involving, managing to create a landscape filled with the peripheral noises of honking trucks, punching keyboards, and singing birds that doesn’t feel hack. The storytelling is as clear as it gets: Helen is sympathetic and motivated; the plot moves at a breezy pace. The jokes, as one would expect of Gimlet, are topical.

But where are we headed with fiction podcasts? I’m not convinced a good story cuts it. Sandra failed to engross me, to leave me with any feelings of love or sadness about these invisible characters. I felt like an idiot listening to Sandra, thinking to myself “Wow, I wish I could see Ethan Hawke right now.”

Loving Sandra necessitates a love of the unmistakable voices of Shawkat, Wiig, and Hawke, three performers I’ve always immensely enjoyed. As Helen, Shawkat is able to explore her range and she pulls off the vulnerable but assertive leading role with ease. Wiig, who has yet to find a character she can’t add something to, performs the robotic voice of Sandra. Hawke plays Shawkat’s boss Dustin, an eager middle manager that shares the excitability of every great Hawke performance.

The performers do as much as they can to make the seven episodes of this series pop. And the short episode length keeps the show from feeling uneventful, despite the fact that not much happens. The majority of the conflict is presented in the first act: Helen needs an escape; Donnie won’t sign divorce papers; and Orbital Teledynamics shouldn’t be absolutely trusted. When the show does find its main source of conflict — a regular Sandra-caller suffering from depression — it presents a tonal shift, pushing Sandra toward the thriller genre.

Sandra’s imagination is strong. Everyone involved was right to be excited about an Oklahoman woman acting as the conscience of an Alexa-adjacent AI system. The character of Helen is empathetic, one who gets invested in the problems of the random customers who have a quick question for their Sandra. When Helen takes her first great leap and intervenes in a couple’s argument, she successfully forces a breakup. Fearing obvious consequences for using her AI privilege to enforce her will upon two strangers, Helen goes to Dustin, who reacts positively to her taking action rather than reprimanding her. It’s the show’s strongest critique of Silicon Valley, of the corporate tycoons who refuse to stop believing that their products are always changing the world for the better.

Sandra has its sweet moments, anchored by Helen’s tenderness. But the show never stays in one mode for long, jumping from relationship drama in one scene to road trip thriller in the next. In fact, Sandra doesn’t want to commit to a genre at all. Despite its AI premise, the show is certainly more grounded in Helen’s ordinary relationships than in sci-fi fantasy. And when the show does tilt toward suspense, there’s a bit too much slapstick comedy to make the shift convincing.

It’s unclear what will make people pay attention to fiction podcasts en masse, but I don’t think it will be the conventional storytelling of Sandra. Gimlet’s optimism is boundless, as heard in the tongue-in-cheek ads that run throughout the network. The powerhouse has earned plenty of goodwill, and it will certainly keep searching for an indelible piece of fiction. There’s no shortage of ideas in Sandra, and its cliffhanger ending suggests a second season to come. But I have no relationship with radio fiction, nor do the majority of podcast listeners. It will take more than all-around competency to earn Sandra the honesty and spirit of discovery we associate with great podcasts.