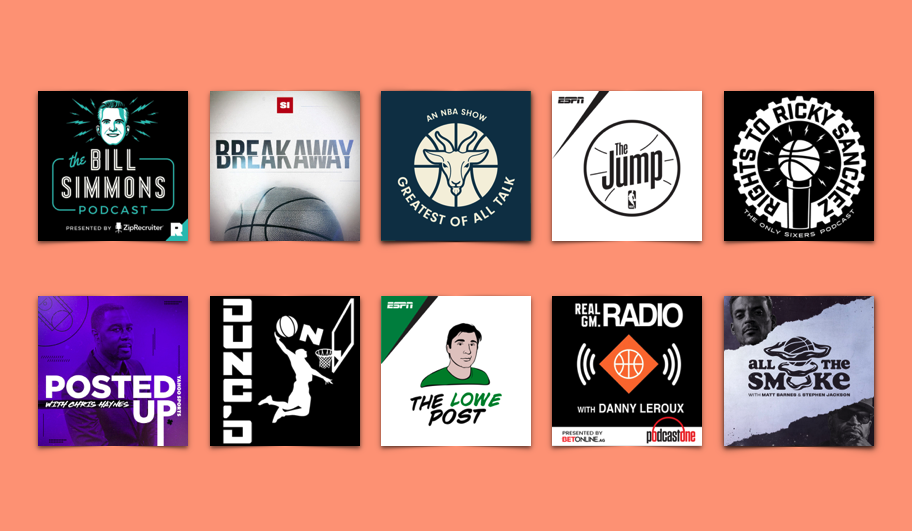 For the first time in four months, there’s basketball to talk about. The Disney slate of games is set to begin, as everyone unites in hoping that the scheduled games feel real, actually happen, and endanger no one. Here’s our list of the best NBA podcasts for any fans who want to re-immerse themselves. While most of these podcasts follow the familiar sports-radio-style format, a couple have made it clear that NBA listeners are ready for more. Since we rolled out our original list last October, two podcasting partners have reunited and gone independent, and two former players have established the NBA’s best interview show.

If you count the old ESPN BS Report, Simmons likely holds the title for hosting the longest-running major NBA podcast. His late 2019 spinoff show, The Book of Basketball 2.0, is an excellent document of recent NBA history as well, if a bit derailed by his decision during the pandemic to reassess every NBA draft since the mid-90s. Simmons has assumed the role of the NBA’s highest-profile historian, and his individual game recall remains unrivaled. 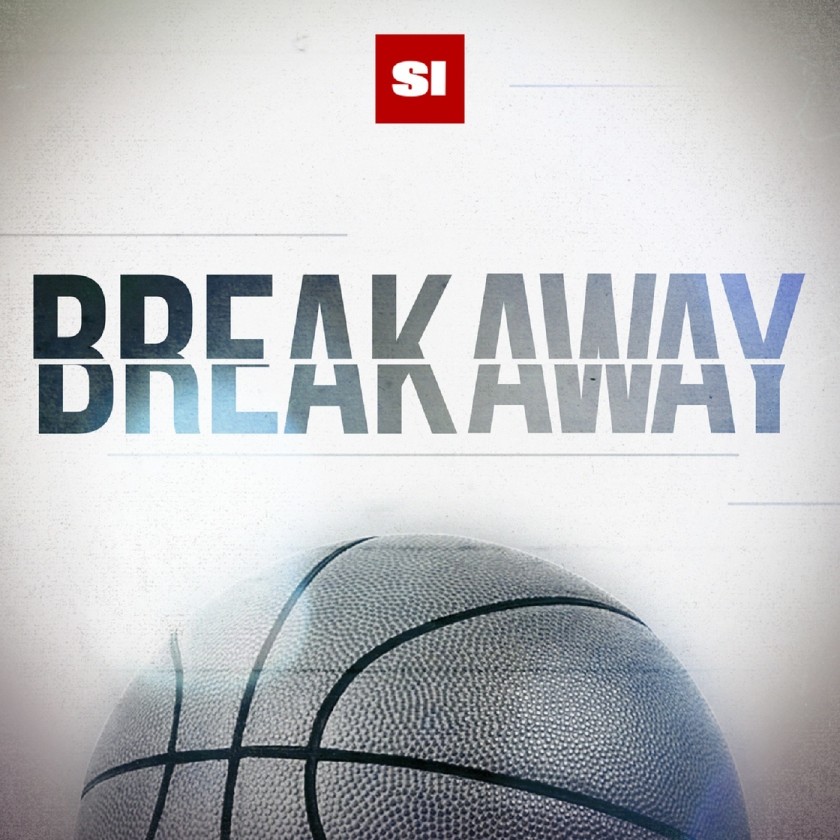 Including Breakaway on this list may be cheating, as it’s written rather than conversational, and does not run a regular schedule. It’s also the only NBA podcast we’ve written about on this site.

But Breakaway — in which host Rob Mahoney spotlights a single player or coach each episode as a means of understanding the larger function they perform within the league — is essential to understanding the NBA as it is. The audio profiles Mahoney has produced on players like Wayne Ellington, Julius Randle, Robin Lopez, or Andrew Roberson simply wouldn’t exist anywhere else. The show manages both to explain basketball at its most basic Xs-and-Os level, and to celebrate players who never otherwise would be on a national scale. The podcast’s best episode to date, spotlighting Damian Lillard, only becomes more exciting as Lillard’s legacy grows. 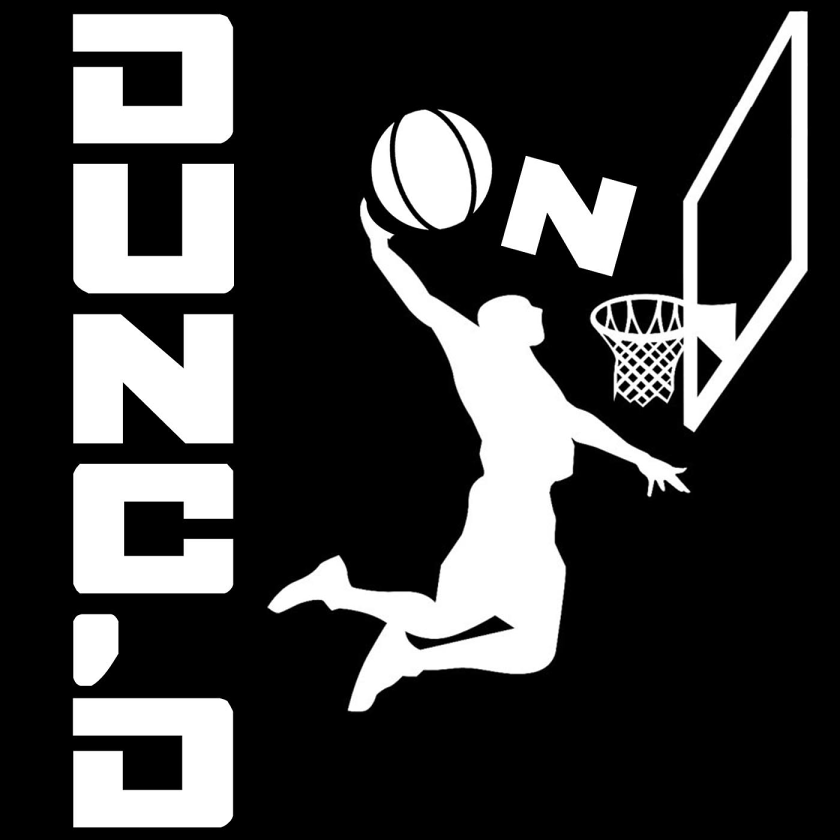 Nate Duncan and Danny Leroux’s podcast ranks as the most serious, unsentimental NBA podcast. This serious unsentimentality has a lot to do with the fact that it’s a rare daily sports podcast, posting game recaps consistently from October-June. It cannot be stressed enough that the two Athletic writers talk about basketball for 90 minutes, five times a week. That’s a level of productivity typically reserved for sports talk radio, and unlike sports talk radio, Dunc’d On is all analytics. This is the show to turn to for the deepest analysis, and for the narrowest focus on the games themselves. 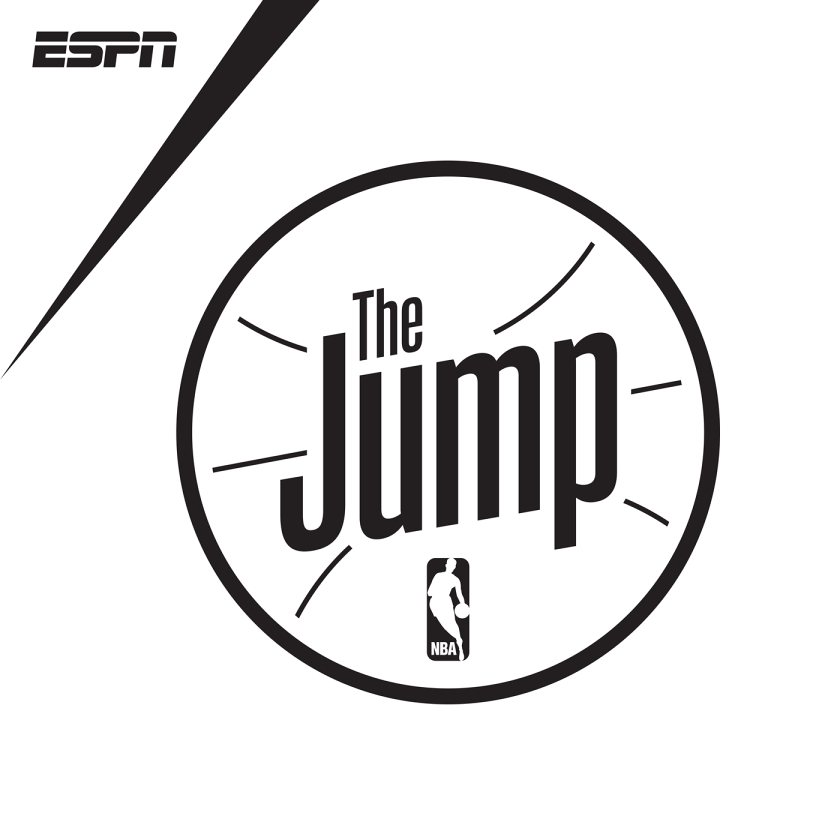 The Jump functions as an extension of ESPN’s NBA TV coverage, but is made worthwhile by Rachel Nichols’ hosting. She’s long been one of the league’s best interviewers, and hearing her in a looser format than she’s allowed on TV makes for easy listening. She’s joined by Amin Elhassan and a rotating cast of 2008 Celtics (Paul Pierce, Kendrick Perkins). ESPN’s non-Countdown NBA analysis is generally pretty good. If you can ignore the main event — the malaised game analysis of Pierce, Jalen Rose, and Chauncey Billups — you get the decent analysis and reporting of Nichols, Elhassan, Windhorst, and of course, Woj and Lowe. 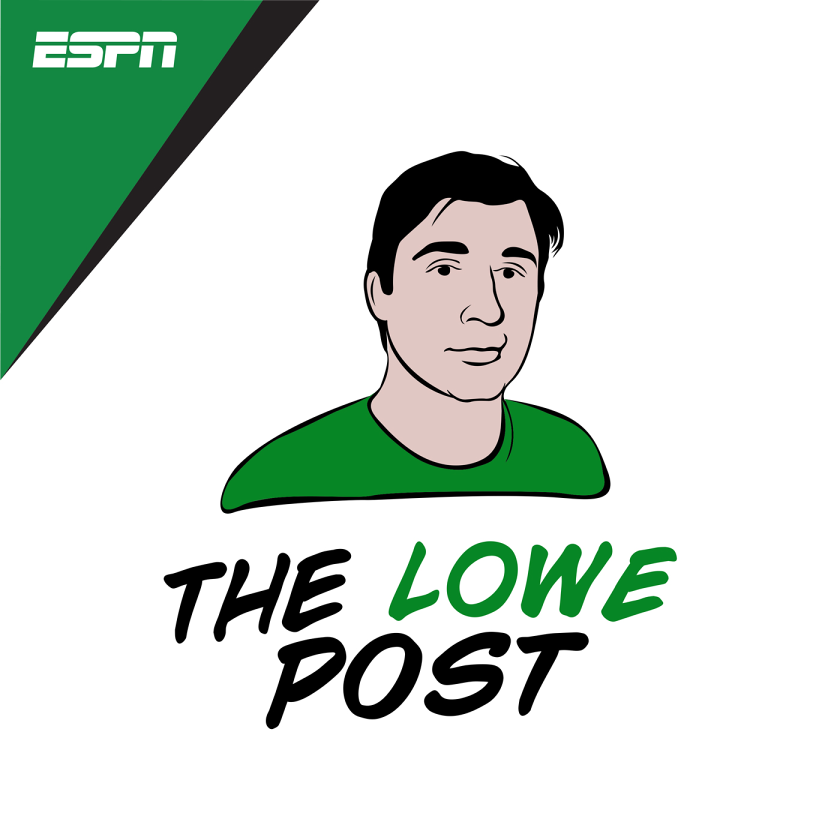 Lowe hosts his ESPN podcast nominally alone, supported by a rotating cast of fellow reporters and occasional player interviews. Lowe’s gift both as a writer and a podcaster is his ability to communicate his deep understanding of the game casually. He can explain a screen or a defensive rotation without a visual aid, and without losing you.

The Lowe Post ultimately strikes an excellent balance between analysis and personality. The show doesn’t stray too far from game talk, but Lowe’s jovial enough to let each episode wander into less-NBA-Head territory as well. 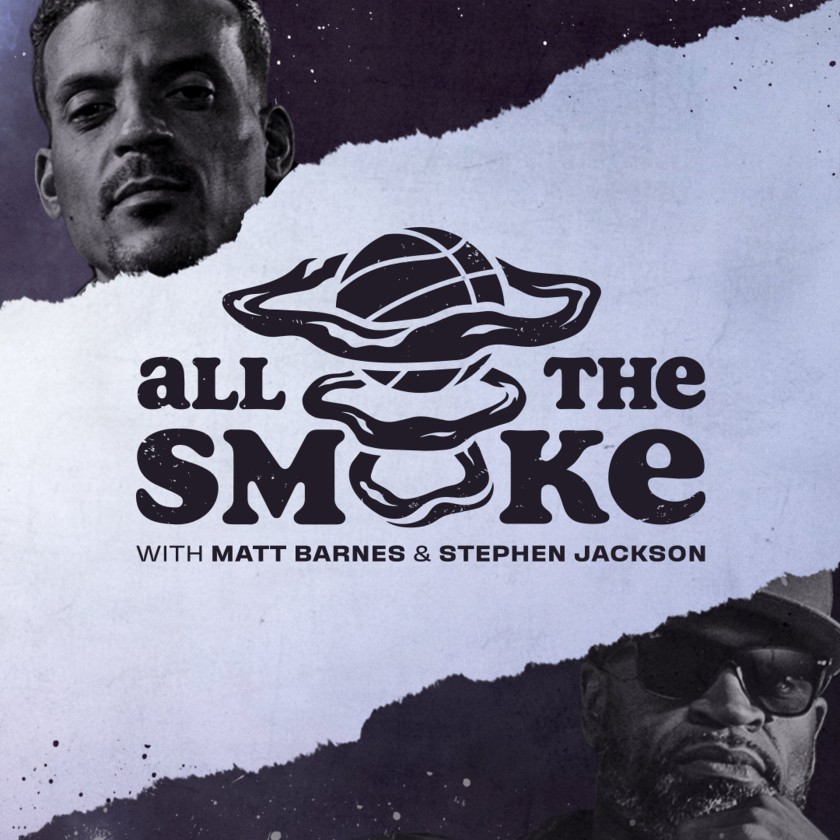 Dozens of players-only podcasts have emerged over the last two years, and since October, All The Smoke has proven itself the runaway winner of the category. Matt Barnes and Stephen Jackson were scrappy NBA wings, both picked in the second round, both title winners. Their excellent relationships with players across the league make for affable and lengthy interviews. Two hours between Barnes, Jackson, and Draymond Green offer a more complete account of Kevin Durant’s disenchantment with the Warriors than the media has ever been able to cobble together.

The podcast has not recorded a new episode since the end of May, when Jackson turned his attention to the murder of his close friend George Floyd. Jackson has had one of the more media-maligned careers of the past 20 years. He’s fighting for control of that narrative, giving fans the opportunity to recognize him as the beloved and trusted force he is among players. 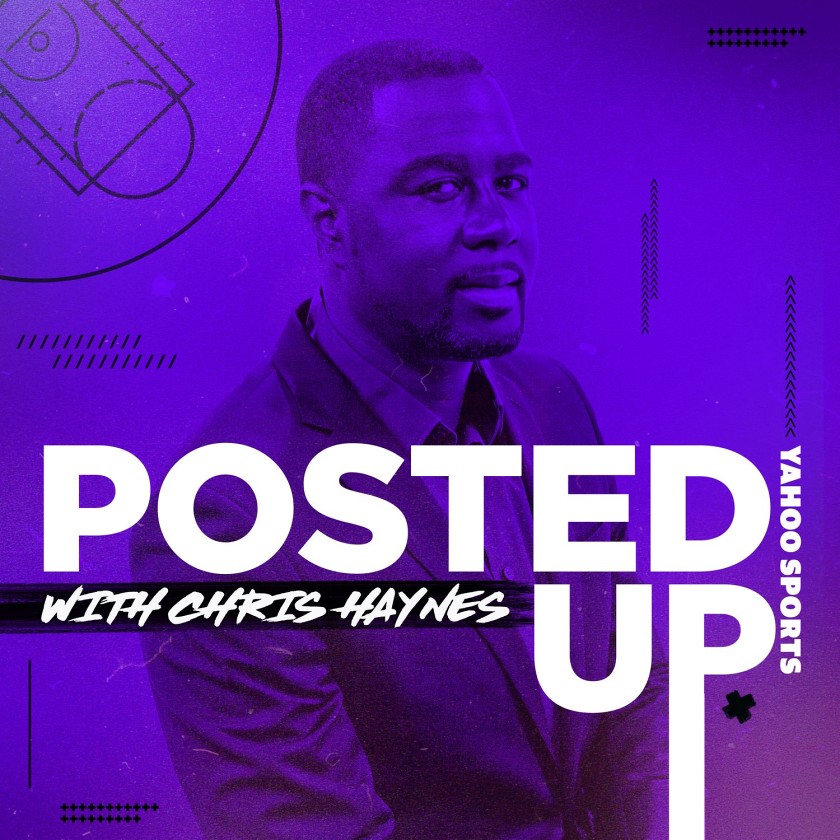 7. Posted Up with Chris Haynes

Haynes’ show, which as of writing has not aired since the end of last season, is the best interview show hosted by a major NBA reporter. Over the past several years, Haynes has established himself among the Shams’, Bontemps’, and Shelburne’s of the world as the NBA’s most-trusted, non-Woj sources. The NBA-podcast-interview landscape has become dominated by player-hosted shows, and it’s healthy to have Haynes keeping the journalist-hosted interview format alive. 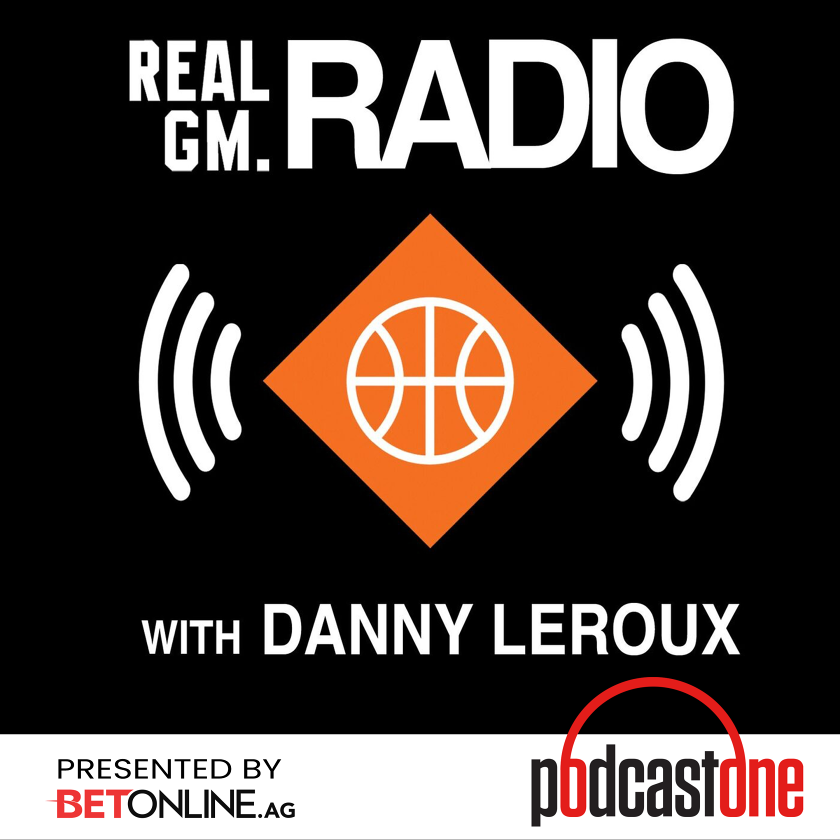 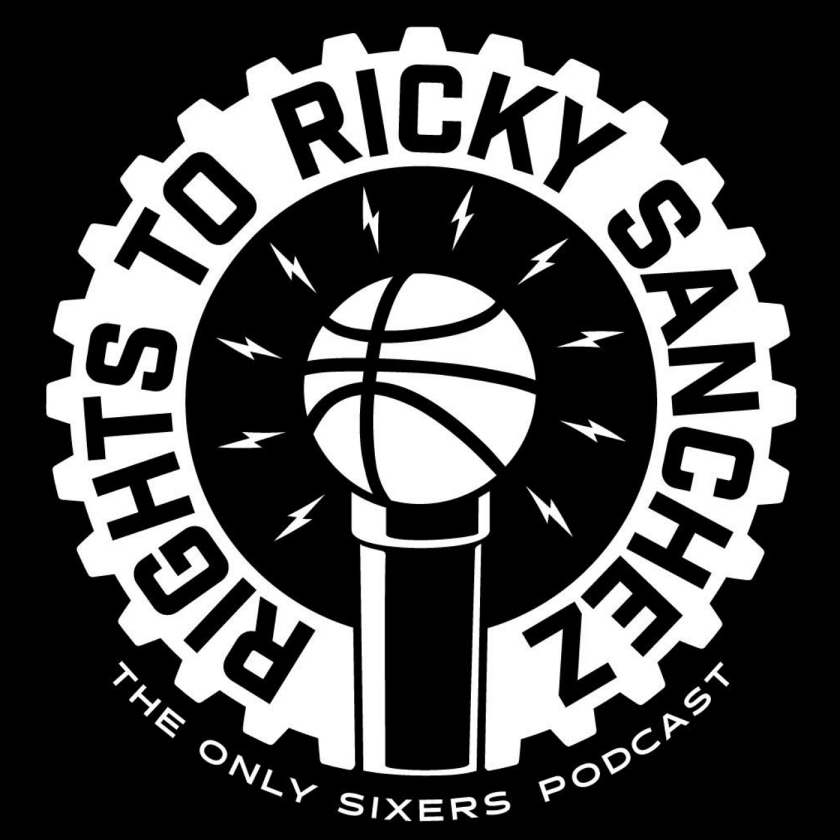 9. The Rights to Ricky Sanchez

Ricky is the only team-specific podcast on this list, and certainly the most cultish. Spike Eskin and Mike Levin have been piloting their Sixers ship since the depths of The Process, when the show existed to celebrate the shrewd, many-years-in-the-future-inclined trades of then-GM Sam Hinkie, and the occasional successes of scrappy NBA professionals (the Ish Smiths of the world). Now the Sixers have Joel Embiid and Ben Simmons and Tobias Harris and Al Horford, and are title contenders.

Ricky has always been about fandom, about how to make rooting for a bad team worthwhile. Spike and Mike understand the stories we tell ourselves about sports to keep the joy going as well as anyone. 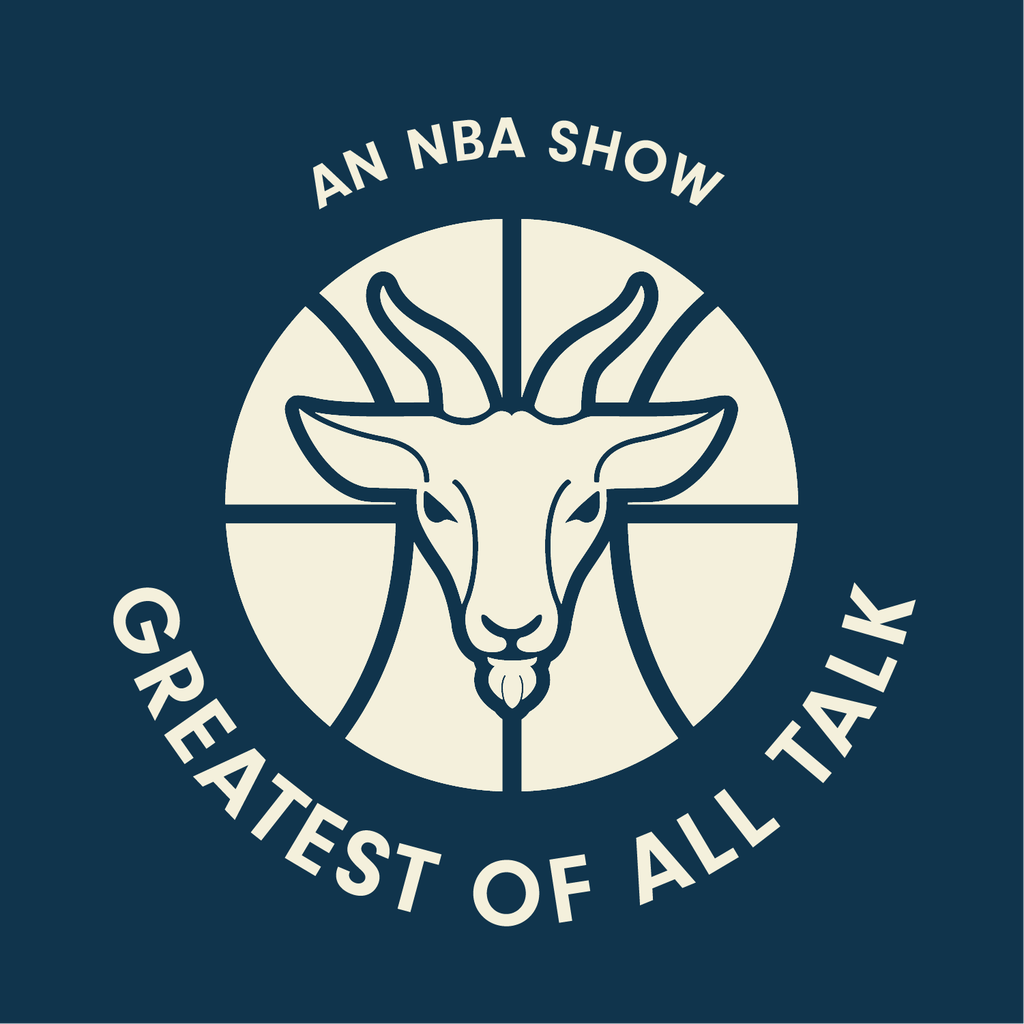 10. The Greatest of All Talk


Andrew Sharp and Ben Golliver ran Sports Illustrated’s Open Floor until SI’s mass layoffs made the partnership impossible on its platform. Though Golliver still hosts Open Floor, his reteaming with Sharp on this new subscription podcast is the superior offering. Sharp and Golliver have years’ worth of bits, and their well-established disagreements continue to make for easy listening. Banter-heavy podcasts like this one get better with time, and it’s nice to see the Sharp-Golliver partnership continue on into the future.