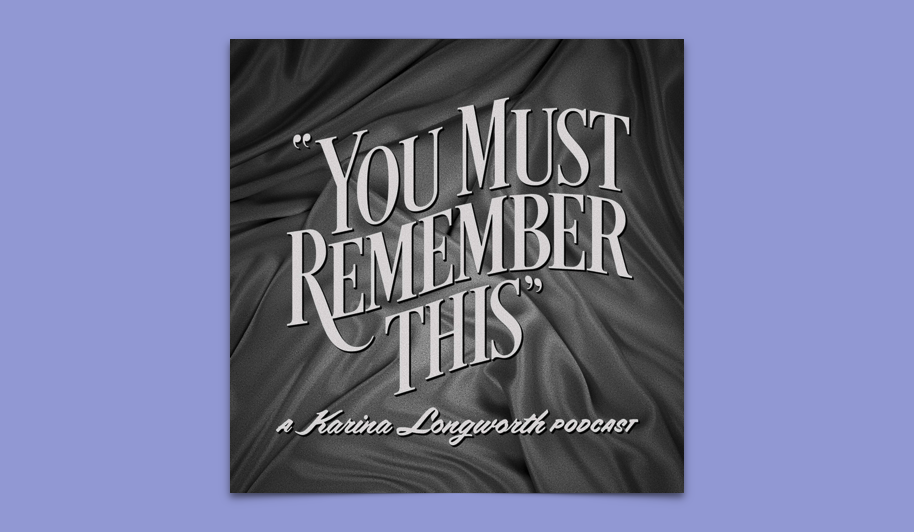 For more than 150 episodes, You Must Remember This has promised to deliver the “secret and/or forgotten histories of Hollywood’s first century.” With series ranging from a retelling of the Hollywood Blacklist years to a side-by-side comparison of Jane Fonda and Jean Seberg’s careers, the podcast’s seasonal structure has allowed creator Karina Longworth to craft hundreds of distinct profiles within the larger story of a Hollywood era.

What separates You Must Remember This from other history podcasts is the depth of its individual episodes, each of which holds up as a standalone story. In perhaps the show’s best season, “Charles Manson’s Hollywood,” Longworth devotes episodes to Dennis Wilson, Terry Milcher, and Bobby Beausoleil, figures often left out of the most basic retellings of the Manson murders. But the mission of “Charles Manson’s Hollywood” was not to lay out the facts of a couple days in August 1969, but to understand how the Manson Family came to be, and to recount the many tragic relationships Manson developed in and around Los Angeles. You Must Remember This is interested in the periphery of a story, in the impacted lives that get left out of Hollywood myth-making.

As Longworth debuts the You Must Remember This companion series Make Me Over, which will take on Hollywood’s relationship to the beauty industry, this week, we’re remembering some of the show’s best episodes, and laying out a listening plan for first-timers. Each episode below, listed in reverse chronological order, is representative of what made a particular season or era of the show an excellent piece of history.

Episode 146: Disney’s Most Controversial Film (Six Degrees of Song of the South)

The latest season of You Must Remember This is a standout, and the framing Longworth does in the opening minutes of the first episode is particularly helpful. As she explains, the vast streaming catalogue of Disney+ does not include the 1946 cartoon Song of the South, infamous for its plantation nostalgia. For anyone who has heard of Song of the South but is unfamiliar with the particulars of its story, this episode is an excellent guide.

Much more is known 90 years after the fact about the Hays Code than the man responsible for creating it. The season’s previous episodes, detailing the murders, suicides, and scandals that gave Hollywood a wicked reputation in the ‘20s and ‘30s, set the groundwork for understanding how a truly strange political figure came to decide what was to be allowed and not allowed on screen for the next several decades.

Beyond offering a rare even-handed history of the famous 1972 Jane Fonda photo taken in Hanoi, this episode spotlights the incredible grief both Fonda and Seberg suffered for their moral clarity. From start to finish, the “Jean & Jane” series proves the sincerity of Fonda and Seberg, and that they made true sacrifices, endangering their careers and often their lives, in order to support the Black Panthers and the anti-war movement as fully as they could imagine.

The episode takes on Barbara Loden’s career in two parts: first her time as a stage and film actress often involved with director Elia Kazan, and second her emergence as an independent filmmaker. Underwhelmingly celebrated upon its release, Loden’s Wanda gets the attention it deserves in Longworth’s retelling, as a masterpiece and a landmark in the history of American independent movie-making.

Choosing three episodes for a single spot in a top 10 list is an obvious cheat, but each act of the show’s Marilyn Monroe retrospective deserves a mention. The excellent “Dead Blondes” series, which studies the history of the blonde bombshell trope and the many blonde actresses in Hollywood history who have died young, is built around Monroe. Longworth explores how the actresses of earlier decades built the foundation for Monroe’s persona, and how Monroe’s career informed movie stardom in the decades that followed.

The final episode of the Manson series is largely about Hollywood’s reaction to the murders in the years that followed. It’s an unbelievable survey of gonzo ideas, featuring troubling reactions courtesy of Dennis Hopper, bizarre cultural analysis by John Waters, and Joan Didion’s still-startling coverage of the trials. The episode manages to tie together the sprawling history of the previous 11 episodes, and offers some observations on the unmistakable legacy of the murders in ‘70s Hollywood.

This early episode from the Manson series takes on Beach Boys drummer Dennis Wilson, and the contours of his relationship with the Manson family. It’s one of several tragedies peripheral to the murders that “Charles Manson’s Hollywood” covers, and the havoc Wilson’s early involvement with the Family wreaked on his life in the years after the murders is particularly devastating.

Davis has been a subject of episodes in different seasons, but the debut of the “Star Wars” series, which spotlights a number of different stars during World War II, offers perhaps the best profile of one of Hollywood’s most undeniable leads. Like much of this season, the first episode examines both Hollywood as an idea and as a city, as a producer of propaganda and as a community of professionals.

The earliest episode on this list offers a snapshot of Brando at a crossroads. His acting comeback, public activism, and destructive behaviors are all on display, as Longworth takes us through the years that saw the release of The Godfather and The Last Tango in Paris.