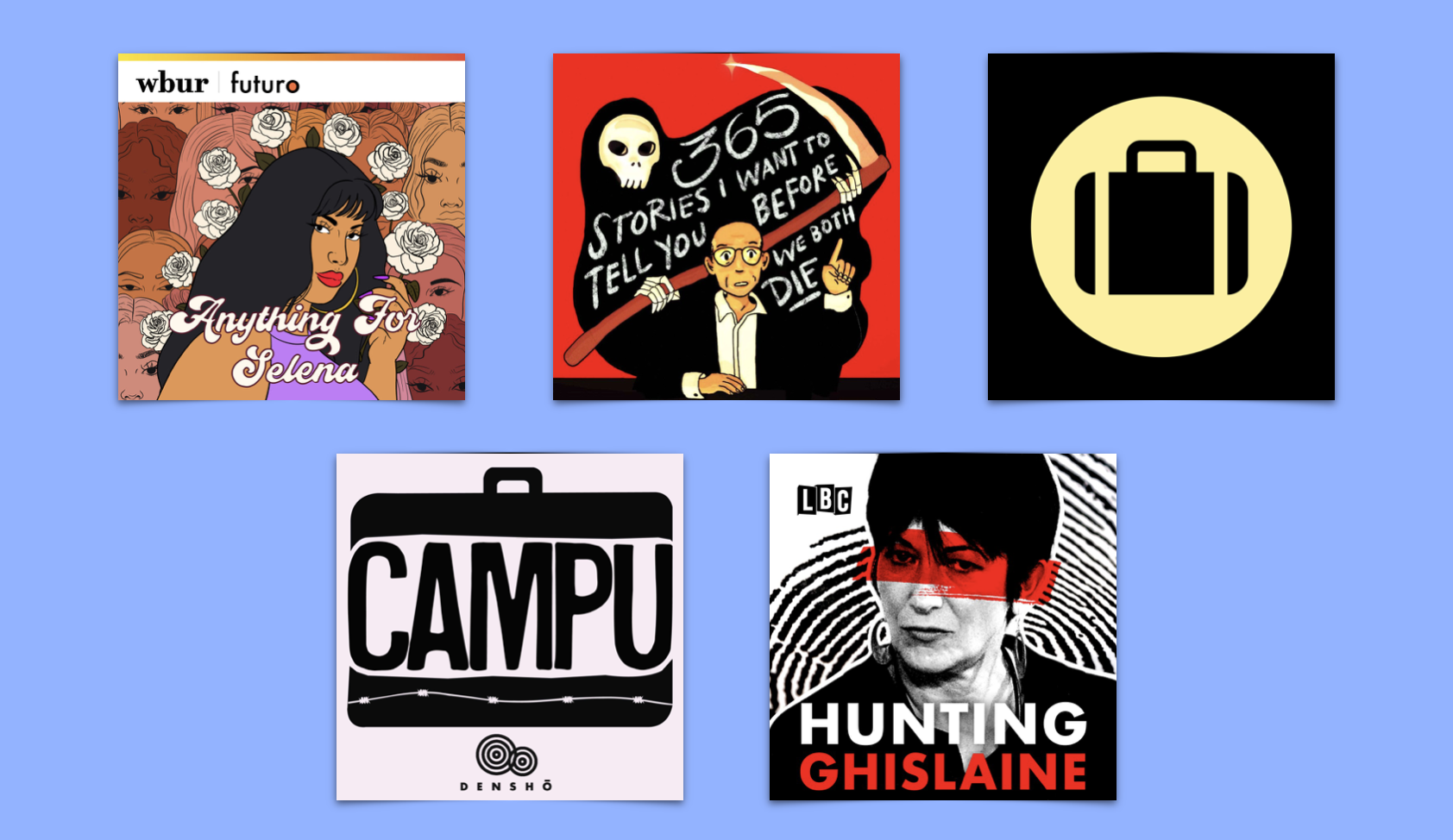 Each month, Podcast Review’s staff offers recommendations on the best new podcasts to listen to. Here are our favorites for January:

Anything for Selena is host Maria Elena Garcia’s investigation into the pop star’s legend, still growing 25 years after Selena’s death. The WBUR and Futuro Studios co-production takes the big picture approach to Selena’s history. What shines through in the initial episodes is Garcia’s true love for Selena’s short and brilliant career. There’s a lot to cover in any Selena project, from the imprint she left on Latin American music in the US to family dynamics to the murder itself. Anything for Selena is wise to always return to the personal, centering the power Selena holds in so many fans’ lives.

365 Stories I Want To Tell You Before We Both Die

In this new podcast from Prologue Projects, Caveh Zahedi plans to tell one story from his life on each day of 2021. Best known for his 2005 film I Am a Sex Addict and his ongoing TV series The Show About The Show, Zahedi is what you might call an autobiographical filmmaker. And so, while 365 Stories may be one of his first forays into podcasting, Zahedi is no stranger to telling stories about himself. What’s different about this show from Zahedi’s other work, however, is its brief length — each episode ranges from one to five minutes — which helps him avoid some of the more self-obsessive tendencies that color his films. (To be clear, these tendencies are also what make his films great.) Consider listening to this frequently funny and poignant podcast as a kind of daily koan.

It might appear brave, even foolish, to launch a travel podcast during a pandemic, but Will Conway, the host of Baggage Claim, proves he’s a bit of both during the retelling of his worldly misadventures. Featuring the “travel stories no one tells,” the podcast is a non-chronological narrative of Conway’s anecdotes, some merely comical, others bringing him close to death. The episodes, which are much like vignettes, are set to music, and they soothe as much as they keep you immersed. With thirty installments in the first season, Baggage Claim is an ambitious reinterpretation of the travel story format.

The details of Jeffrey Epstein and Ghislaine Maxwell’s ring of child trafficking and sexual abuse are as distressing and shocking as you would expect from two of the most talked about names in tabloid news. With Maxwell sourcing young teenage girls, Epstein used his wealth and manipulation to evade prosecution and insulate himself with powerful friends. Hunting Ghislaine, hosted by John Sweeney and produced by LBC Podcasts, focuses on the more elusive of the two, Ghislaine Maxwell, and how she came to be Epstein’s confidant and enabler. The show is well researched, if somewhat pulpy at times. The details of the show are gripping, delving deep into her upbringing and the far-reaching connections between Epstein and the world’s rich and powerful.

On Campu, a limited series from the nonprofit organization Densho, brother and sister Noah and Hana Maruyama interview Japanese Americans who were forcefully removed from their homes and incarcerated during World War II. Each episode explores the experience of this incarceration through stories related to different objects, starting with rocks, which Noah and Hana’s great-grandfather, Seiichi Tsuji, collected during his time at the Heart Mountain Concentration Camp in Wyoming. On the podcast’s latest episode, “Cameras,” we learn the story of Toyo Miyatake, who owned a photography business in Los Angeles before his relocation to Manzanar. Miyatake was unable to bring a camera with him — it was considered contraband — but he did bring in a lens. Later in the episode, after a nuanced history of how Japanese Americans were portrayed during this time to certain political ends, we hear how Miyatake was able to get a camera made inside the camp and went on to create a photo studio there. What’s impressive about Campu is how artfully it tells intimate stories like this one alongside the larger histories of this shameful period.