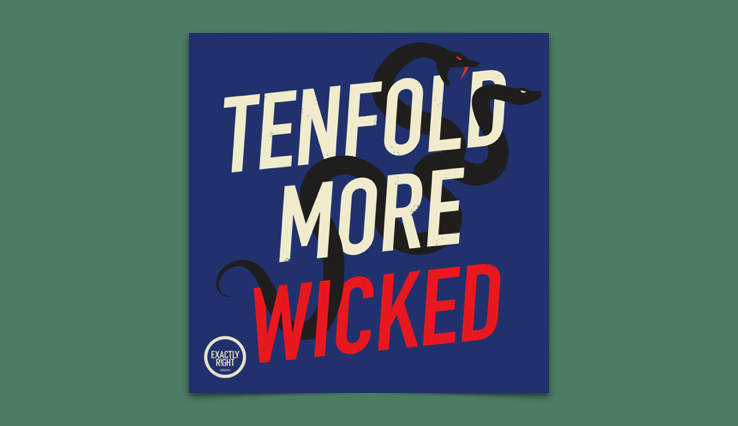 In the last few years, the true-crime genre has enjoyed a critical resurgence. What used to be dismissed as schlock is now acknowledged as culturally and artistically important, and Networks, creators, and consumers are pouring time, care, and money into high profile podcasts, documentaries, and books.

This shift is nothing new. High culture is shortsighted, and popular genres like crime fall in and out of favor with a frequency as predictable as it is frustrating. This revival, however, opens the door for a fruitful cross-pollination between the sensationalism of true crime and the more experimental markers of avant-garde filmmaking and literary fiction. Process and context are prioritized over plot and gory details, and there is a tighter focus on how crime is consumed and how blame is assigned and often constructed. At its best, the current wave of true-crime productions plumbs history, sociology, and psychology, attempting to understand why individuals cheat, injure, and kill as well as society’s response to them. Standout podcasts like You’re Wrong About and In the Dark have found great success with this method, honing in on the way crimes are misremembered and repurposed, rather than sticking to traditional narrative beats.

Neither approach is inherently better or worse, although one often highlights the blind spots of the other. At their best, process-driven podcasts shed a light on the stereotypes and fearmongering found in traditional crime narratives, that flatten humanity and appeal to deeply held cultural prejudices.

For all of these reasons, I was skeptical when I began Tenfold More Wicked, the new true-crime podcast from host Kate Winkler Dawson and Exactly Right Media. The first season, subtitled “All That is Wicked,” is devoted to old-fashioned storytelling, with plenty of cliff-hangers and dastardly deeds set in motion by a chilling villain. During the first several episodes, I fretted about what the point of it all was — as if a true story, expertly told, wasn’t enough. I shouldn’t have worried. The podcast’s addictive plot and skillful foreshadowing create a dark vision of the American Dream that, in its final episodes, highlights ongoing debates on neurology and the concept of the criminal brain, proving that thought-provoking commentary and pulse-pounding storytelling can skillfully co-exist.

Edward Rulloff, the murderer and self-made academic at the center of “All That is Wicked,” is fascinating because of his devotion to the U.S.’s idolized principles of reinvention, ingenuity, and self-improvement. He also allows his ambition and ego to excuse his callous disregard for human life. Listeners follow Rulloff as he immigrates from Canada to rural New York as a young man and becomes entangled with the well-regarded Schutt family. After marrying the teenage Harriet Schutt, his controlling jealousy blooms into hatred and violence. After poisoning his sister-in-law and her infant, he kills Harriet and their daughter Priscilla after a violent argument.

Dawson relies heavily on primary sources as she constructs a rise, fall, comeback, and reckoning for Rulloff. She also interviews living members of the Schutt family, local historians and journalists, and academics. This rich array of perspectives gives shape to the strong narrative voice she develops, one that is punctuated by excellent production that evokes the sound of hoofbeats on dirt roads, the splash of bodies in deep lake water, and the ring of hammers pounding away at a gallows.

In this retelling of Rulloff’s life, the most chilling aspect is his unfailing belief in his own genius and invulnerability. After a stint in prison, he continued to cheat and rob the residents of Upstate New York, all while working obsessively on a manuscript expounding on his theory of linguistics, which he was sure would change the world. Even more fascinating is the notoriety and celebrity that gathered around him, which seemed to echo his outsized views of himself. When he was sentenced to death after a botched robbery led to the death of a store clerk, there was a lively debate over whether his linguistic work should pardon him — wouldn’t it be short-sighted to kill a man of such talents?

Tenfold More Wicked plays its trump card when it tackles the contemporary responses to this question, and the modern debates that grew from them. Rulloff’s manuscript was eventually judged clumsy and out of date. Public sympathy cooled. After his gruesomely described death, his brain was excised, and its unusual size helped quash racist and sexist phrenological beliefs, which held that the moral and intellectual superiority of white males was clear because of their large brains. If an unrepentant killer like Rulloff had one of the largest brains on record, clearly this was bunkum. Other abnormalities, however, would lead experts to wonder if Rulloff was biologically wired to kill, and if he had any choice in the murders that came to define his life.

This tangling of neurology and the justice system continues today, even though, as “All That is Wicked” points out, we still know extraordinarily little about the workings of the human brain. “People really think that the brain can justify behavior,” says one of Dawson’s interviewees, Dr. Frederica Coppola, a lecturer at Columbia Law School. “This is totally mistaken.” The podcast wisely offers no firm solution or closure to this fraught question, allowing the possibilities to linger and haunt what could otherwise have been a simple tale of justice sought and won.

In its commitment to classic storytelling techniques like an action-driven plot, rising tension, and thematic character development, Tenfold More Wicked creates a puzzle that is just as thrilling as any sensationalist documentary, and just as thought-provoking as the best true-crime podcasts. It forces its listeners to work to unearth significance, scattering clues and drawing out tension like a high-stakes mystery novel. Like the best mysteries, it also ends with a burning question that, in some ways, can never be answered: What drives people to kill? And how different are they, really, from the rest of us?

Claudia McCarron is a writer of fiction and nonfiction. Her work has appeared in The Los Angeles Review of Books, Lunch Ticket, the Ploughshares blog, Avidly, and elsewhere. She is also the coauthor of Hey, Kid!, a monthly newsletter discussing children’s literature, film, and entertainment. She lives in West Virginia.