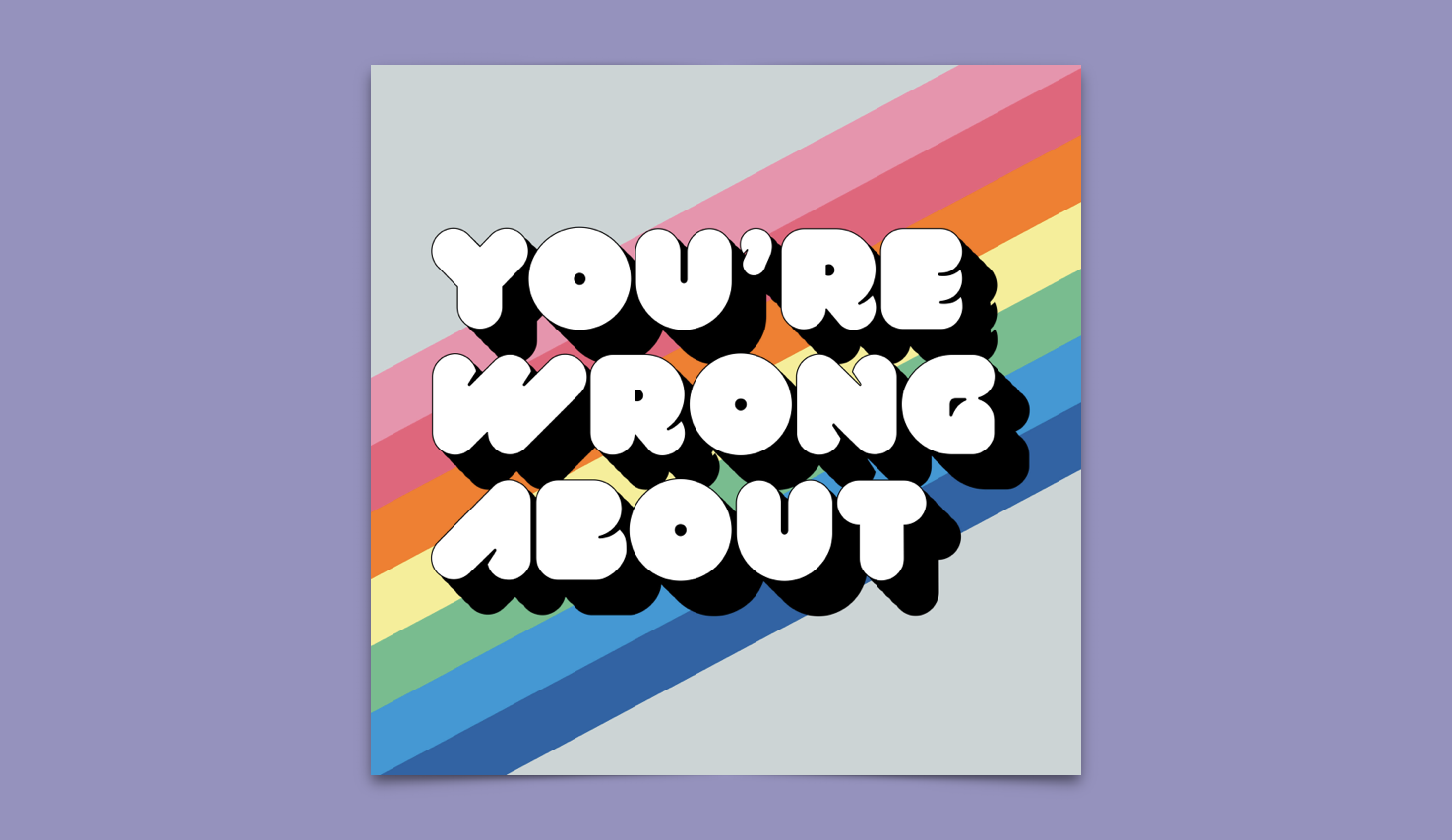 The premise of You’re Wrong About is simple: each week, journalists Sarah Marshall and Michael Hobbes take turns enlightening each other on a misunderstood historical trend, character, or event; previous topics have included Princess Diana, killer clowns, the Newsboys’ Strike, the Y2K bug, and the Kitty Genovese murder. Through painstaking research, and with their very particular brand of dark but compassionate humor, Marshall and Hobbes uncover different angles on cases that are generally considered to have been long closed.

You’re Wrong About is much livelier than your average history podcast, and that’s largely due to the emphasis Marshall and Hobbes put on empathizing with their subjects. They are both active listeners, each responding to the tale they’re being told as if it happened to a mutual friend (“Aww sweetie” has become one of the show’s most beloved catchphrases). They frequently pause the narrative in order to discuss times when they’ve had similar experiences to that week’s protagonist, and what they’ve done in their situation. The hosts’ infectious enthusiasm, and desire to understand the people at the center of these narratives, makes even the seemingly less interesting topics feel relevant and fresh.

While there are multi-part series that you really should listen to in chronological order — the show has done four episodes on the DC Snipers, five on Princess Diana, and eleven on the OJ Simpson murders (and they haven’t even gotten to the trial yet!) — for the most part you can just pick a title that appeals to you and press play. Still, the more you listen to You’re Wrong About, the richer an experience it becomes. Themes start to emerge. The very first episode was about the “Satanic Panic” of the 1980s (Marshall is writing a book about the phenomenon), when swathes of people became convinced that in every town and city in America there were hundreds of Satanists sacrificing babies (spoiler alert: there weren’t). Examples of other moral panics recur often. Another prominent theme, domestic abuse, plays a big role in a disheartening number of episodes.

Indeed, You’re Wrong About had the potential to be a bleak endeavor. There’s not a lot of light subject matter here, and even topics which appear frivolous at first glance — such as Janet Jackson’s infamous wardrobe malfunction or Jessica Simpson’s autobiography — contain upsetting elements. Marshall and Hobbes are mostly dealing with people (and let’s face it, it tends to be women) who have had their lives destroyed by sensationalist media and/or abusive partners. It’s not uncommon for one or both of the hosts to become audibly emotional when they describe the terrible things that have happened to one of their unfortunate subjects – it’s all a part of the empathy which makes the show special.

There are truly heart-breaking episodes of You’re Wrong About, and yet to call it a depressing podcast would be reductive. With remarkable skill, the show traverses a difficult tonal line between being respectful of the tragedies at hand, and amused at the foibles of the personalities they encounter along the way. Various surprise celebrity cameos — Michael Bolton’s appearance in the O.J. Simpson series was an unexpected highlight — are a common occurrence, and the hosts never fail to delight in them. Marshall and Hobbes’s rigorous research uncovers plenty of charming details that enliven their stories further, like Princess Diana’s love of the very un-royal British soap opera EastEnders or Jessica Simpson’s unusual friendship with Willie Nelson. Yes, You’re Wrong About might well bring you to tears, but it’s just as likely to make you laugh; often it’ll do both in the same episode.

More than anything else, You’re Wrong About is a public service, although with none of the bureaucratic dullness that that phrase implies. Hobbes and Marshall are a pair on a mission, each week rescuing the unfairly discarded from the scrapheap of history, brushing them off, and sending them on their way with words of encouragement. In the process, we as an audience learn so much: how to consider these sensationalized public figures as real human beings, how what we think of as “facts” are often the result of shoddy reporting and contemporaneous bigotry, how easily these “facts” become widely accepted as the truth. In a world in dire need of both more empathy and better media literacy, You’re Wrong About is a vital, engaging listen.