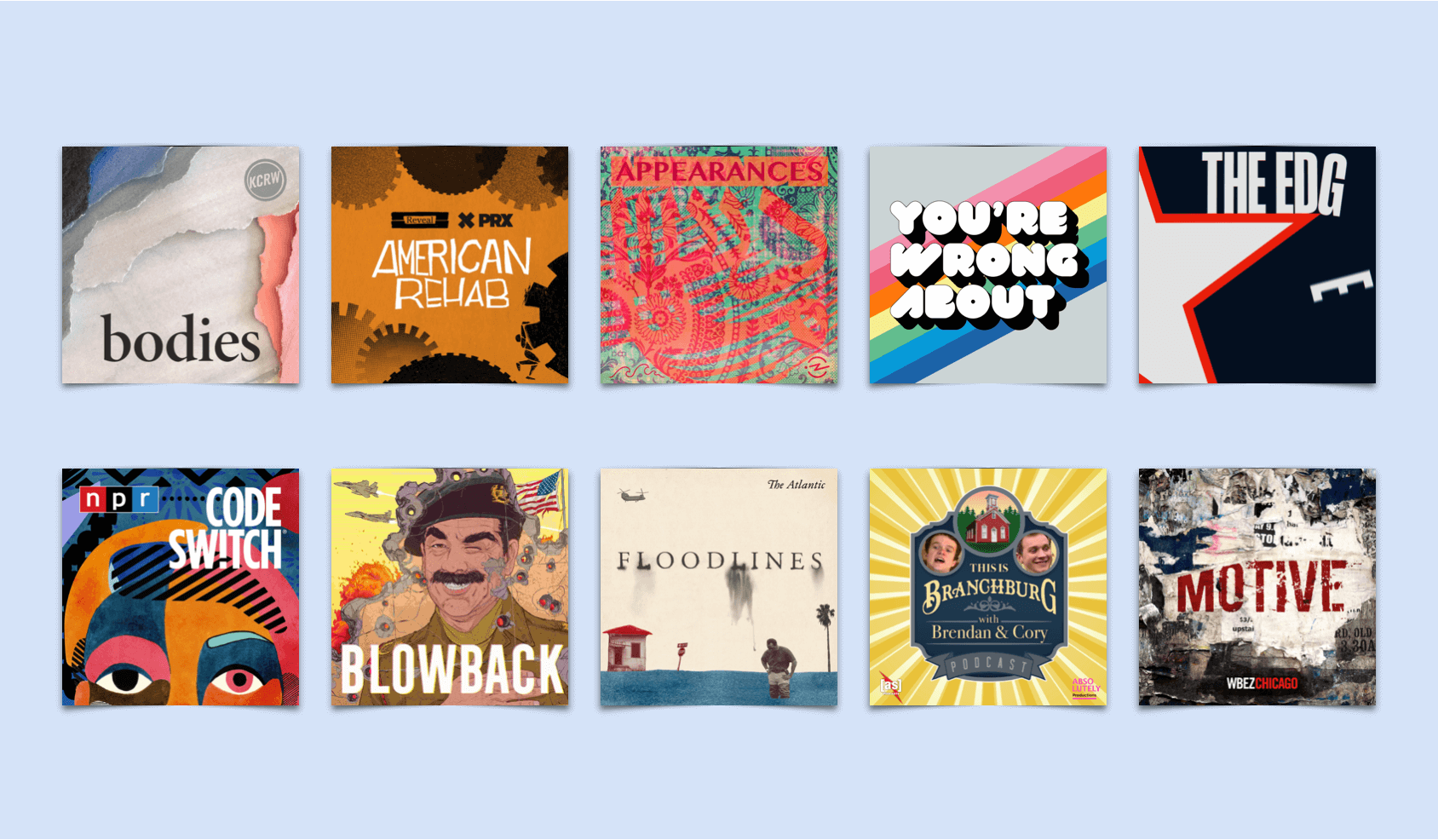 As chosen by Podcast Review’s staff, here are the ten best podcasts of 2020: 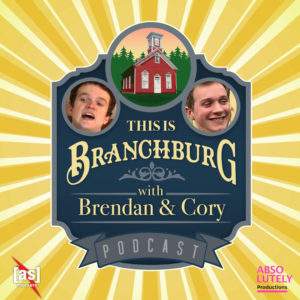 From Abso Lutely Productions, the group behind Tim & Eric, Nathan For You, and The Eric Andre Show, comes one more deranged entry. Written and performed by Brendan O’Hare and Cory Snearowski, This Is Branchburg takes place in the town of Branchburg, New Jersey, a place of bewilderment and surprise. The town is made up of regular folks, like a milkman, a volunteer Santa, school principals, and pizza shop employees — and their trials and tribulations are unpredictable and hilarious. There is no other show where I am more unsure what the next segment will be, or more excited to hear it. This Is Branchburg is the weirdest, funniest podcast of the year. – Lars Odland 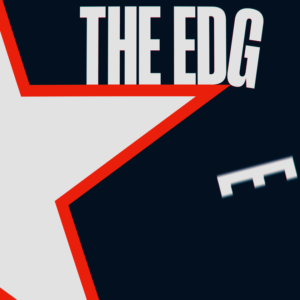 Ben Reiter, host and creator of The Edge, dove into the Houston Astros’ sign-stealing scandal as a response to Astroball, his own book on the team’s half-decade of success. The show’s subject is Jeff Luhnow, former Astros President and GM, who built the team into a World Champion and brought a cutthroat, Wall Street-adjacent approach to baseball operations. What makes The Edge the best narrative sports podcast of the year is the big question it tries to answer: how is the increasingly-ubiquitous Luhnow approach changing the game? It doesn’t quite deliver an answer (other than the obvious point that viewing players and employees as assets makes organizations less moral and humane), but it does try to diagnose. The Edge is reaching toward the evolution of Moneyball, a trend that has gone beyond a hyperfocus on analytics and toward a way of looking at baseball that sucks life out of the sport. – Jake Greenberg 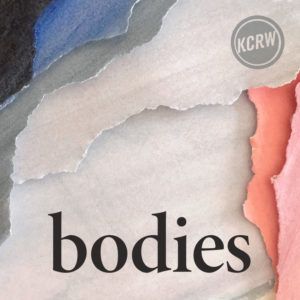 When Allison Behringer isn’t working on The Cut’s recently relaunched podcast, she hosts and produces Bodies, a series that uses storytelling to chart people’s obscure medical journeys. With a specific focus on the experiences of those from marginalized communities, Bodies highlights how racism, sexism, and economic inequality all contribute to misdiagnosis. A genre-defying podcast that is neither self-help nor mystery, Bodies’ mission is to understand our physical selves in spite of the many societal factors that conspire to prevent us from doing so. Without judgement or shame, Behringer’s narration is the show’s biggest asset. Rigorous when necessary but always reporting from a place of empathy, Bodies’ second season is essential listening. – Alice Florence Orr 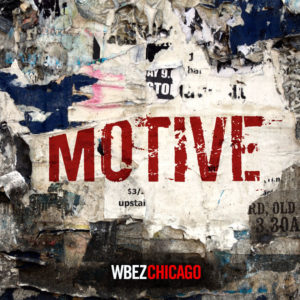 In its third season, Motive uncovers the contemporary history of white supremacist and Neo Nazi movements in the United States, beginning with a small group of wayward teens in Chicago in the 1980s. By demonstrating connections that older, forgotten groups have to people who made headlines during BLM demonstrations this year, as well as to more deadly figures like Dylann Roof, host Odette Yousef shows how these organizations continually rebrand themselves to avoid being pursued as the terrorists they plainly are. If during Donald Trump’s time in office you ever wondered where the country’s white supremacists had been hiding, Motive offers many important answers. – Nic Dobija-Nootens 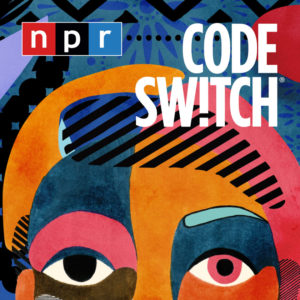 “When Xenophobia Spreads Like a Virus,” “Who Counts in 2020?,” “A Decade of Watching Black People Die,” “Is It Time to Say R.I.P. to POC?,” “Black and Up in Arms.” It’s always impressive how many great episodes Code Switch releases each year, and 2020 was no different. The weekly podcast hosted by Gene Demby and Shereen Marisol Meraji (and backed by an excellent team of reporters and producers) has been essential listening since its launch in 2016. And in a year dominated by discussions of race after the police killing of George Floyd, the show has become indispensable for anyone looking to better understand issues of racial and cultural identity. No other podcast combines rigorous journalism with honest conversation quite so seamlessly. – Jack Conway 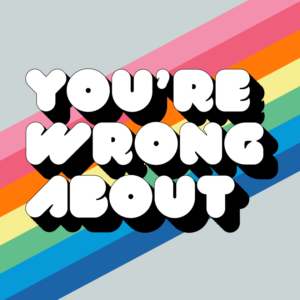 The premise of You’re Wrong About is simple. Each week, journalists Sarah Marshall and Michael Hobbes take it in turns to enlighten each other on a misunderstood historical trend, character, or event; past subjects have included Princess Diana, the Kitty Genovese murder, the Newsboys’ Strike, the Y2K bug, and killer clowns. Through their diligently researched, frequently hilarious history lessons, you not only gain a much better grasp of the matter at hand, but a more nuanced understanding of how prejudice and flimsy reporting all too often result in “facts” which couldn’t be further from the truth. – Chloe Walker 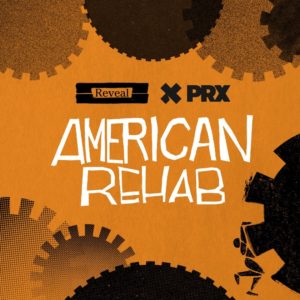 Three years after their work on unpaid labor at rehabilitation facilities made them finalists for the Pulitzer Prize, the Reveal team returns to the story with their first ever extended series. In a mix of history and investigative reporting, American Rehab spans sixty years and exposes the twisted practices of former drug rehabilitation organization Synanon and the programs that sprang up in its wake. Always eye-opening and often shocking, American Rehab shows the listener not only the physical toll of forced labor in unsafe work conditions, but also the psychological toll of long workweeks and centers with verbal abuse as a punishment. Through it all, Reveal never loses sight of the fact that it has the power to change lives, perhaps even save them. Their research uncovered 300 rehabilitation centers that require unpaid labor, and, in November, Senators Elizabeth Warren and Tammy Baldwin asked the Government Accountability Office to investigate the issue. The struggle isn’t over yet, but as the best journalism so often does, Reveal has made sure to keep the problem in the national spotlight. – Kevin Chang Barnum 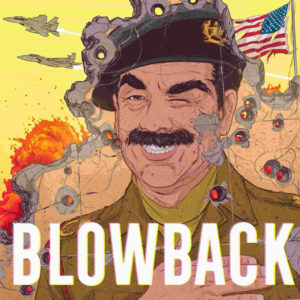 Noah Kulwin and Brendan James treat the perpetrators of the Iraq War with the mockery and contempt they deserve. Blowback is an excellent piece of history, one that documents the misadventures, deceits, and war crimes that characterized the United States’ relationship to Iraq for more than half a century. This style, incredibly well-researched storytelling with a clear perspective, is unique on Blowback’s scale. Kulwin and James’s show is the first conventionally narrative one to gain traction out of the vast universe of left podcasts — which even when retelling history tend to stay conversational — and hopefully a predecessor to many more. In its first season, Blowback offered the sharpest political commentary I heard this year. – Jake Greenberg 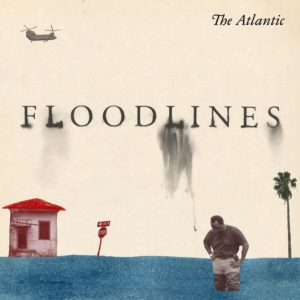 If you’re looking for your next narrative podcast to dig into, this is it. Floodlines tells the history of Hurricane Katrina, illuminating how the perfect storm of misinformation, historic racism, and ineptitude by the federal government made a manageable Category 3 storm so needlessly brutal. At the heart of the story is Le-Ann Williams, a New Orleans local who was 14 when Katrina hit. We follow Williams from her pre-storm life (honor-roll, college prep), to being displaced from her home, to the present – where she is still working to recover from Katrina, paycheck by paycheck. Floodlines host and Atlantic reporter Vann R. Newkirk II weaves interviews with other survivors, onsight reporters and government officials throughout the podcast. But it’s Le-Ann’s story that captures what is at stake when a government fails to properly prepare for a crisis. – Nikki Lohr 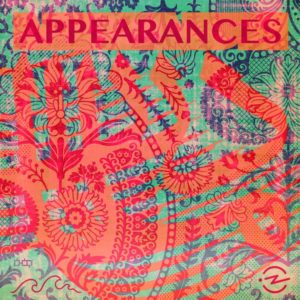 Listening to Appearances reminded me of the excitement I felt when I first fell in love with podcasts. It’s not just that the show is heartbreaking and impossible to turn off, it’s that it elevates the medium to a place I have rarely, if ever, heard before. Appearances follows Melanie, a mid-thirties Iranian-American woman living in New York — based on Appearance’s writer/director/sound designer Sharon Mashihi — as she tries to reconcile her desire to become a mother with the desires of her own mother, who, it seems, always disapproves of Melanie. The series introduces us to a range of characters, many of whom are played by Mashihi herself, whose flaws are painted with such compassion that we never know whether to love them or hate them. Appearances isn’t a simple story of generational clashes. It’s a story where nothing is easy, where dramatic pain and sensuality often coexist, and where everything from nervous bathroom mutterings to the history of local window blinds can feel revelatory. Through its narrative complexity, and the kind of self-conscious honesty that you can only find in audio, Appearances is a tour de force that redefines what we should expect from podcasts. – Kevin Chang Barnum