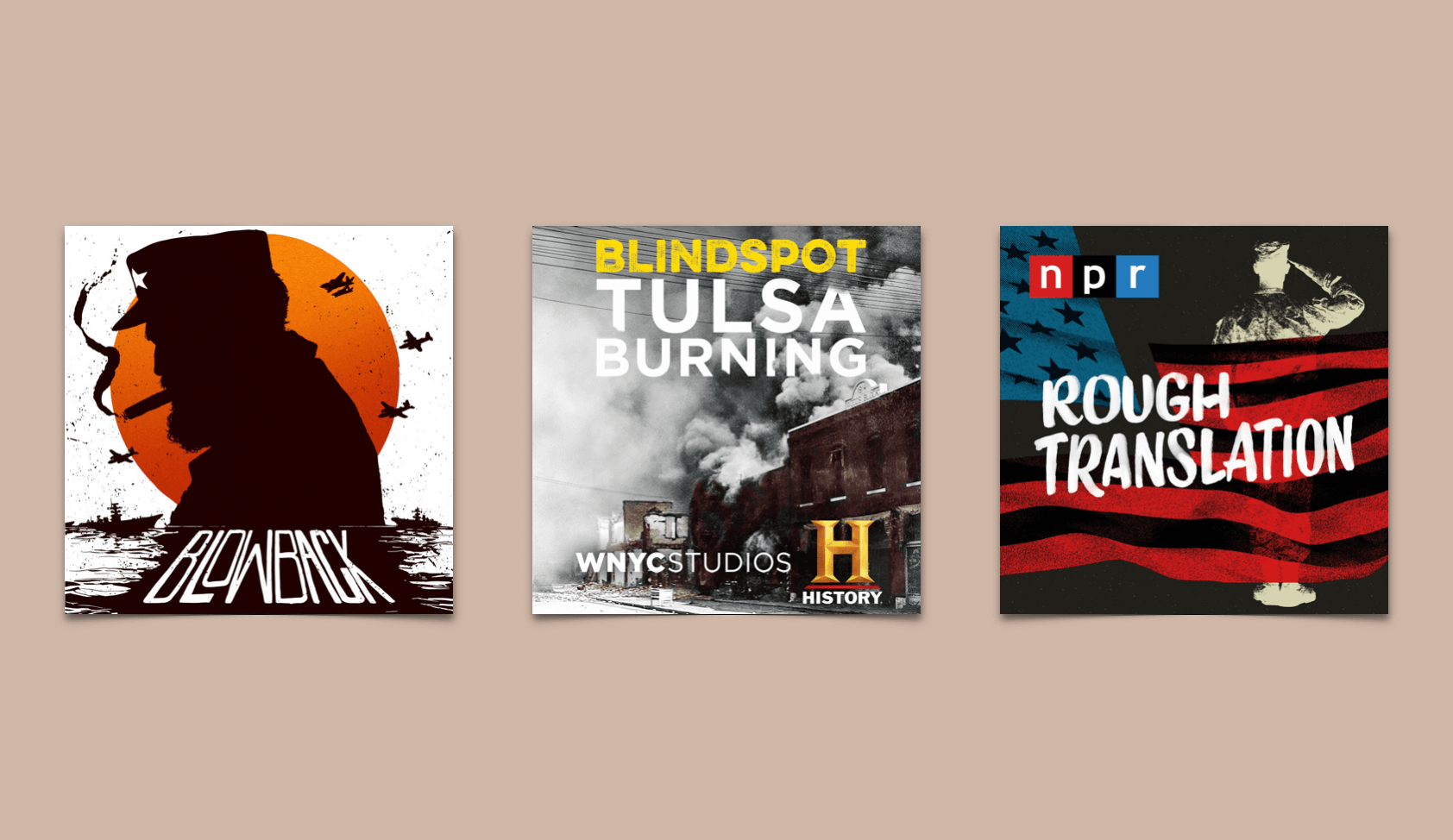 Brendan James and Noah Kulwin return for season two of Blowback, this time covering the last six decades of Cuban-American relations. The strength of the show’s first season, which ostensibly focused on the 2003 invasion of Iraq and the war that followed, was its commitment to understanding the true motivations behind every historical US intervention in Iraq, agendas far deeper than “war for oil.” Tracing the fallout from the Cuban Revolution and detailing the countless American plots to remove or assassinate Fidel Castro is a tremendous fit for James and Kulwin’s style, as the pair gets to highlight more insidious, bumbling moments in recent American history.

A hundred years ago, Tulsa’s Greenwood District was reduced to ash by a racist mob. We know the story of that terrible event in Oklahoma. Now, in the latest season of Blindspot, hosted by KalaLea, we learn about the lives that existed before the 1921 Tulsa Race Massacre and the legacies left in its shadow. Reviews of this podcast’s first season, about the key events preceding 9/11, were mixed; some saw the show’s plot development as drawn-out and convoluted. But where Blindspot excels is indeed in its unhurried focus on historical detail. Fans of shows like Slow Burn and Floodlines will be rewarded by Blindspot’s measured pacing.

On Home/Front, a new series from Rough Translation, NPR veterans correspondent Quil Lawrence dives into the “civ-mil” divide between those who have served in the military and those who have not. Since ending active conscription in 1973, the U.S. has had an all-volunteer armed force. This has contributed to the divide, Lawrence explains, as military service is no longer a shared experience for the country. “People can forget that we’ve been at war for 20 years because they were never at war in the first place,” says one service member on Home/Front’s first episode.