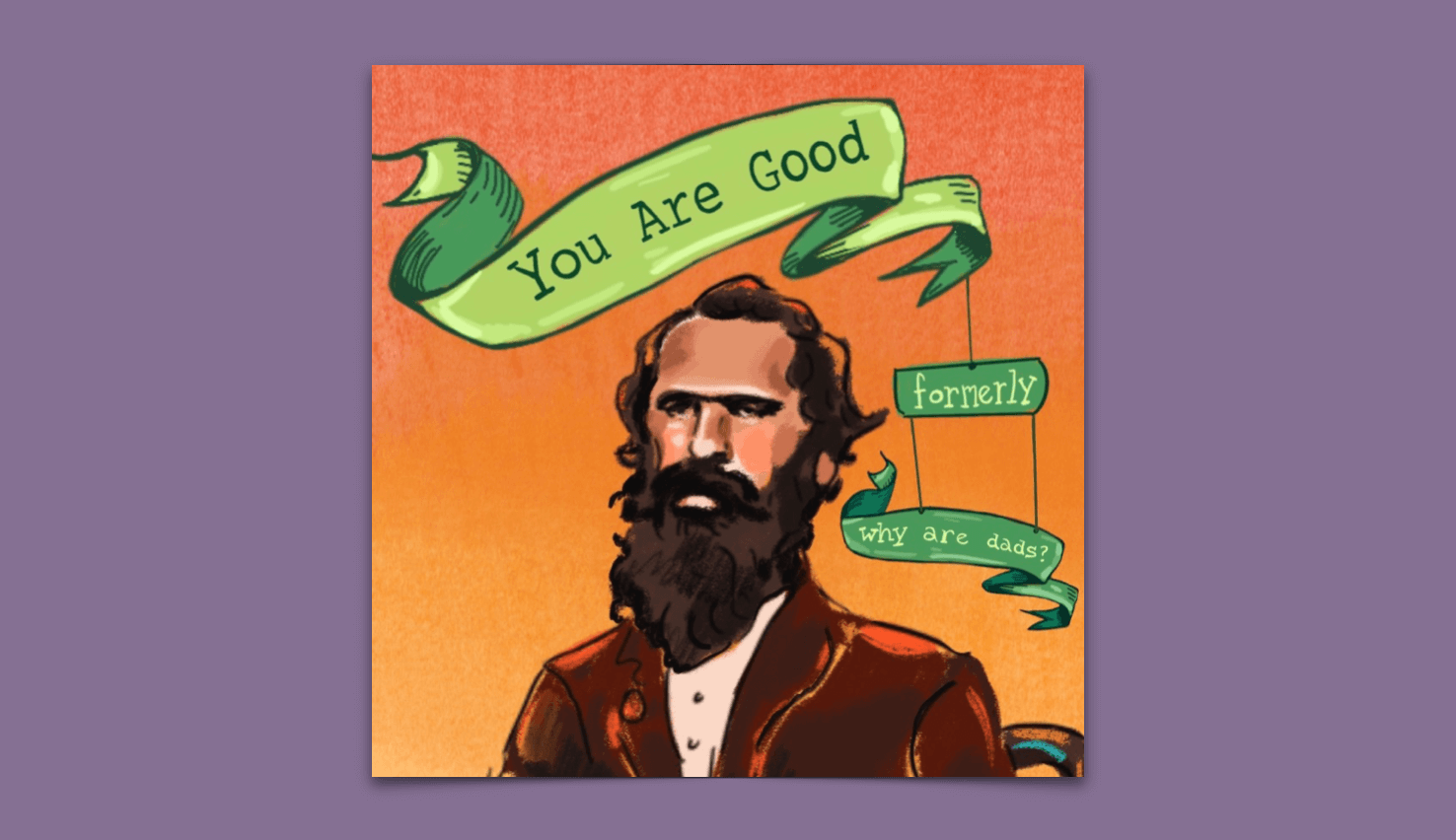 Sarah Marshall and Alex Steed have always struggled to succinctly express just what their podcast is about. Until recently it was called Why Are Dads?, and professed to explore films via the lens of their father figures. They stuck to this conceit for a little while — albeit with frequent, entertaining digressions — but soon a drift started to occur. The show started in August of 2020, and by the winter it wasn’t uncommon that episodes would spend far more time on other areas than they did on fathers. By the spring, the digressions had completely overwhelmed the dads. Acknowledging that their focus had changed, this May the pair announced that they were changing the name to You Are Good (a reference to a touching scene of affirmation in Mel Brooks’s Young Frankenstein that they’d discussed on an earlier episode). The question of dads would have to remain unanswered.

Now that they’ve wisely jettisoned a thesis that never fully worked, Marshall and Steed are free to lean in to the true focus of their podcast: feelings. Movie podcasts are a dime a dozen, sure, but it’s rare to find one as wholeheartedly, sensitively, and joyfully concerned with how movies make us feel. From the moment every week when the hosts giddily greet each other, You Are Good is lifted by the buoyancy that comes from excited people about to talk about what excites them. Whatever films they discuss – they tend to be American, and made after 1980 – they’re usually ones that the hosts and the guests feel great enthusiasm for.

Which isn’t to say they approach these films with an uncritical eye. You Are Good is often at its best when contending with the features that haven’t aged well, like the transphobia in The Silence Of The Lambs, and the treatment of autism in Rain Man. In a societal landscape that is all too quick to assign movies (or books, or tv shows) the rigid labels of “good” or “bad” according to how they approach certain issues, it’s refreshing to hear discussions that acknowledge complexity, in particular when it comes to assessing works that were released in different eras. Marshall and Steed make sure to invite appropriate guests for episodes that tackle such movies (trans writer Harmony Colangelo’s insights on The Silence Of The Lambs are especially illuminating), and the hosts give them plenty of space to speak about how the film has impacted their lives.

Talking about your feelings can be a difficult thing to do, particularly on a podcast released to a worldwide audience of complete strangers. Having a movie of the week offers a kind of modesty shield that allows the hosts and their guests to go to some vulnerable places without becoming uncomfortably exposed — it’s easier to say, “I related to this character’s horrible relationship with their dad” than, “I have a horrible relationship with my dad.” From the outset, Marshall and Steed have always maintained a welcoming atmosphere, making their show a place where everyone involved feels free to dig in to some thorny emotional territory without fear of judgment or embarrassment. The hosts have referred to the conversations as akin to those that might happen at a sleepover, which beautifully captures You Are Good’s spirit of cosy confidentiality.

Producer Carolyn Kendrick provides the show with various aural treats: primarily the audio montages that introduce each film, and a thematic song — usually a cover, but sometimes an original — to accompany most episodes. Her compositions do an excellent job of establishing the tone of the movie in question, and are often quite ravishing; the highlight so far has been her bewitchingly moody cover of “Worms” by The Viagra Boys, recorded for an episode covering the Saw franchise (happily, an album of the music that Kendrick has recorded for You Are Good is on the way).

As we approach the podcast’s one year anniversary, it’s thrilling to hear the hosts develop ever more confidence around what their show is and the function it serves for its audience. Steed began a recent episode on Dazed and Confused with the most succinct tagline yet: “Welcome to You Are Good, a feelings podcast about movies.” Perfect.