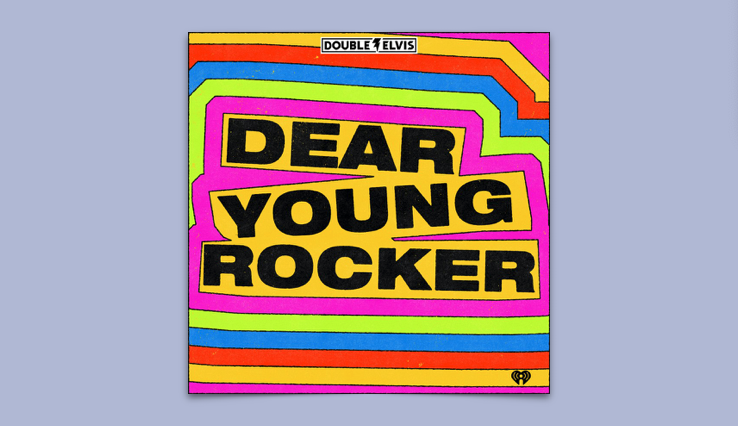 Over the past two years, Chelsea Ursin has explored her formative experiences with music on the podcast Dear Young Rocker. With her struggles forming a band in high school acting as a jumping-off point, the show has allowed Ursin to explore many of the issues affecting teenagers, like mental illness, gender dysphoria, and negative body image. By looking at the challenges of adolescence through an activity that gives her confidence, Ursin’s revelations have a cathartic, redemptive quality that keeps them from getting too dark or scary. And her eye for details — particularly towards the regrettable fashions of the 2000s — gave the first two seasons a rueful sense of humor.

The media frequently holds up white, cisgender girls from suburban middle-class backgrounds as typical teenagers. As the first episode of Dear Young Rocker’s latest season winds down, Ursin speaks to that narrative. Noting that “other musicians grew up differently,” she observes that some girls and people of marginalized genders “grew up in cultures and communities where they weren’t supported for being who they are.” Since the coming-of-age story Ursin told in the first two seasons has caught up with the present, on the show’s third season she invites a string of contemporary indie rock stars musicians to talk about their own teenage years.

Because many of the subjects are about the same age, the stories of how different awkward teenagers get in touch with their young rocker sides have some similar beats. New York City bands from the early 2000s are frequently cited as formative influences, and multiple young rockers describe Karen O from the Yeah Yeah Yeahs as a frontwoman who made them feel seen. Before many of these artists picked up their instruments, they attended shows in church basements, youth centers, and in the attics of their friends’ houses. Going to gigs at these makeshift venues helped demystify the act of performance for many of these musicians and played a role in making them feel like they could get onstage too. The subject of how a few of the young rockers first acquired their musical instruments takes on a frustratingly similar approach, as those who discuss how they got their instruments mention their parents or presents at different holidays. (I would have been curious about how lower-income young rockers get their instruments — did they save up for instruments or borrow them until they could afford one?)

The participants in this season of Dear Young Rocker come from different racial or national backgrounds, and a few trans and nonbinary subjects are also featured. Contrary to mainstream narratives about BIPOC and people of marginalized genders, the big-picture versions of their stories are pretty similar to their white counterparts. The racial microaggressions that Pom Pom Squad frontwoman Mia Berrin experiences, or the way Elise Okusami scans the room at punk shows for other Black fans, are especially striking. Wendy Eisenberg’s advice about gender play to their young self, who sees leaning into especially gendered behavior as being “like keeping a delicious secret,” could make the nonbinary experience resonate with cis listeners.

The high-quality recording and production values are consistent with other podcasts released by the Double Elvis network. Ursin’s surf-y, reverb-heavy theme plays throughout the episode, punctuating key moments in her subjects’ stories and fading in and out at different narrative breaks. In some places, the use of sound effects might make listeners feel like they’re in the room with different young rockers, as with the murmur of a crowd and the click and squeal of a guitar plugging into an amp that appears in a few episodes. Ursin’s use of more standard sound effects, like a keyboard typing or crumpling paper and throwing it in a trashcan, add levity to her introductions and outros.

There’s no one right way to be a teenager or a young rocker. On Dear Young Rocker, Chelsea Ursin and her cohort find different angles to look at the coming-of-age experience.

Chelsea Spear has written for the Arts Fuse, Belt Magazine, Crooked Marquee, and Nashville Scene. She lives in Boston.