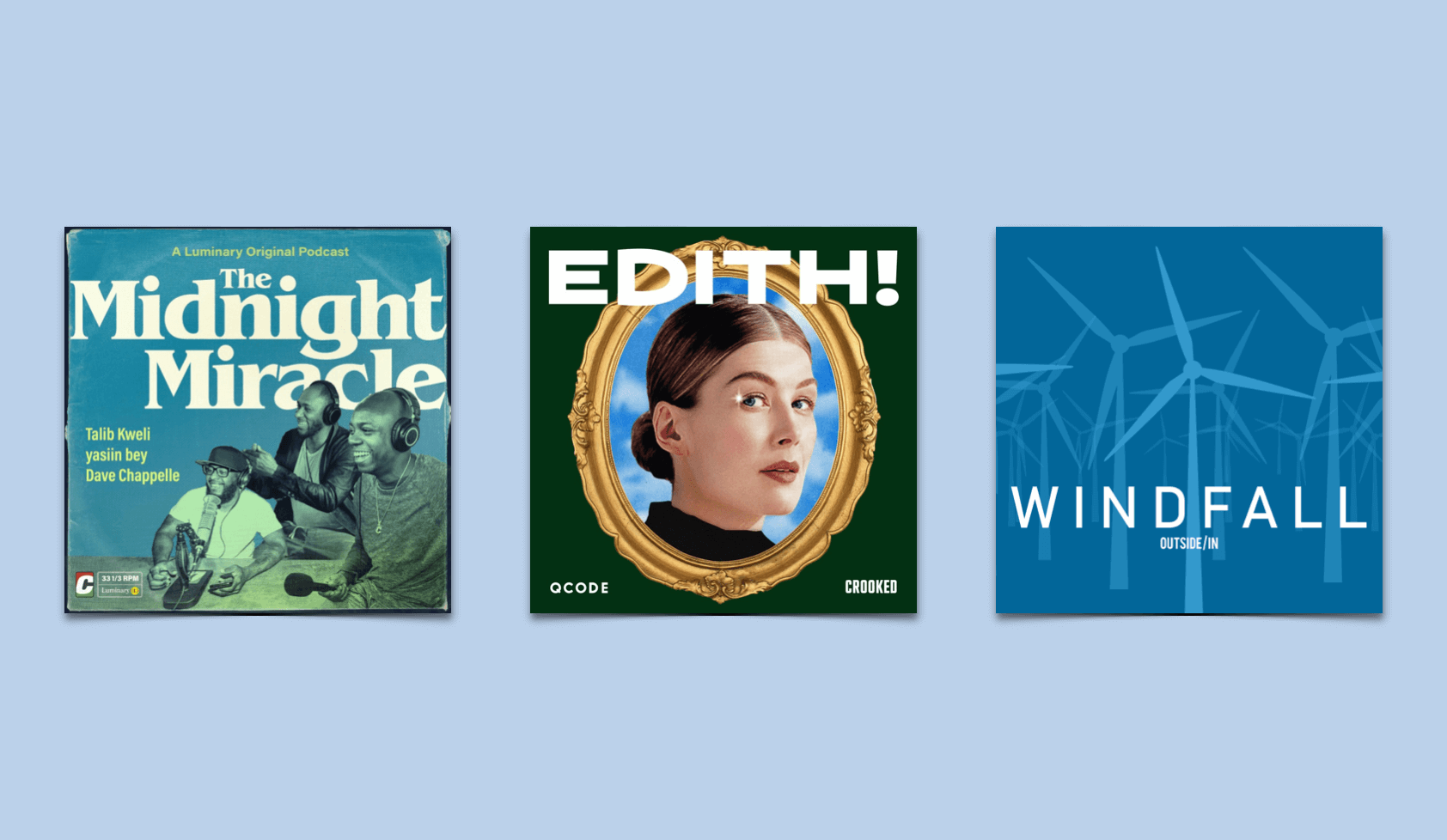 Dave Chappelle’s voice opens the free-on-all-platforms first episode of The Midnight Miracle. His gravitas is well-established, but is particularly enrapturing in the podcast space, given the soft, self-deprecating tone that is the house style of most major outlets. Each episode of The Midnight Miracle, a paywalled Luminary series, is a highly produced discussion between Chappelle, yasiin bey, and Talib Kweli. It features some of the most successful music integration I’ve heard on a podcast. The first episode, in which the cast reflects on the lives of Amy Winehouse, Malik B., and Robin Williams, is sincere, funny, and remarkable.

Off-beat and sharply written, Edith! is the latest fiction serial from QCODE and Crooked. The show tells the “true-ish” story of Edith Wilson, wife of Woodrow and America’s “secret first female president.” When her husband suffers a paralyzing stroke after the end of the First World War, Edith quietly steps into the role of president. But it isn’t long before she is making enemies and causing international strife as her secret becomes harder to keep. With a talented cast led by Rosamund Pike, the show will have wide appeal, and fans of Curtis Sittenfeld’s recent semi-fictional novel Rodham shouldn’t let this one pass their radar. Quirky, stylish, and probably historically inaccurate, Edith! stands out as one of the best celebrity-led podcasts to date.

Windfall, the latest series from NHPR’s Outside/In, investigates the domestic wind energy boom to come. As detailed in Windfall’s premiere, the stars are aligning for the birth of a massive new industry in the US, one that the country has notably ignored for the past 30 years. Windfall seeks to give context to the upcoming years of investment and manufacturing, investigating the US’ decided disinterest in wind energy up until this point, as well as the oil companies invading the renewable energy market. The podcast successfully grounds its telling of contemporary climate politics in energy and financial reporting.