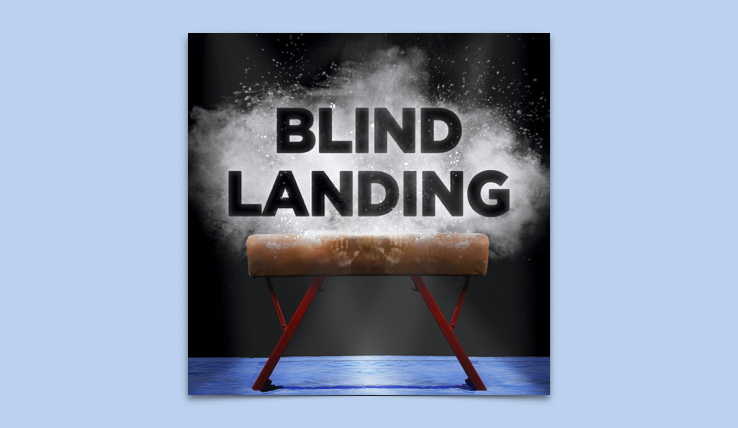 Blind Landing, a new independent podcast from journalist Ari Saperstein, chronicles the story of the women’s gymnastics vault being set two inches too low at the Sydney 2000 Olympics. In a namesake “blind landing,” a gymnast cannot see the floor while inverted, and one’s ability to reach the ground safely is highly dependent on the muscle memory built by consistent and repetitive practice.

Yet, on the vaulting horse in Sydney, years of physical and mental training appeared to not have reinforced these athletes at all, as gymnast after gymnast struggled to complete their vaulting exercises before the mistake was discovered.

Elise Ray, America’s top gymnast the time, fell on vault. Svetlana Khorkina, the frontrunner from Russia, fell as well. Maria Olura, a star from the Romanian program, fell and crashed into the mat, damaging her knees. Britain’s Lisa Mason, for whom vault was her best exercise, also fell, and her teammate Annika Reeder had to be carried off the mat after falling and was forced to withdraw because of injury.

Athletes competing at this level don’t regularly fall, and Saperstein analyzes other Olympic and world competitions to move outside of the anecdotal and into real data. The average number of falls on vault hovers around one per meet. In Sydney, the fall rate was excessive and should have sounded an alarm for officials and coaches. But the explanation that persisted — even after many gymnasts raised their concerns — was that it was a collective case of the nerves.

It was not until Australian gymnast Allana Slater, after her own fall from the vault, refused to leave the floor that the apparatus was measured. Slater was in a unique position to stand her ground, on her home turf and having a genuinely familial relationship with her coach. Half of the thirty-six entrants had already competed.

For those not familiar with gymnastics, the vault is just a little over 4.1 feet tall, or 1.25 meters. While two inches is the average length of an adult woman’s pinky finger, or less than 4% of the correct height, this is significant to athletes who train with precision. Put another way, that’s like taking nearly 5 inches off a regulation basketball hoop.

As a podcast, Blind Landing has an interesting structure. There’s no big reveal, as the problem of the vault in Sydney is shared from the beginning, as is the information about the number of falls and what it should have indicated. What Saperstein succeeds at is uncovering the implications of how this played out in the rest of the competition and how it ultimately affected these gymnasts’ lives.

Women’s gymnastics was then and remains now the most watched Olympic sport. But even with that level of visibility, the burden of proof remained on the gymnasts themselves. There is a particular resonance in hearing their two-decades-old frustration at not being believed. The podcast doesn’t speculate if this could have ever happened in a men’s competition, but it’s hard to believe the response would have been the same.

The first-person voices that Saperstein includes are one of the best features of the podcast, and it is these personal stories that build the show’s narrative arc. Condensed into five short episodes, Blind Landing is a thoughtful exploration of a decades-old scandal.