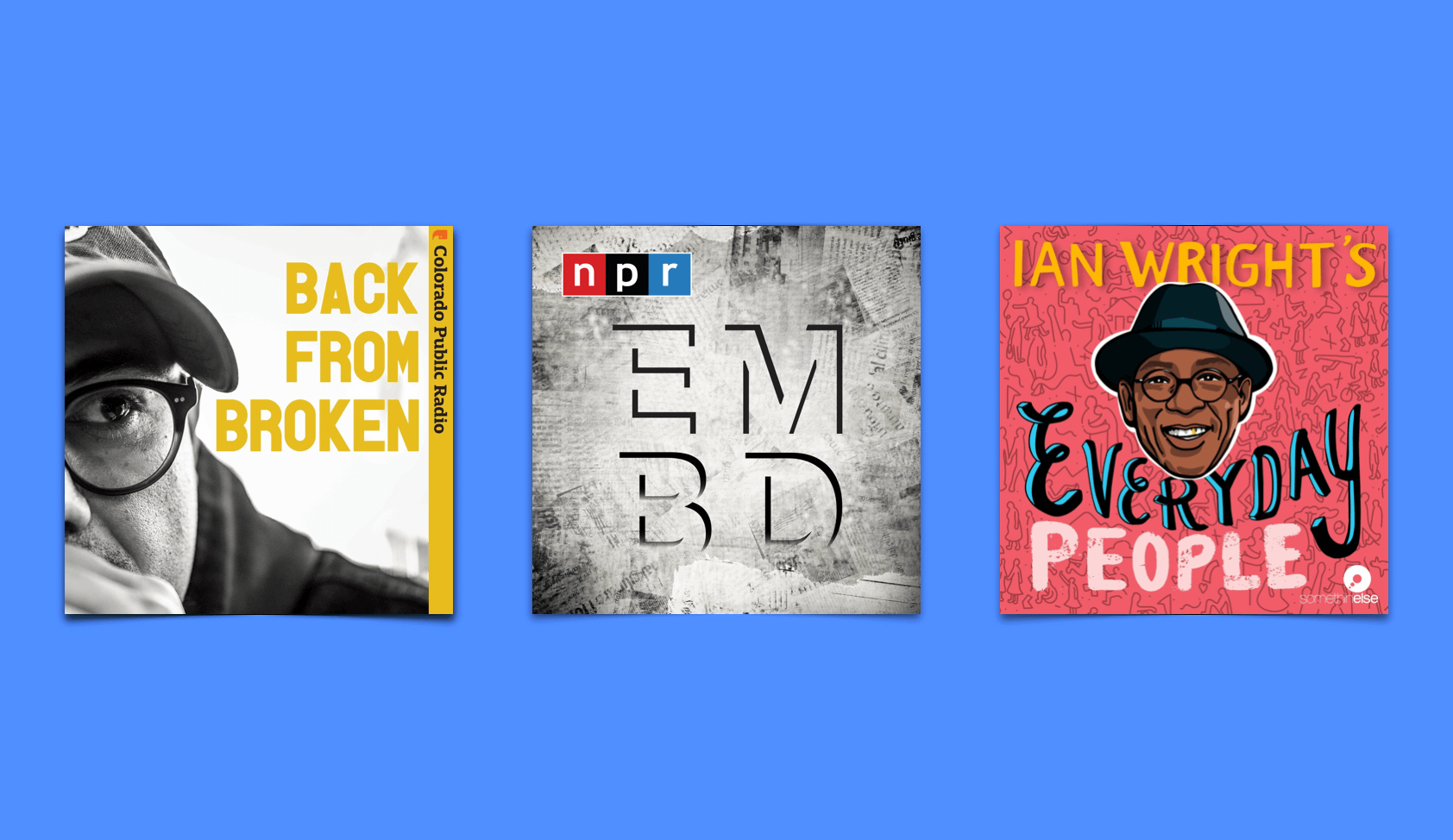 
Long among the best of NPR’s lineup, Embedded has returned with a new season focused on the 2018 Capital Gazette shooting. The series’ reporting looks at the long aftermath of a mass shooting for survivors at work and in their personal lives. The first piece of archival audio played in the season is one of the survivors stating plainly to Anderson Cooper on the day of the shooting that the news cycle will abandon the story within the week. As host Kelly McEvers explains, Embedded’s intention is to combat the media’s willingness to move on.

Before Ian Wright was a world-famous soccer player for Arsenal, he was just an unhappy school boy in South London. It wasn’t until an unassuming teacher inspired him to pursue football, as the sport is known in the UK, that Wright saw his life turn around. “And that’s why I wanna do this show,” Wright tells us in the first episode of his new podcast, “because everyone out there knows a Mr Pigden, a person quietly doing amazing things.”

Ian Wright’s Everyday People launched in February from Somethin’ Else, the production company behind a litany of successful British radio shows and podcasts. The editing, sound, and script have the seamless, if predictable, gloss that we’ve come to expect from British radio. Indeed, the idea of interviewing everyday people isn’t new. The photoblog Humans of New York has been turning the spotlight on “ordinary” folk for over a decade. But what makes Everyday People a great listen is Wright’s narration, having cut his teeth on The Ringer’s Wrighty’s House. As a host, he finds balance between offering his own vulnerability while resisting the urge to overshadow his subjects. His interest in “real life champions” feels genuine, delivered with a boyish humor that makes the show charming.

Vic Vela’s recovery-focused interview show has returned for a second season at Colorado Public Radio. Each 30-minute episode brings in a guest to share their story of highs and lows, often from addiction or intense mental health battles. Vela’s interview style is kind and easy, and lets the guest lead the conversation. The show’s greatest interest is getting better and making explicit the variety of steps the guest took to do so.