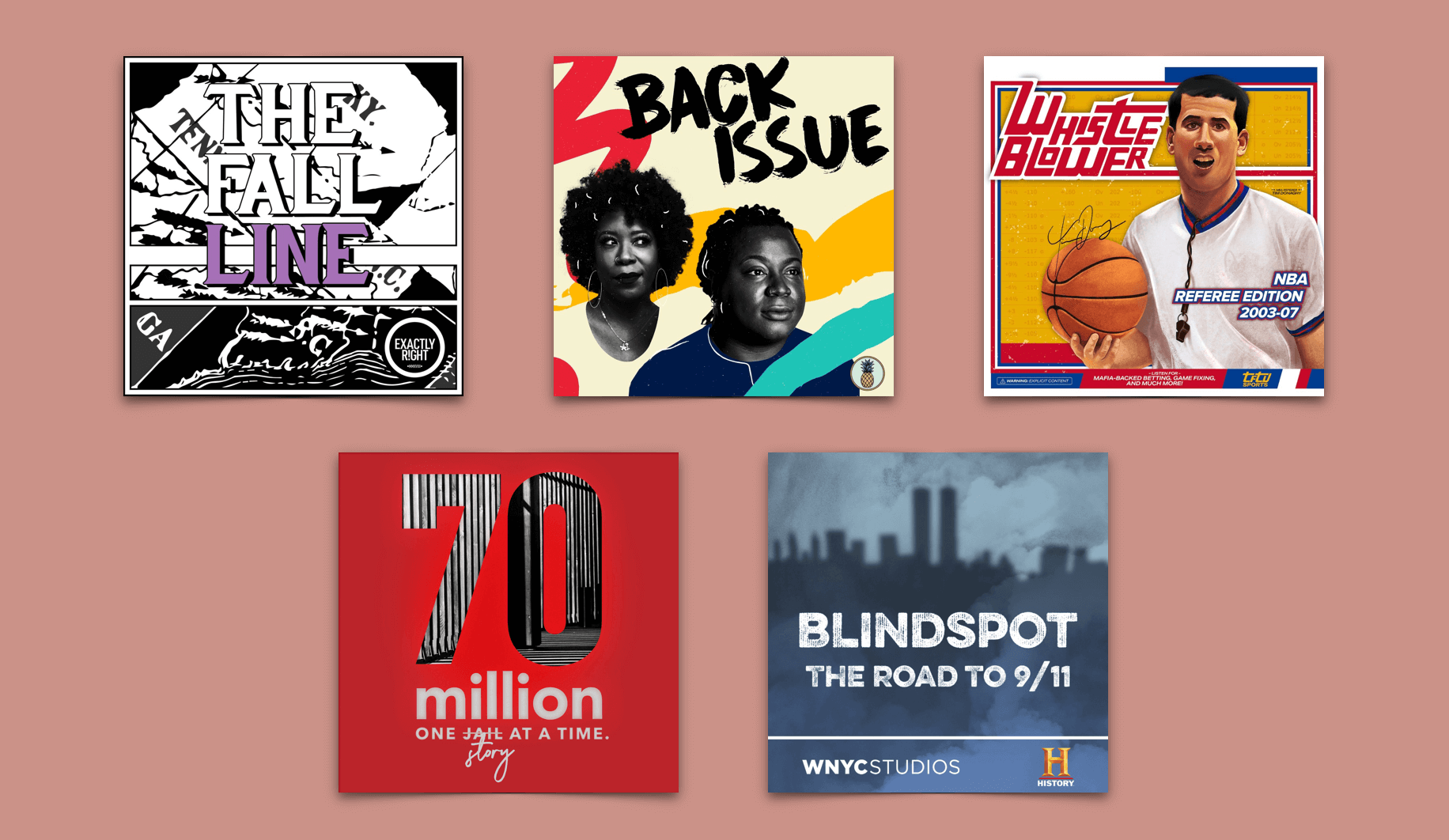 The Fall Line, a true crime podcast focused on cold cases in the American Southeast, is this month releasing a four-part series on the serial killer Samuel Little. Little, who was arrested in 2012, has admitted to the murders of 93 women and is thought to be America’s most prolific serial killer. As host Laurah Norton explains, Little primarily targeted sex workers, whose disappearances and deaths were often deemed unimportant by police and the media. While Norton seeks to understand Little’s motives and methods, she and her team make a greater effort to learn about the lives of Little’s victims, many of whom remain unidentified.

The third season of 70 Million, a documentary podcast addressing the harms of the US jail system, examines the impact of the pandemic on jails and the communities surrounding them. The season’s first episode focuses on Chicago’s Cook County Jail, one of the largest jails in the country and which has been severely affected by the coronavirus. Host Mitzi Miller chronicles the dysfunction within the jail system that initially allowed the virus to spread almost unchecked. The impact of these failures, and the punitive system keeping too many people behind bars is felt far outside the jail’s walls, as one in six coronavirus cases in Illinois can be traced back to Cook County Jail. 70 Million is an informative, if at times enraging, exploration of our country’s reckless administration of justice.

Pineapple Street’s Back Issue joins a growing number of cultural history podcasts. Hosts Tracy Clayton and Josh Gwynn approach their subjects — so far including America’s Next Top Model, In Living Color, and Beyoncé — from the standpoint of reevaluation. The show, which is conversational but more intentionally-structured than your average pop culture talk show, makes loving arguments for their favorites. Back Issue’s fourth episode, on Yacht Rock, Blue Eyed Soul, and the long standing habit of white pop singers emulating Black soul music, is a guided tour from The Righteous Brothers through the present.

Sports journalist Tim Livington’s new podcast is an attempt to revive the Tim Donaghy NBA reffing scandal, and reveal the more salacious details beneath the official story. The basic premise of the show, that the NBA successfully covered up any deeper corruption by maintaining a one bad apple approach to Donaghy’s betting, is assuredly true. Livingston’s investigation goes in the directions the NBA certainly does not want it to — towards organized crime and the implication of other refs. The strangeness of listening to Whistleblower comes from the involvement of Donaghy, whom Livingston half-embraces as a primary source. In the best case scenario, Livingston’s work will renew interest in the long-abandoned question of integrity in NBA officiating.

Blindspot, a new eight-episode series from HISTORY and WNYC Studios, investigates the events that led up to the September 11 attacks. As host and veteran reporter Jim O’Grady explains, while the attacks may have seemed to be “a bolt from the blue,” they were in fact more than a decade in the making. Indeed, the series begins in 1990, with El-Sayyid Nosair’s assassination of the extremist rabbi Meir Kehane in a Midtown Manhattan Marriott. O’Grady is meticulous in his research, having interviewed over 60 people for Blindspot, including FBI agents, journalists, and NYPD detectives. The result is a series that is as detailed as it is riveting.