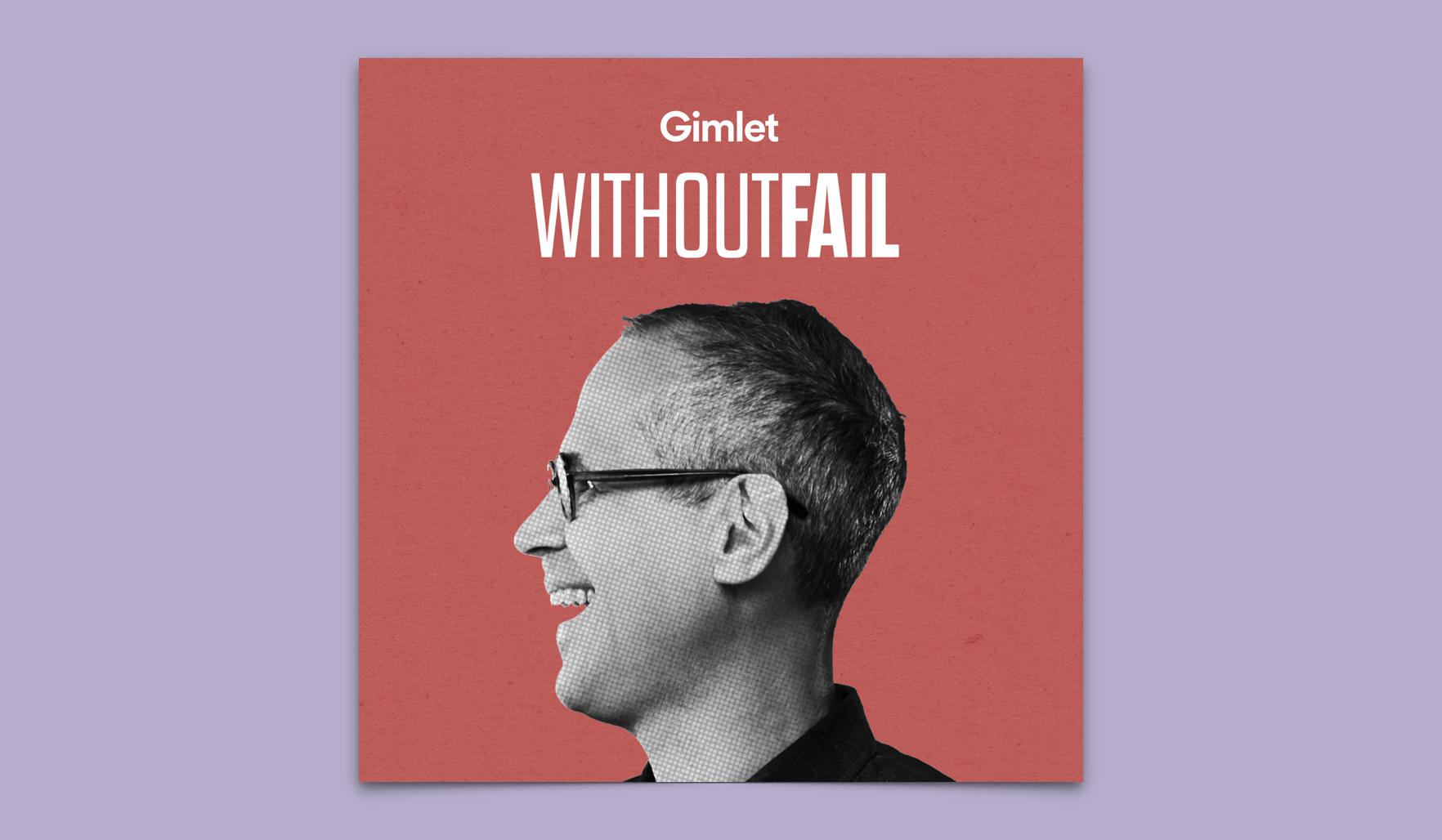 What can we learn from talking to entrepreneurs? This is the question that drives Gimlet Media co-founder and CEO Alex Blumberg in his new podcast, Without Fail. The show’s genesis, we are told, was a recent company-wide evaluation that found Blumberg’s leadership qualities lacking. In an effort to improve his own performance and document the process, Blumberg seeks advice from business-savvy subjects about “what worked, what didn’t, and why” in their own careers. The result is a view of the internal life of the American business executive, each subject distinctly themselves but sharing references and a manner of speaking that marks them out as that particularly American form of capitalist.

Across ten episodes, Blumberg speaks with a small array of businesspeople: though Andre Iguodala is famous for his role as an all-around player on the Golden State Warriors, Blumberg’s conversation with him explores his success as an investor. Former Disney executive Nina Jacobson is called in for her knowledge on the creation of “hits.” In broad rather than granular detail, she describes the business decisions behind fabulous successes like Pirates of the Caribbean, as well as financial flops like The Life Aquatic with Steve Zissou. Steve Jobs, the ghost in the machine of twenty-first century business culture, haunts this place, too, most visibly in the stories of Ron Johnson, the gregarious Minnesotan who designed the first Apple Store. Each of these episodes is framed with Blumberg’s own reflections on his role at Gimlet Media. His wife, Nazanin Rafsanjani, VP of new show development at Gimlet, and co-founder Matt Lieber (both regulars on the initial season of the podcast Startup, which documented Gimlet’s founding) make appearances as well.

In Without Fail, all challenges are seen through the eyes of the entrepreneur: a plucky, intelligent do-gooder. Many of the subjects go out of their way to explain the good they do. At moments, there is the sense that we’re being spun, but Blumberg often makes no note of it, and rarely pushes for a clearer explanation. In the premiere episode, for example, Groupon founder and early Gimlet investor Andrew Mason makes a comment about how earning a boatload of cash gave him a more nuanced way of seeing the world, to which Blumberg’s follow-up is a simple, “yeah.” Those who remember Blumberg’s work on This American Life and Planet Money, where he frequently challenged the stories people told about themselves, will be disappointed by this lack of curiosity. It raises a question, still unanswered, from the beginning of Startup – if Alex Blumberg believes himself to be such a weak CEO, why does he want to be one so badly?

Isn’t Blumberg’s nebbish personality, his “failure to take the seat of CEO” the real critique of the dick-swinging culture of American capital, the kind of shenanigans described by Andrew Mason? The show’s strongest episodes reflect this idea. Most notable is Blumberg’s interview with Janice Bryant Howroyd, founder and CEO of ACT-1 Group, a staffing company she built from the ground up. Howroyd’s sharp enunciation and reserve provide a stark contrast to Mason, and serve as a reminder that Corporate America seems to require different standards from people of color.

Without Fail succeeds when the en marche rhetoric of its subjects cracks, revealing a sliver of their interior life. Howroyd, for instance, tears up as she remembers young women thanking her for advice. Why that validation was so important to her, however, is never explored. It’s one of many moments that make Without Fail a tantalizing but frustrating listen. We often get an answer to how but not always a satisfying why — which is the true gift that a one-on-one interview could give a listener in this strange socio-economic system we’ve found ourselves in, where entrepreneurs are forced to perform their good intentions and hide their bad ones.

The most satisfying interview is the finale, in which Blumberg speaks to his mentor Ira Glass, the creator, host, and executive of This American Life. Around a person he’s known for so long, Blumberg’s eagerness to impress, to get it right, melts away and leaves behind the most candid conversation Without Fail has to offer. As Glass talks about how proud he is to have made This American Life work in a world where good art projects don’t always make good business propositions, discussing the show’s use of pledge modules to secure an audience, we hear in Glass’s voice no self-aggrandizement, and nothing but love and admiration for the public radio system. Here, one glimpses what makes an entrepreneur admirable.