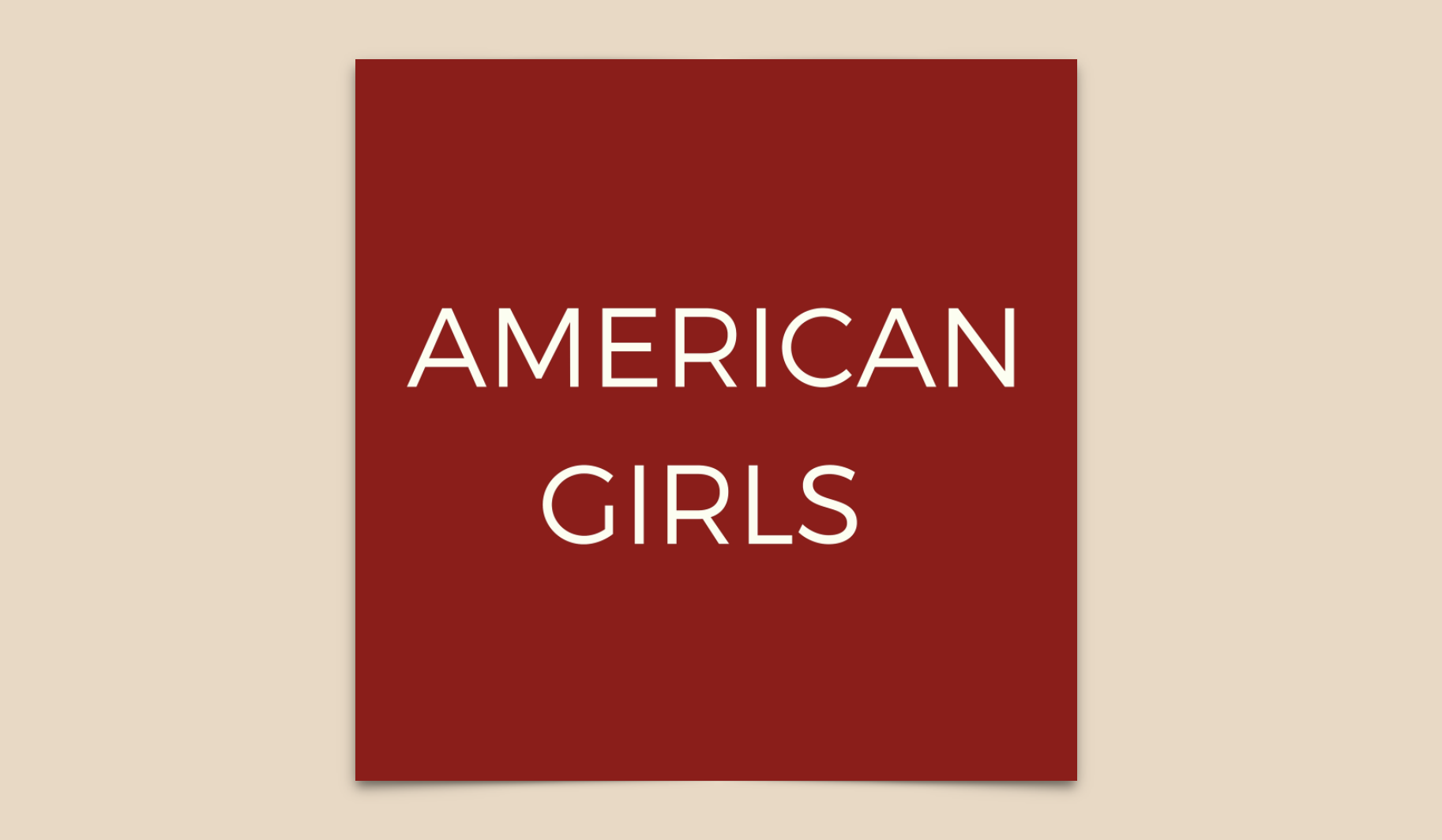 If you, like me, were a girl growing up in the 1990s, you might have been a Samantha. Or maybe a Molly or a Josephina. For those not in the know, Samantha, Molly, and Josephina are characters from the popular American Girl historical book collection. Each character is set in a different period of United States history with her own six-book series and material culture, including a doll, accompanying tiny outfits, and delicious accessories. So before American Girl sold dolls that you could special order to resemble yourself, you might instead have identified with one of these historical characters. And maybe you, like a surprisingly large number of women now in their thirties, have secretly treasured your identification as a Samantha, Molly, or Josephina ever since.

American Girls, a podcast hosted by historians Mary Mahoney and Allison Horrocks, is here both to indulge that nostalgic impulse and to completely blow it up. By putting the first generation of American Girl books (that is, Felicity, Josephina, Kirsten, Addy, Samantha, and Molly) into their historical and cultural contexts, Mahoney and Horrocks alter forever the way we regard these beloved childhood stories and objects. Diving into what they refer to as “the wild world” of American Girl fandom, the hosts move through the books one-by-one with occasional interruptions for episodes on film adaptions and fan fiction. Along the way, they show us how what once seemed unambiguously positive is actually very complicated, and in fact pretty dark.

What does this mean for all of the Felicitys, Josephinas, and Kirstens? In tackling what often goes unspoken in history and culture, Mahoney and Horrocks compel these listeners to rethink their childhood attachments to these books and characters, and especially the part of themselves that identified with them. These observations range from the personal –– Josephina’s mother’s death, which occurs before her first book begins, the death of Marta, Kirsten’s best friend, who succumbs to cholera on a riverboat journey –– to the systemic effects of settler colonialism and imperialism. And often, their readings of individual characters and their lives lead to these connections with sweeping historical movements.

Mahoney and Horrocks make these connections with a rapidity that is effective precisely because it is so unsettling. One minute you’re considering how Kirsten is a “textbook Gemini” and the next you’re wondering about the terror a parent feels about the unknown in a country they can barely call home. One striking instance comes in the episode “Do You Know The Way to Santa Fe?,” when the hosts trace how Josephina’s story maps onto Felicity’s earlier plot line. “Josephina doesn’t even get her own plotline,” Mahoney says, “That’s how disrespected she’s been in this franchise.” To which Horrocks quickly responds, “But is that not a commentary on the ways that, like, empires replicate across a continent?” Or in “Smoke Gets in Your Eyes: Kirsten Saves the Day,” when Mahoney notes that Kirsten mistakes her own imposition on others as kindness. Horrocks replies: “But is that not like all of US imperialism?”

This has been a lot for some fans to take, and at times, Mahoney and Horrocks have paused to assure listeners that they aren’t coming for Kirsten, or whomever is next in line (although that doesn’t stop them from continuing to note the ways that Kirsten’s narrative, for instance, takes part in significant white-washing and erasure). But, of course, the difficulty of accepting the colonialist subtext of an adored narrative or object partly suggests why the work American Girls does is so important.

Somehow, the podcast still maintains a sincere affection for the American Girl stories and the world of people who love them. While the books have always had materialistic motivations (those adorable lace-up booties are not cheap), the characters’ shared age range with their target readership also means that the accompanying dolls were intended as companions. Friendship is also a recurring theme in the books, and Mahoney and Horrocks spend a lot of time discussing how characters fail (see: Felicity) and succeed as friends. They are well-suited to do so as one of the most special things about American Girls is the longstanding and genuine friendship between the two hosts. They joke (Horrocks cuts her bangs every time she experiences a moment of emotional weakness, Mahoney works hard to prevent this), they reminisce, and they critically examine their past experiences with each other and others. Taking the joke all-too-far, Mahoney and Horrocks have recently secured a sponsor which sells hair extensions.

And so, if the whole point of buying a doll that you identify with is to find the perfect friend, then Mahoney and Horrocks have little need for one. Much of the podcast’s success, perhaps, is in fulfilling the same objective as that of the 1990s books Mahoney and Horrocks reflect upon, modelling the type of friendship listeners value, hope for, and vicariously participate in. The significance of this connection does not escape the hosts. In their second episode, Horrocks states, “We’re both Mollys, therefore this pod exists,” suggesting that their shared affinity with Molly is what led to their creative endeavor.

To which Mahoney adds, “Therefore our friendship exists. Stakes are bigger than this podcast.”

Brianna Beehler is a doctoral candidate in English at the University of Southern California. She is also a Kirsten.