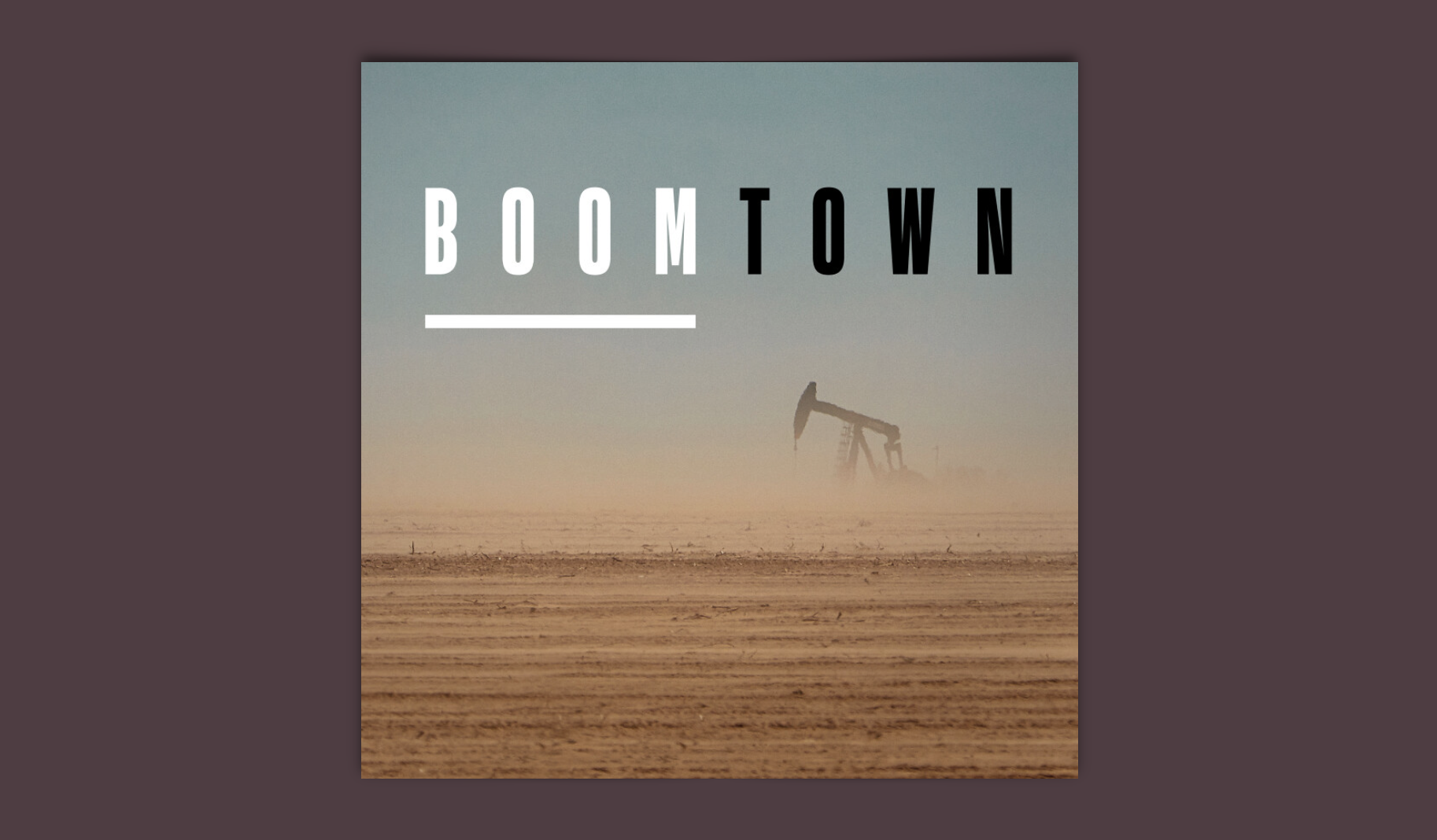 A boomtown is a bizarre economy descended on a small town. A region used to boom and bust carries with it the scars and resilience of devastating and indifferent change. Some changes are full of hope or tragedy and some are just unwieldy. A boomtown is one stretched thin, with its resources — educational, environmental, residential, civic and otherwise — depleted by expansion. More than that, oil booms threaten the sense of continuity and tradition that flourish in quiet years.

Such are the stories brought to us by Texas Monthly’s Christian Wallace on Boomtown, a podcast about the current boom that has overtaken the Permian Basin in the Southwestern United States. The podcast gives a historical overview of the region — and of oil production in Texas, more broadly — but is at its best when approaching West Texas at the level of the people who, as musician Pake Rossi puts it in episode one, claim it. Through them, listeners encounter the human costs of the energy industry in what is currently the top producing oilfield in the world.

But no boom lasts forever. Every reference to an event in the Permian’s history has the connotation of where the region’s unceasing pendulum stood at that moment: was it a time of boom or a time of bust? Listening to the historians of West Texas, formal or otherwise, I get the sense that contraction is worse than the explosion. Pumpjacks stop moving, workers and customers leave, and folks like Shawna Granado, former employee-then-proprietor of the Pioneer Café, lose their businesses. Every boom is haunted by the bust of yesterday and the bust to come.

Boomtown is a piece of reporting that is only possible from the intimate vantage of an upbringing in West Texas, of summers riding horses and shooting BB guns at grandma’s ranch, drinking beers by rusty rigs in high school, and of roughnecking for a year before the previous bust hit. In their June 2019 issue, Texas Monthly published a long and illuminating piece by Wallace that contains the bones of what the podcast would become, “The Price of Oil.” The article has Wallace’s words, his closeness, and a range of stories and voices waiting to be pursued.

Plenty of experts feature in Boomtown — historians of the oil industry in Texas, such as Diana Hinton; biographers and writers like Loren Steffy and Bryan Burrough; and reporters like Bethany McLean, whose fingers are poised to sense the nuances of global economic winds. On Boomtown, listeners visit with canny and expressive oil men like David Arrington, hear from the daughter of the futurist who pioneered fracking, and feel for the ranchers and landholders making the tough choice between obsolescence and selling out. These people are often insightful about the dirt on which they lay their heads — dirt that brings fortune to some, ruin to others, and exploitation to most.

“There’s a lot more to the oil business than what’s buried in the earth,” says Wallace in episode three, “Dust to Dust.” In context, it’s a comment about the outsized influence of foreign policy and the global economy on the energy industry. But we can also take it as a mission statement for the podcast. Sure, there’s plenty of discussion of what’s in the earth, the (almost exclusively) men who get it out, and the other men who make and squander fortunes on it, but oil’s reverberations go further than one might expect.

What sticks with me most are the voices of those holding onto histories that elude commemoration in textbooks. Long family chronicles, cafes and diners that for decades have been places of respite, fight songs for the local high school football team and the people who cling to them. Boomtown excels when paying homage to the people trying to hold on to a sense of continuity while the global economy and price of oil determine their fates, while fracking sucks up precious resources like water and the air thickens with greenhouse gas emissions.

Wide-ranging interviews introduce listeners to Harvey Carrera, cleaning the wreckage off U.S. Route 285, or “Death Highway;” Elizabeth Fraught, the Mojo Queen who serves as keeper of lore and spirit for the famous Permian High Panthers (immortalized in Buzz Bissinger’s Friday Night Lights); and the Martinez family who lost three generations of fathers in one day, roughnecks who put their lives at risk every day of their lives until the last. Old cowboys, like Michael Moore, try to keep to the traditions of “neighboring,” helping each other is the duty of a ranching community.

The sex work industry, clubs, and so-called “breastaurants” feel the fluctuations of oil production as much as the men in cotton gloves. On episodes five and six, Wallace cedes the microphone to journalist Susan Elizabeth Shepard and her reporting partner Sally Beauvais, who investigate sex work in boomtowns with a deft touch. The women working at coffee shops like Boomtown Babes in Odessa (home to the “Basin’s Breast Coffee”), the sports bar Bottoms Up, or clubs like Rick’s and Jaguars, provide singular and previously unheard perspective on the influx of oilfield workers and capital to the Permian. Their experiences also underscore how legislation and law enforcement, often paired with concerns about sex trafficking, exacerbate the gendered dangers of a boom.

Environmental concerns don’t necessarily take center stage. Wallace speaks to the deleterious effects of burning off natural gas, and his grandmother, Johnie Rollwitz, complains of flares crowding her view, of declining air quality, and the rising frequency of earthquakes. Freshwater in the region is becoming ever more precious, a threat to livestock and agriculture and people. But the devastating effects of our dependence on fossil fuels, of the industry’s effects on the planet, loom in the background.

Listening to Boomtown, one gets the sense that a region can come to define itself by the boom-bust cycle. By the last few episodes, the dream of a boom that would never end seems to have dissipated. Per Bethany McLean, the demands for profits loom on the horizon. So too does the potential for alternative energy sources. The strain on the region’s schools, cost of living, and natural resources seems untenable.

I’m left thinking about Joshua Martinez, who lost a grandfather, uncle, and cousin-in-law in the same accident but had to return to roughnecking to provide for his family. When asked how he squares the life and death risk of working on a rig with the promised reward, Martinez speaks only for himself; still, I can’t help but apply his words to the whole endeavor: “I don’t think there is no squaring.”

Jorge Cotte is a writer living in Chicago. His work has appeared in Los Angeles Review of Books, The New Inquiry, and Complex. When not writing, he can be found by the stove or facing his TV.