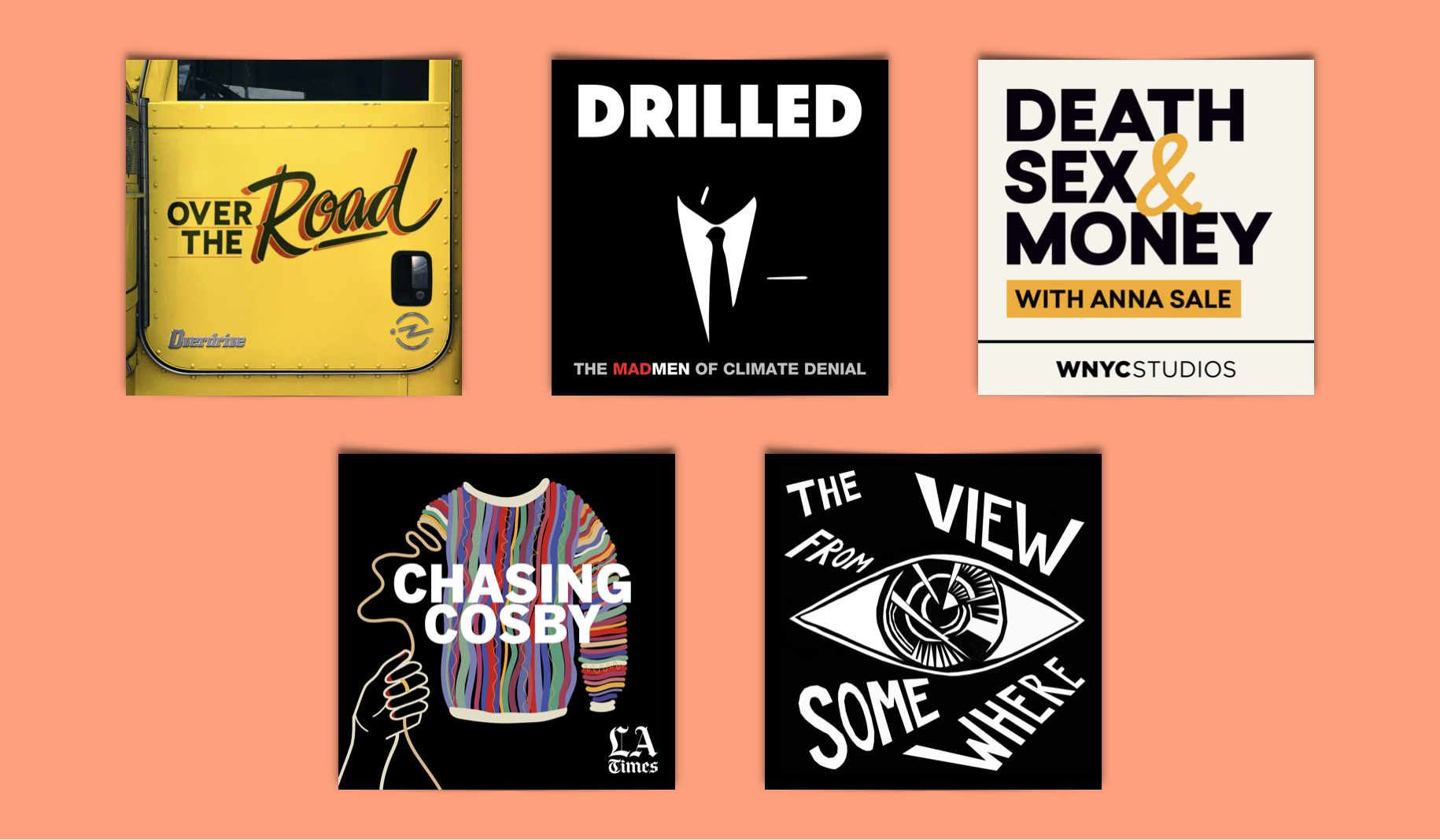 Each month, Podcast Review’s staff offers recommendations on the best new podcasts to listen to. Here are our favorites for February:

From the L.A. Times, Chasing Cosby charts a detailed path of Bill Cosby’s transition from being seen as “America’s Dad” to a predator with an infamous past of sexual harassment and assault. The podcast is hosted by Nicole Weisensee Egan, a journalist who broke many of the allegations against Cosby and wrote a book with the same title. While Egan’s written work may allow for more detailed coverage of Cosby’s criminal behavior, hearing the voices of those involved in this story and the women who fought to have Cosby’s actions judged in a criminal court carries a powerful emotional impact. The show contains several graphic descriptions of sexual assault and may not be appropriate for everyone, but for those interested in the long and arduous process that went into holding Bill Cosby accountable, Egan’s reporting, interviews and use of archival recordings are riveting.

The View from Somewhere

Podcasts with an explicit argument to make are rare. Lewis Raven Wallace’s The View from Somewhere is an exception, as the journalist makes his case against media objectivity. Wallace, who was fired from NPR’s Marketplace three years ago for a post titled “Objectivity is dead, and I’m okay with it,” leads us through a series of case studies, from news coverage of the Vietnam War to Black Lives Matter. The argument laid out simply in the show’s first episode, that journalism can be done in service of liberation, becomes more compelling with each piece of news history Wallace lays out for us.

Over the Road, a new series from Radiotopia and Overdrive magazine, gives us an in-depth look into the lives of America’s long haul truckers. On the show’s first episode, which debuts February 20th, host and longtime trucker Paul Marhoefer visits the Mid-America Trucking Show. “Think of a Home Depot about twelve times its normal size,” says Marhoefer, “then fill it with trucks, truck drivers, and every possible thing anyone has ever thought of to make a buck off a trucker.” Marhoefer is a natural storyteller and his descriptions are never dull. Some 4.2 million Americans hold a commercial driver’s license, he tell us, and thanks to his first-hand knowledge of trucking, Marhoefer’s interviews with these men and women sound like conversations between friends. Beautifully produced and telling a far-reaching story of how technology looms to change one of the country’s most popular occupations, Over the Road is a podcast you won’t want to miss.

Drilled’s third season has thus far lived up to its incredibly compelling title, “The Mad Men of Climate Denial.” It is a history of the world-historical damage done by big oil’s public relations arm, from the rehabilitation of John D. Rockefeller’s image to the mask it has put on the last several decades of environmental degradation. The story is enormous. Drilled’s storytelling is so effective because the show is interested in how climate denial became possible, how decades of lying about other misbehaviors laid out the blueprint for big oil to propagandize its way out of taking responsibility for bringing us to the edge of catastrophe.

Last month, WNYC’s Death, Sex & Money released a long-awaited episode featuring stories of how race can affect one’s friendships. Host Anna Sale speaks to a number of listeners, and each conversation illuminates the ways our society makes cross-racial friendships difficult to sustain, especially for people of color. “Your white friend can just make one comment and it feels like a trap door has opened up from underneath,” says one listener, “and I’m thrust back into the realities of living in a racist America.” The stories don’t make for easy listening, but Sale — one of the best interviewers working today — always gets the truth out of her guests.