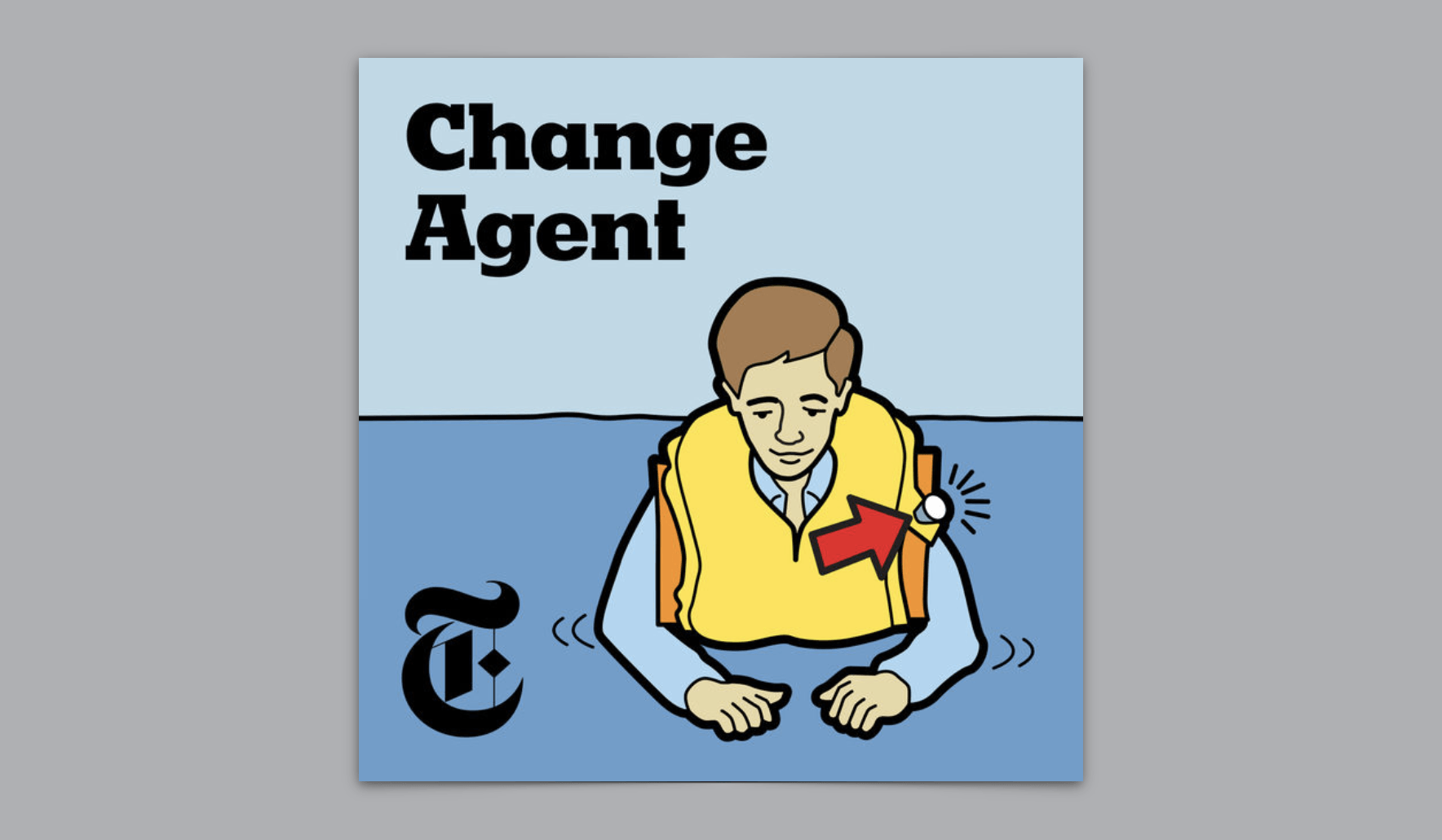 Self-help podcasts can offer advice, but it’s up to listeners to test out whether it works in their own lives. Which is why Change Agent, a show that follows people as they learn and apply unexpected advice to their sometimes unusual problems, is so much fun. It turns the self-help concept vicariously onto another person, so you can ride along for their struggle, enlightenment, and potential triumph.

Produced by the New York Times and hosted by Charles Duhigg, a former NYT business reporter who has written two books on the topics of habits and productivity, Change Agent is a five-part mini-series that premiered this February. Each episode begins with a person with a pesky or daunting problem, such as an octogenarian who was ghosted by her lover, then pivots to someone dealing with a different but fundamentally similar problem, like a high-end fashion designer attempting to sell jeans on the Home Shopping Network. A large part of the show’s appeal is this ability to not only find fascinating dilemmas but draw surprising parallels between them.

One particularly interesting episode focuses on a recovering alcoholic who is looking for a new job. She is persuaded to be open with interviewers about how her alcoholism caused her to hop around jobs and stop working for a few years altogether. But she’s nervous that sharing too much of her past could cost her opportunities, and unsure how to explain those employment gaps without coming off as cagey or untrustworthy. Plus, as a principle of her recovery, she wants to avoid hiding the truth whenever possible, since secrecy fostered her drinking problem in the first place. The question isn’t how to succeed in a job interview, but how to decide on the right amount of honesty.

We then hear the story of Patrick Doyle, the CEO of Domino’s Pizza. Doyle describes how in the early 2000s Domino’s sales were dropping because customers were tired of their “cardboard crust,” and after admitting publicly that they could do better, Domino’s revamped every aspect of their pizzas. But just as the company was asking to regain people’s trust, a video surfaced showing a Domino’s employee sneezing onto an order of cheesy bread and burying his booger into the topping. The video went viral and already dissatisfied customers seemed ready to give up on Domino’s entirely. For the company to recover, they would have to do something drastic.

So instead of downplaying the video or trying to cover it up, Doyle appeared in an online video where he plainly and openly accepted responsibility for the viral clip as well as the years of poor feedback they’d been receiving about their pizza. He vowed that the company was changing as a whole, and asked people not to let the actions of a few employees tarnish the work of every other Domino’s employee. They then turned this concept into a commercial where Domino’s employees read damning quotes from real customer feedback and hidden cameras showed customers complaining about their food. When Duhigg asks Doyle what his back-up plan was, in case radical honesty didn’t work out, he said there was none. “Probably I’d get fired and my replacement [would] figure out a way to fix this,” Doyle says.

Fortunately for Domino’s, the campaign worked. Within two days of launching the commercial and revamped product, sales were up considerably. So would a similar tactic work for the recovering alcoholic?

In a mock interview, she tests out her new plan of telling the interviewer that she’d stopped working temporarily to treat her alcoholism, and instead of feeling embarrassed or ashamed, she felt empowered. She ends up opening up much more than expected about her issue, and at the close of the episode, she explains how being forthright about her alcoholism to friends and former colleagues made her life feel less complicated.

My favorite thing about Change Agent is its knack for tying together seemingly unrelated stories without forcing anything. It requires an ability to see through people’s problems to understand the base-level fears and desires underpinning their habits. An episode that parallels the struggles of a high school to improve attendance rates with a bike delivery company trying to get messengers to show up for work on rainy days, is more than a creative spin on interoffice dynamics. It’s a primer on motivational psychology and the power of personal responsibility, as well as a sobering reminder that adults can be just as difficult to manage as teenagers.

With its mini-season format, Change Agent is easy to binge in a day or sample at your discretion. But at only five episodes, it makes me wish the Times would produce more or create other similarly thought-provoking mini-series. In podcasting, the Times is famous for its hit news show, The Daily, but it deserves to be just as well-known for this under the radar delight.