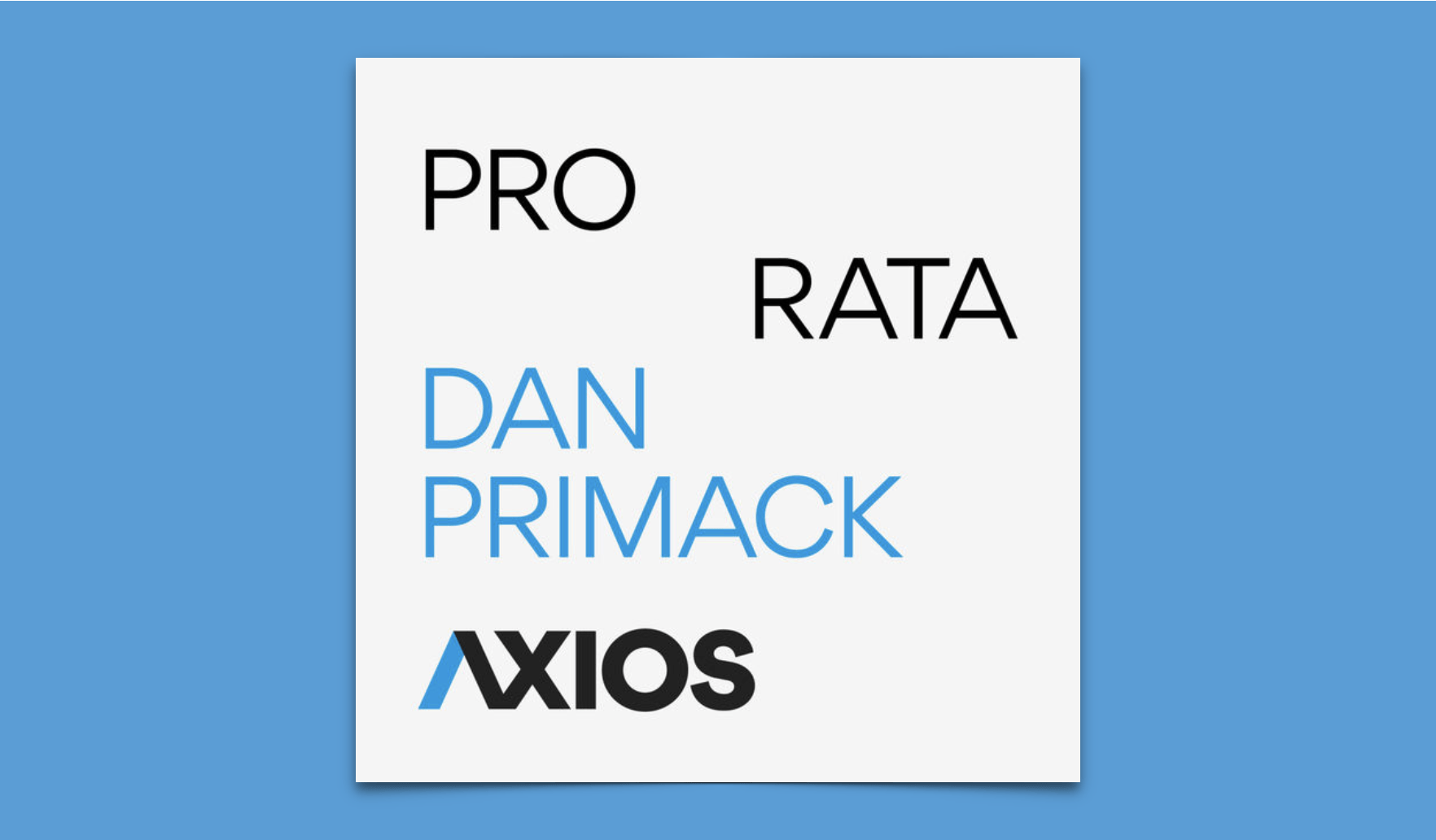 Until 2008, my family had dial-up internet, so we got our news in two ways: a paper copy of the Boston Globe and the local and national evening news broadcasts on television. In the later years of the Bush Presidency, we watched a lot of MSNBC too. But the Globe was the only source we could trust to give us a full picture of what happened in Boston, the country, and the world. Cable channels like MSNBC typically succumbed to punditry and sensationalism, and half-hour evening news shows could never cover enough in their short broadcasts.

In many respects, the same holds true for daily news podcasts, which a number of media organizations have debuted over the past two years. The newest major daily podcast, Pro Rata, by online news outlet Axios, neither competes with its older rivals nor comprehensively covers the day’s major events. While succinct and balanced, Pro Rata examines stories too specific to technology and business to even be a traditional news podcast.

In fairness, none of its three major competitors —The New York Times’ The Daily, NPR’s Up First, and Vox’s Today, Explained — offer coverage as complete as their parent shows and publications. Basically a truncated version of NPR’s Morning Edition, Up First comes closest by featuring the day’s top three stories in national and international news. The Daily and Today, Explained bill themselves as daily news shows, but they don’t always highlight the most pressing headlines. While both devoted full episodes to major stories like the Michael Cohen plea and Paul Manafort conviction, they often broadcast less urgent stories that don’t find the front page.

Pro Rata’s coverage falls more in the tradition of The Daily and Today, Explained. Host Dan Primark, with the exception of his Cohen/Manafort episode, spends the bulk of the 10-minute show interviewing experts on niche topics like the future of Bitcoin, Bernie Sanders’ war on Amazon, and the security of the American power grid. Similarly, Today, Explained recently released episodes on the film Crazy, Rich Asians and Viktor Orban’s threat to Hungarian Democracy. While more tied to the news cycle than its Vox counterpart, The Daily takes detours too. For example, host Michael Barbaro recently interviewed a Times reporter on the slaughter of Rohingya Muslims in Myanmar, which, while relevant, was breaking news nearly a year ago.

Primack, who premiered Pro Rata in late July, boasts that his show takes “just 10 minutes to get you smarter about the collision of tech, business, and politics.” As a result of his focus on this “collision,” Primack naturally pursues business and tech stories that don’t make the front pages. Consequently, Pro Rata often falls even farther from traditional daily news than Today, Explained and The Daily, which usually generate broader cultural and political interest even when they don’t chase the headlines.

Primack’s focus on business and technology surfaces in his coverage of topics outside those realms, too. Here, he and his guests often pivot back to the effect of political news on the markets. For instance, at Primack’s prompting, Axios CEO Jim VandeHei connected the Cohen/Manafort news to the American business climate. In the interview, VandeHei explained Trump’s relationship to the bull market and predicted that an international or constitutional crisis could derail the economy. This spotlight on the intersection of business and politics makes Pro Rata’s political coverage unique.

In this respect, and in its brevity, Pro Rata adheres vigilantly to the “Axios Manifesto,” which outlines the organization’s mission to provide succinct news and analysis. Founded in 2017 by former Politico veterans Mike Allen, Jim VandeHei, and Roy Schwartz, Axios covers tech, business, and politics in a “smart brevity” format designed to help readers “get smarter, faster.” They bill themselves as a media outlet worthy of people’s time (“axios” is Greek for “worthy”) and as a site designed for the digital age but not driven by the need for traffic, allowing them to de-sensationalize their stories.

The format of Pro Rata and the entire Axios website deserves credit for clearly reporting the news. Their narrow focus on political and economic stories and their effect on macro-level forces in the country and the world—and not much else—gives readers and listeners a clear picture of what’s happening and why it matters.

But the problems with Axios’ website plague Pro Rata as well. An Axios article reads like a bulleted briefing on an issue, not a news article. Paragraphs typically begin with headers like “Why it Matters” or “Bottom Line” or “Be Smart.” Each story includes a short lead preview and one of these headers, and then a button to read more with the text “Go Deeper” followed by a word count, typically not greater than 500. The format intentionally lacks nuance so that readers can get their information as quickly as possible.

Pro Rata mirrors the model directly in audio form. Primack says in each episode that the podcast takes “just 10 minutes to get you smarter.” Before advertisements, he says some version of “In 15 seconds, we’ll go deeper on all this” to introduce the next segment. In cutting time and emphasizing brevity, Pro Rata and Axios regularly forsake the depth necessary to create narratives, which should be the core of journalism and which are necessary to get “smarter” in an empathetic, holistic way. Media outlets can and should push back against the pace of our culture and encourage modern American life to recommit itself to responsible, long-form journalism. Instead, Axios adapts its journalism to the frenzy.

As a result, Pro Rata and Axios ultimately function as a full-throated endorsement of American capitalism in its current form. They advertise and endorse brevity, and in doing so, they implicitly endorse the fast-paced, individualistic nature of modern life. In their manifesto, they admit that they aim to “adjust” their coverage to the “shorter attention span” of consumers. And the constant connections to business and tech, even in political coverage, reveal that Pro Rata exists to help those who wish to function prosperously in the current economic and political climate, not criticize it and improve it. For Primack, listeners need their news quickly, so they can go back to what they were doing. More responsible journalism might question how American culture arrived at a point where people view news as an interruption to a never-ending list of tasks.

Politically, Pro Rata tries not to be biased. For instance, Primack and Axios executive editor Mike Allen offered cut-and-dry political analysis of President Trump’s recent attack on bias in Google searches. Even in their Cohen/Manafort episode, Primack and VandeHei focused on what the news meant for Trump’s agenda and made predictions on Trump’s next move rather than wondering, as many of us did, what our country has come to. But Pro Rata is biased in that Primack both covers and favors business. In his recent episode on Bernie Sanders’ attack on Amazon, Primack called left-wing criticisms of Amazon “wealth-bashing,” and the show lacked a single mention of income inequality. This absence of economic questions whose answers involve millions of people serves to reinforce the status quo, not challenge it.

I’m not arguing for capitalism to be unseated from its position in American national identity, and media outlets don’t need to either. But failing to interrogate the broader economic picture and its effect on our culture is not responsible journalism for the public good. In an era where public and private institutions wage war on the truth, Americans need more from the news than just the facts and why they matter for technocrats.