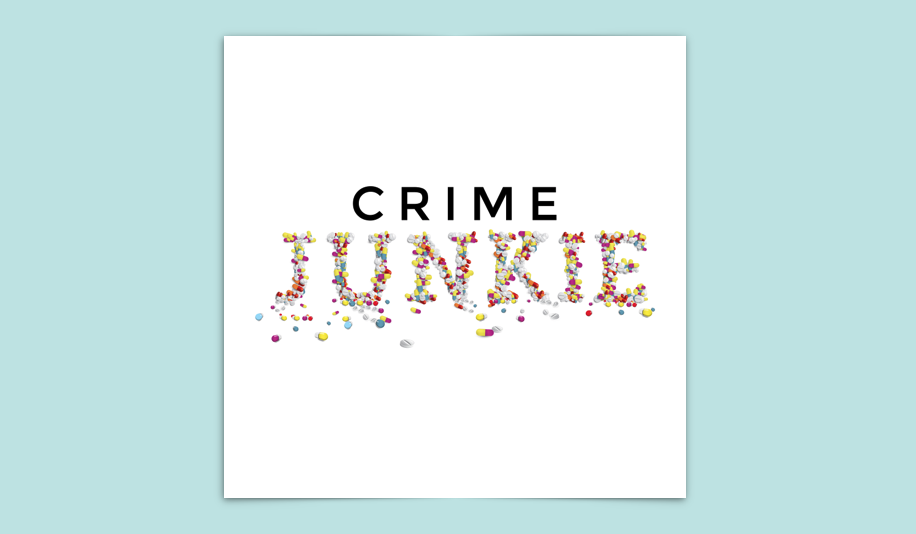 Note: Readers should be aware that the Crime Junkie podcast has been accused of multiple accounts of plagiarism. You can read journalist Cathy Frye’s own account here. We regret not knowing this information until after the publication of the following review.

There are moments when Crime Junkie’s co-host, Brit Prawat, seems like the podcast’s own in-studio audience. Prawat loves to react to what host Ashley Flowers tells her, and she constantly sounds shocked. “Full. Body. Chills.” and “Wait, what?” are just two of her common catchphrases, and she repeats them so often you can be forgiven for rolling your eyes. Flowers even acknowledges Prawat’s reputation for these exclamations, saying during an episode without Prawat, “You guys, if Brit were here, I know this is when she would say ‘Wait, what’.” Because of these reactions, rather than merely listening to a story, we are often listening to Prawat listen to a story, a role she takes on with enthusiasm.

Crime Junkie, as the title suggests, is a podcast made for fans of true crime. But as Prawat’s excited reactions show, it is also a podcast made by fans of true crime. Flowers emphasizes this point as the show’s primary narrator. In one episode, she says she is glad she attended such a large high school because all of her oral presentations were about serial killers — not exactly what you want to be known for.

Flowers’s fandom also extends to the way she talks about her research for the show. She doesn’t just tell the listener facts, but insists on mentioning what media she learned them from. “All my questions got put to rest when I watched the Oxygen special,” she once says, referring to the true crime-focused TV channel.

Crime Junkie takes on a similar format each week with only occasional deviations. Most episodes are between thirty minutes and an hour and consist of Flowers offering her telling of a crime, one usually involving murder or a disappearance. Prawat reacts to what Flowers says and sometimes gives a different perspective on the case. These stories are told over an ominous soundtrack that never changes. Once a month they include a segment about adopted dogs that is unrelated to the rest of the show and was inspired by their online fans sharing pictures of dogs.

Because of the show’s structure, Crime Junkie’s success rests largely on Flowers’s storytelling ability. Flowers speaks quickly, tossing out a succession of facts that can be easy for the distracted listener to lose track of. But she also has an eye for finding images that bring each case to life. We are introduced to one suspect with a text message that reads, “Hey, this is Travis, the guy in the creepy white van.” The text ends with a smiley face.

The storytelling techniques the show uses are as old as campfire stories themselves, which is not to say there’s any reason to update them. It’s also not to say that they’re unprofessional. Though Flowers likes to sprinkle colloquial expressions into her speech, it is clear that every episode is carefully crafted and researched. That attention to detail distinguishes Crime Junkie from most podcasts that involve conversations between friends.

The stories are at their best when examining cases that we don’t understand. Small pieces of evidence, like the email Maura Murray printed out and left in her room before she disappeared, bring the listener through a swirl of thought as we try the impossible task of understanding another person’s mind.

One drawback to this insistent speculation is that the podcast sometimes veers too far into the world of conspiracy theory. In an episode whose title appropriately starts with the word “CONSPIRACY”, Flowers says “we aren’t meant to know” about the connection of the case to something larger, before self consciously admitting “I know how conspiratorial and tin foil hatty I sound.” A listener’s reaction to her words mostly depends on their willingness to play along with conspiracies.

In a way, Crime Junkie is not just about crimes; it is also about two friends connecting over something they love. Sometimes that thing is crime and sometimes that thing is dogs. Either way, connection is precisely what gives the show its appeal. Since the proliferation of the internet, communities of fans have found each other in ways that keep them from feeling alone. Flowers’s informality and Prawat’s reactions make the show feel accessible and reminds listeners that the hosts are a part of their same community.

Crime Junkie even encourages listeners to see the show as a lifestyle. A group of girls in one episode who check on each other to stay safe are referred to as “very good crime junkies.” Crime Junkie goes as far as periodically incorporating rules of life into its episodes, the number one rule being “you don’t know anyone ever.” After hearing Flowers explain this rule, Prawat quips, “Wow, I feel like you trust me a lot now, thanks,” and Flowers never really responds. Instead she plows right ahead with the story, and we are left to ponder what it means to be a part of a community united in distrust.