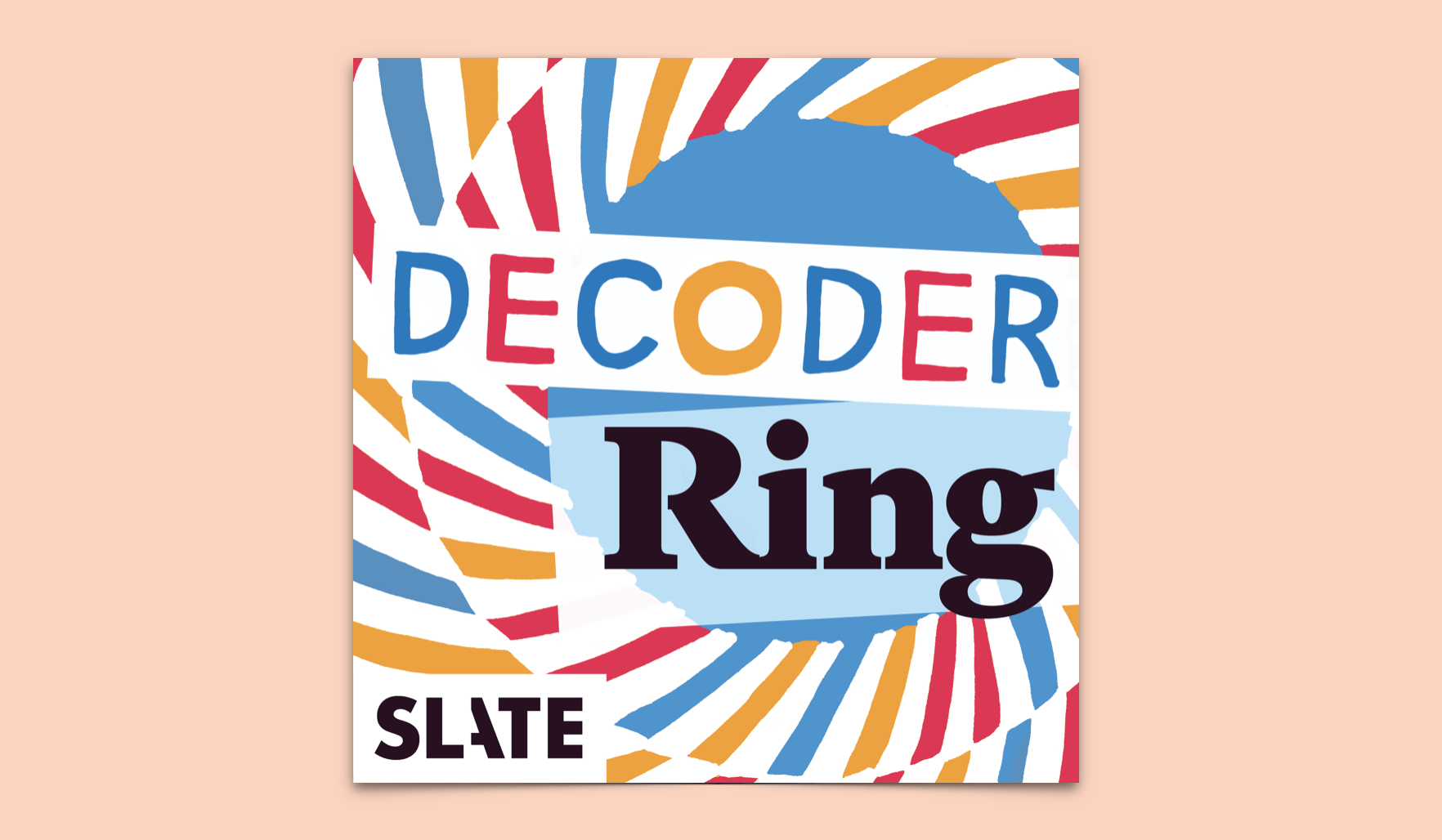 For amateurs and established networks alike, cultural commentary has long been the bread and butter of podcasting. And within this sea of voices, Slate often serves up the very best. Some of the longest-running shows in the podcast universe are the Slate Political Gabfest and Slate Culture Gabfest, weekly discussion-based programs from a round-table of personalities. Newer to the family are the sports-centric Hang Up And Listen and the parenting podcast Mom and Dad are Fighting, and the less traditional program The Waves (formerly Double X Gabfest) which delves into issues of female empowerment. These shows lean on intelligent discussion to offer critiques of current events, and its panelists never shy from diving deep into the culture at large. One of Slate’s newest offerings, Decoder Ring, takes this spirit of dissection to the next level in the form of an investigative series.

Each installment of Decoder Ring sets its sight on an under-explored corner of the entertainment universe, as host Willa Paskin merges an intellectual curiosity with straightforward reporting. The show’s first episode,“The Laff Box,” explores the history of the laugh-track, that omnipresent-until-it-completely-disappeared artifact of the television sitcom world. Where did this particular construct originate, and what accounts for its sudden exit? Paskin fleshes out the known particulars, from the details of how variable a laugh track can be to pinpointing the moment when sitcoms suddenly dropped the device as a requisite piece of production. In many ways, this is a familiar and well-honed story of the rise and fall of a cultural touchstone. But the episode also explains why we may not need artificial laughter now that we can engage with fellow viewers on social media. The historical nature and mysterious trajectory of this topic would make it a perfect fit for Malcolm Gladwell’s Revisionist History, and the design elements convinced Roman Mars to include the episode in the feed of 99% Invisible. “The Laff Box” is absolutely solid and thought provoking, and works as a jumping off point for much more gleefully experimental territory.

Like, for example, “The Johnlock Conspiracy”, the most focused episode to date. Sherlock Holmes is certainly a household name, but few non-devotees would likely be clued in to a fan theory about Holmes’s possible romantic relationship with his sidekick John Watson. Benedict Cumberbatch’s portrayal of the famous detective inspired lots of fan fiction revolving around sexual identity, but as it turns out this latest imbroglio is far from novel. People have fought over Holmes’s sexuality nearly since Sir Arthur Conan Doyle breathed life into the polymath private eye. Not only did I come away from this episode with a revelatory understanding of “shipping,” I also gained a new appreciation for how fictional universes guide the public imagination and self-conception. Podcasts often foster discovery of previously unknown narratives, but these stories are often told in a singular and unintentionally siloed way. “The Johnlock Conspiracy” explores a very specific reading of the Sherlock world that demonstrates how art can spark tight-knit communal allegiances.

Solving mysteries full of wonder is a welcome addition to a genre of podcasting filled with journalists investigating gruesome murders. Decoder Ring is only one of a few shows that have experimented with this kind of pursuit. Starlee Kine’s now defunct Mystery Show endeared itself to audiences by chasing whimsical inquiries about lingering personal curiosity, following even the most trivial of leads on a meandering journey of (sometimes only metaphorical) discovery. Heavyweight has a similar gimmick, with host Jonathan Goldstein attempting to reverse engineer his guests’ emotional ruptures to seek closure in the present. Paskin, however, is less concerned with being a character in her show, a testament to her brand of smooth, fact-based storytelling. Paskin is a marvelous guide to take audiences on this journey. Her calm tenor avoids the reactionary hot-takes common on discussion-based shows while also sidestepping the measured gravitas that accompanies most investigative audio. The result is a series that, with each episode, highlights the often unexpected ways cultural phenomena can shape our lives. With a deceptively large scope, Decoder Ring wrings universal takeaways from even the most incredibly niche subcultures.

Of course, the show’s focus on decoding bewildering outgrowths of culture means that its subjects are unlikely to rank among an era’s most remembered events. This sense of specialization could lead to neatly packaged answers readily doled out and minted with an air of irrefutable truth. Thankfully, Paskin takes her findings and offers just one potential conclusion, allowing room for doubt. This is perhaps best represented in the masterful recent episode “The Incunabula Papers,” a spirited conspiratorial romp into the world of alternate reality games (ARG). The episode starts out as expected – with a snippet of audio and a measured contextual backdrop for this unexplored world. It’s weird and disorienting, with details about inter-dimensional travel and counter-cultural research, but Paskin promises to demystify things by the episode’s end. While an alluring tale does take shape, something odd begins to manifest when sponsor Aleph Mattresses surfaces. This company initially pops up through a traditional host-read ad that all podcast listeners know well, and then through a series of increasingly frantic seconds-long staticky voicemail blips that interrupt and quickly relinquish control to Paskin. By the time the show wraps, Decoder Ring has both delivered another excellent chapter and created an ARG while reporting on the original ARG. It takes a special kind of show to be able to pull off this kind of multi-layered fever dream, and this episode in particular is a testament to the work of producer and occasional co-writer Benjamin Frisch.

Like many shows examining history, Decoder Ring has a large pool of source material to draw from. In the process of forming and then answering each episode’s central question, the show uses these sources to retrace a course across a wide expanse of time. This is similar to the work of our best historians, who read meaning into the past with the hindsight of an impartial observer. It’s hard to imagine a world where someone isn’t trying to explain our convoluted culture back to us, and Decoder Ring makes it easy to envision new ways of carrying this out. The accessibility and low-level of commitment involved in listening to a podcast positions the show to hone in on angles that might not make the cut of a risk-averse editorial page. Breaking the mold of a round-table discussion and not seeking to inform the populace of anything particularly urgent by today’s news standards, Decoder Ring delivers criticism as story — and invites listeners to contemplate the ever relevant intersection of fiction and reality.