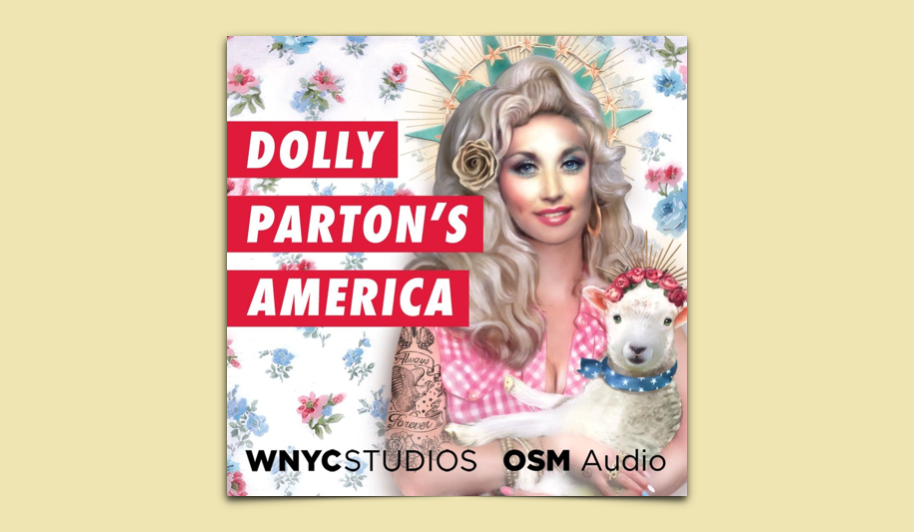 Political commentary may be podcasting’s fastest-growing genre. The feeling that things have fallen apart and will never go back to the way they were – whatever that means for you – has created a space that calls out for political discourse. As if with enough banter, we might finally understand how to fix a broken democracy.

But then there’s the example of Dolly Parton, who in far less exhausting ways has managed to cross the divide. Between 2016 and 2017, when Americans were dealing with the most divisive political climate in decades, Parton’s Pure & Simple Tour drew together fans from blue and red counties to take a break from the news and enjoy her timeless songs. Despite being a country musician, Parton has long held fanbases among both liberals and the LGBTQ community. That’s not to say she hasn’t made ignorant remarks about certain sexual identities, but when it seems like no one can reach both sides, Dolly Parton can.

So how does she do it? Dolly Parton’s America attempts to answer that question.

Over nine episodes, the podcast reexamines Parton’s place in American culture — as the busty and bejeweled country star who’s been taken up as a feminist icon — and pulls back the layers within her music to uncover complex and fascinating histories.

The show’s host, Jad Abumrad of Radiolab fame, has an oddly personal connection to Parton. Abumrad’s father, a doctor in Nashville, met Parton when a car accident sent her to his hospital in 2013. They struck up an unlikely friendship, and after a year or so, Abumrad asked his dad to set up an interview. At that meeting, he realized there was more to Parton’s world than he expected, and that he would need more than one interview to tell her story.

By studying his father’s friendship with Parton, Abumrad learned the first great truth about her music. Parton reaches a politically, geographically, and socio-economically diverse fanbase because anybody can find connection in her songs. She writes songs for people who are falling in love or are feeling trapped in love, people who want to celebrate or want to wallow, and for all of the people who work 9 to 5 jobs. While some of her biggest songs, like “Jolene,” have highlighted women’s positions of power (and powerlessness) in society, they were often written with male listeners in mind. Even when Parton speaks from a single perspective, she seems to take, or at least interest, both sides.

On the podcast’s fourth episode, “Neon Moss,” we learn that Abumrad and Parton go back further than you’d expect. When Abumrad visits Parton’s childhood log cabin home in an ancient, Appalachian woodland, he is reminded of his father’s own remote upbringing. Then, in talking with music historians, Abumrad reveals that many of the lute instruments and yodeling techniques used in Parton’s music were first developed in the Middle East, including Lebanon, where his father was born.

For all the politics Parton tries to avoid — her official policy is to never offer any tangible political opinion, a sort of universal acceptance by omission — Abumrad and his producers at least get into some of the history behind country music, explaining how the genre has whitewashed its African and Caribbean roots. Some have argued that Parton is guilty of a similar glazing-over in her dinner theater show formerly titled “Dixie Stampede” (they dropped the ‘Dixie’ last year), which reimagined the “good old days” of the South without once mentioning slavery.

Dolly Parton’s America perhaps misses an opportunity to question Parton about this reckoning, but one doubts they would get much from her, and the show has more than enough to offer by focusing on what is not understood about Parton. Like many older celebrities — she is 73 — Parton has worked through barbaric times in the entertainment industry. Her rise to stardom didn’t happen overnight but was fought for through years of casual and aggressive misogyny. It’s not sheer coincidence that some of her songs deal with issues that still need rectification in the #MeToo era.

Of course, one of the most brilliant aspects of the show is how it deals with music. Podcasts on musicians don’t always take advantage of their subjects’ innate musicality. But fans of Abumrad’s intricate audio-editing techniques will be pleased with the way he remixes and stretches Parton’s songs to make his analyses more engaging.

Dolly Parton’s America builds by overthinking the details. Questions surrounding the possibly lesbian undertones in “Jolene,” Parton’s perfectly replicated family home at the Dollywood amusement park, and her rejection of feminism while writing many pro-feminist lyrics, are not new to the world. But Parton’s legacy hasn’t received the same scholastic treatment as other pop musicians’, so this podcast is a chance to establish a body of Parton-ology. The result is filled with surprise and, like Parton herself, hardly superficial.