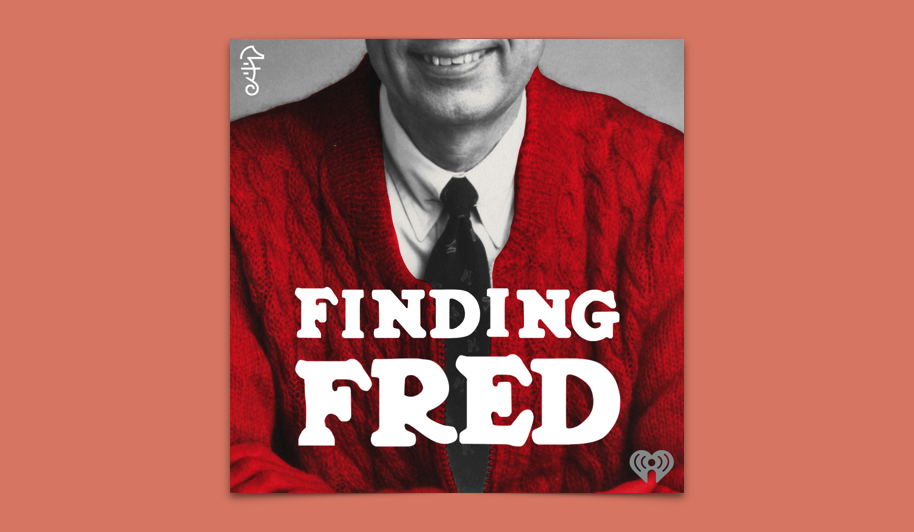 To his fans, Mr. Rogers was never just a figure on a television screen. He felt like a real friend, a real neighbor. He called his shows “visits,” and viewers often felt he was in the room, talking directly to them.

In Finding Fred, the new podcast from Fatherly and iHeartRadio, we hear multiple people who talk about watching Mr. Rogers’ Neighborhood as if it meant spending half an hour with the man himself. In one instance, host Carvell Wallace recalls something his ex-wife told him. She said of one time she watched Mr. Rogers’ Neighborhood, “We just sat there and he taught me how to use chopsticks.”

That ability to transcend his medium might help explain Mr. Rogers’ popularity today. In a world where our relationships are so often confined to pictures and text on a screen, Mr. Rogers’ warmth can still be felt through the glass.

Finding Fred is, at least in part, about the life of Fred Rogers. But it doesn’t delve too deep or get too personal. The podcast focuses more on Mr. Rogers’ philosophy than his feelings and many of the episodes feature Wallace talking to guests about the lessons one can glean from Mr. Rogers’ Neighborhood. If you are looking for a portrait of Mr. Rogers’ life, much of the ground that Finding Fred covers was already dealt with in the 2018 documentary Won’t You Be My Neighbor. Stories like his relationship with François Clemmons, a black police officer on the program, are at turns awe-inspiring and anger-inducing, but less so when they have already been covered.

That’s not to say there are no anecdotes about Mr. Rogers in Finding Fred that will elicit emotion. Episode 4, “Beth,” discusses Mr. Rogers’ relationship with a girl who at one point suffered from over a hundred seizures a day. Hearing how Mr. Rogers made an effort to build a relationship with the girl and support her in her most painful moments reveals why Mr. Rogers’ reputation is well-deserved.

But Finding Fred is as much about its interviews as it is about Mr. Rogers. Wallace talks to his guests not only about their experiences with the show, but also their personal philosophies on the issues that Mr. Rogers’ Neighborhood brings up. We hear from people who knew Mr. Rogers, like François Clemmons, but also people involved in the greater cultural conversation who watched the show, like comic W. Kamau Bell and writer Ashley C. Ford.

Hearing Wallace talk to celebrities and journalists about topics important to them would make a great podcast. In fact, it already has made a great podcast. Wallace’s Closer Than They Appear, released in 2017, consistently featured interviews that dealt with many of the most pressing questions America faces.

There are moments when that show peeks out, such as when W. Kamau Bell offers his take on Mr. Rogers and race, but because Finding Fred tries to be about both Mr. Rogers’ life and the lives of the show’s guests, it doesn’t leave enough room to fully explore either.

The problem with a podcast about such a great person is that it can too easily turn into hagiography. Carvell Wallace and his guests all seem to love Mr. Rogers. That love may be justified, but it doesn’t always make for compelling listening. Heroes need flaws, and though Mr. Rogers has his flaws, as revealed in episode two, they aren’t central to the podcast’s story, which means the show lacks tension much of the time.

Mr. Rogers made one show for adults. It was called Old Friends…New Friends, and Wallace finds it riveting. In Finding Fred, Wallace plays a clip from the program, and we can hear what fascinates him. The space and intimacy are borrowed from Mr. Rogers’ Neighborhood, but they are used to explore weighty themes like art and inspiration, concepts that Rogers reinvigorates with a childlike wonder.

Hearing Wallace’s admiration of that show, one may suspect that with Finding Fred, he wanted to emulate, if not recreate, Mr. Rogers’ magic. The cardiganed figure’s ability to make every moment feel personal seems relevant, now, in the age of social media, more than ever. But perhaps the problem with Finding Fred is that it looks up to Mr. Rogers too much. The podcast spends so much time trying to find Fred that it never quite finds its own identity.