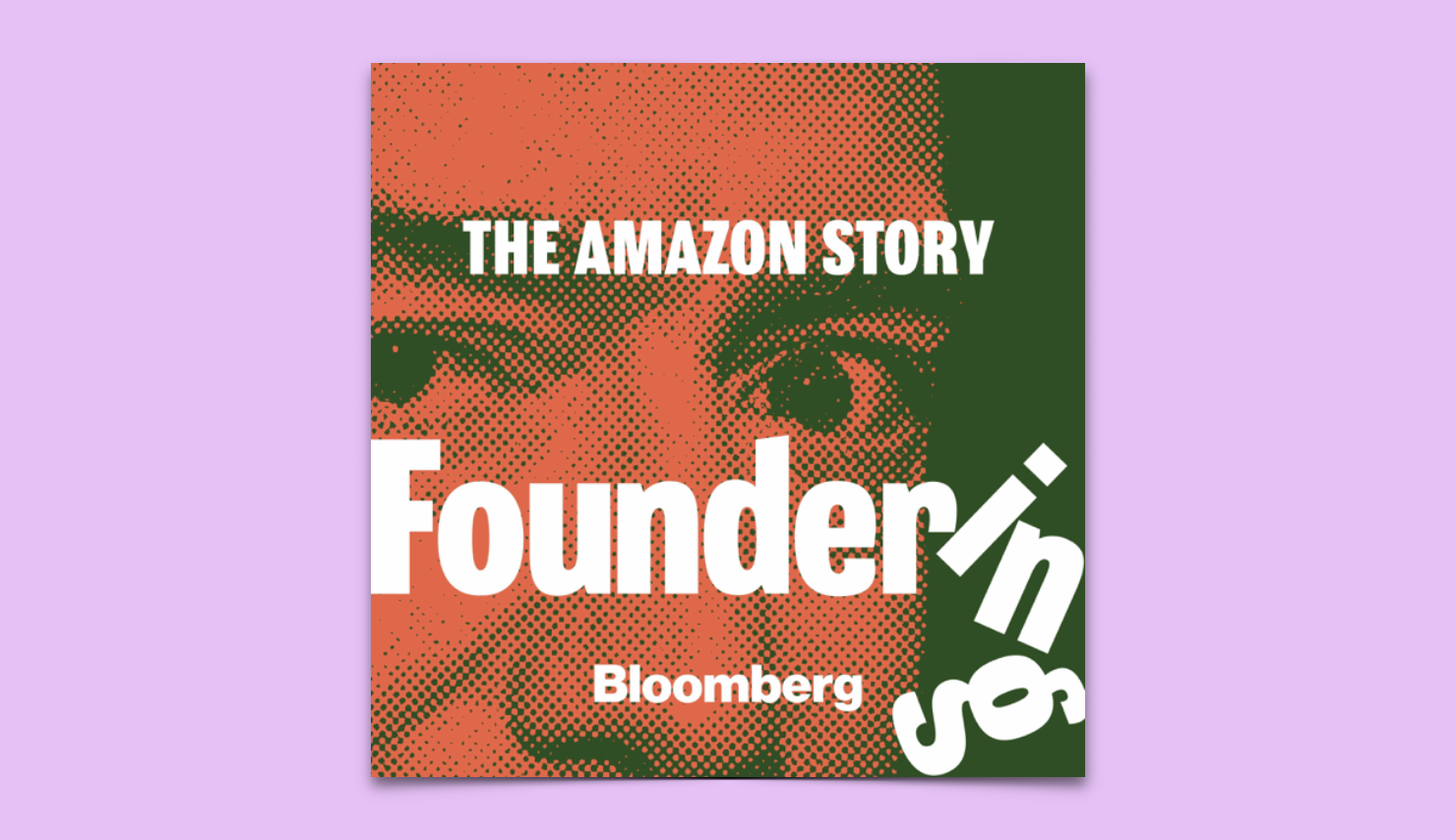 The third season of Foundering is a bit slow to start. Produced by Bloomberg Technology, the podcast spotlights the tech industry’s most influential companies and the drama that comes with immense power. Seasons one and two focused on WeWork and TikTok, while the newest season homes in on Amazon, a massive company founded by the second wealthiest man in the world. It’s impossible to tell the story of Amazon without talking at length about Jeff Bezos, and so it makes sense that episode one places a spotlight on the founder himself. But the difficulty with conducting a character study of Bezos is that you mostly see what he wants you to see, which doesn’t always make for very interesting storytelling. Bezos is slick, calculating, and aggressively business-minded (in one interview clip, he describes his life approach as being based on a “regret minimization framework”); host Brad Stone knows this, but he nonetheless sounds a bit reverent when talking about Bezos. If you’re at all skeptical of Amazon, then Stone’s admiration of its kingpin can be a bit hard to get past. Eventually, though, Stone starts to pull back the curtain, and it’s worth sticking around for.

Episode two departs from starry-eyed praise of Bezos as an inventor to take a look at his questionable track record with consumer privacy. Stone points out that while Amazon takes great pains to keep new projects under wraps, the company is far looser with the most personal information of the very customers whose experiences it claims to prize so dearly. In one of the season’s most revealing moments, Stone shares a clip of Bezos promising full transparency about the use of consumer data for the Amazon Echo, one of the company’s most complex and influential products. He did not keep that promise. In an incriminating interview with a former Amazon transcriber named Ruthy, it becomes glaringly apparent that Echo owners did not know their conversations with Alexa were being screened by other humans. Ruthy would sometimes hear people order dildos, jokingly toy with Alexa, or in more rare but alarming cases, hear men speak aggressively or abusively to Alexa. “They’re in their private home,” she said. “They think that no one will ever hear the words that are coming out of their mouth, ever.”

For a company with such a wide reach and broad employee base, Amazon has nevertheless managed to keep a tight grip on its public image. But Stone is diligent about incorporating the stories of exploited workers and Amazon Marketplace sellers. Some of the stories are infuriating, some are sad, and others are a bit funny as well, or at least in the way that it can be amusing to hear a wronged employee openly bad-mouth an employer who probably deserves it. At one point, a former Amazon delivery driver named Avery reveals that Bezos going to space (and subsequently thanking his employees for footing the bill) was his breaking point: “So basically he just rode the world’s biggest roller coaster on my dime,” he said. “Yeah I fuckin’ quit, very shortly after.”

Stone is a natural choice for this season’s host. He is a career journalist who has been tracking Amazon’s story for over two decades, has authored two of the most definitive books about the company, and his work is often referenced by other reporters covering Amazon. He clearly has deep reservoirs of knowledge about the company and its founder. Still, his affect leaves something to be desired, and as I listened I felt myself wishing that he were a bit more conversational. His cadence sometimes reminds me of how an adult might read a children’s book aloud to a group of elementary school kids, carefully sounding out each word in tightly measured tones. But where his delivery falls short, Stone makes up for it with expertise and a willingness to shed light on Amazon’s seamy underbelly.

What Foundering: The Amazon Story does well is outline the discrepancy between Amazon’s business goals and its leadership values. Bezos’s insatiable ambition for the company’s quick and enormous growth is what drove its success, but it’s also what’s pulling it apart at the seams. Bezos invests a mind-boggling amount of money into his projects, not to mention time and energy, but he also wants each product launch to seem like a “surprising, almost magical reveal,” Stone says. He wants each aspect of the company –– its marketplace transactions, product offerings, delivery services –– to seem fast and frictionless, almost effortless. The trouble with this illusion, according to the podcast, is how it erases and severely undervalues the labor of some of its most overworked employees, rendering them invisible. In the show’s brightest moments, Stone and his team help give those people a platform.