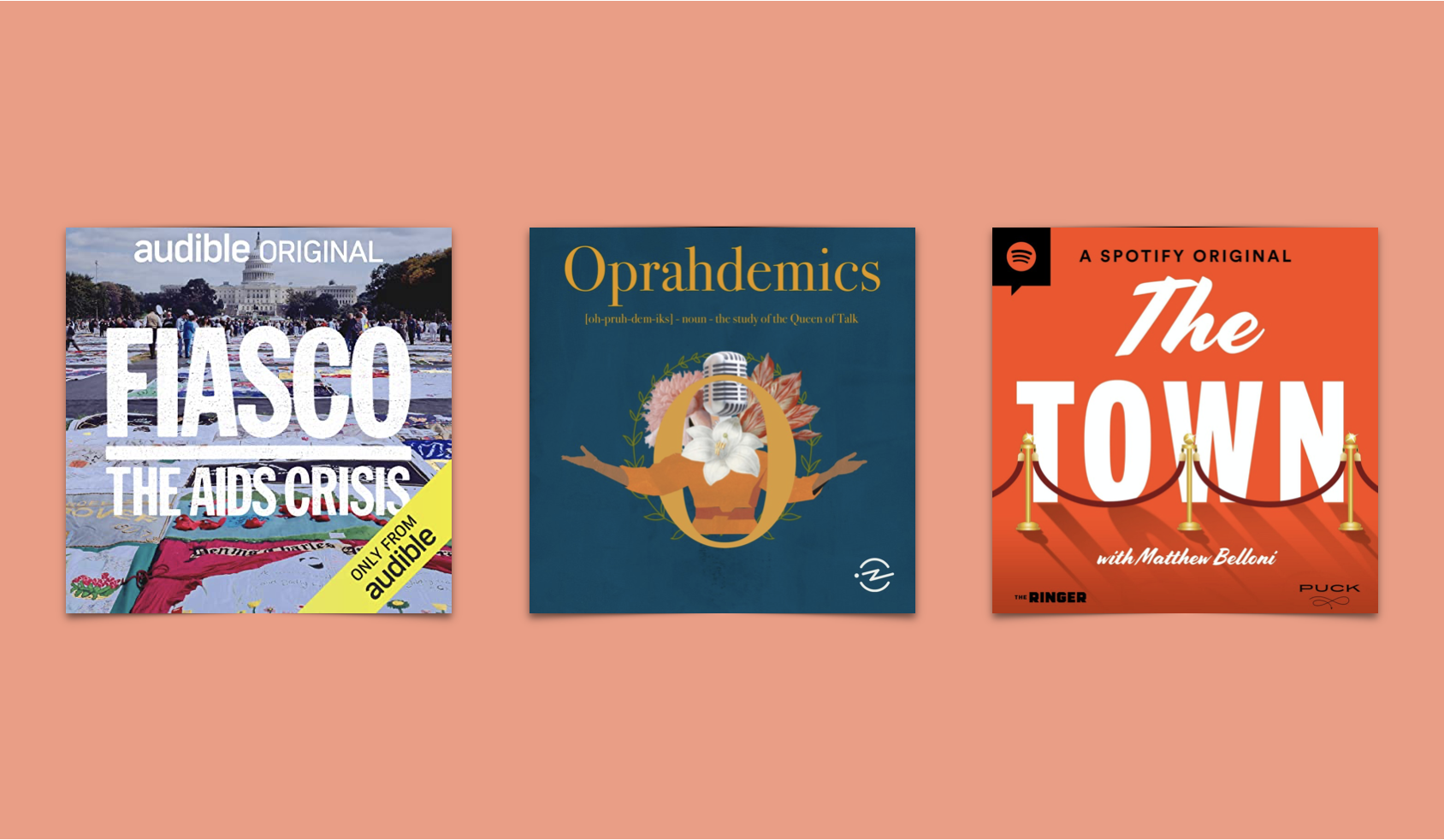 The fifth season of Fiasco, which premiered last month on Audible, investigates the discovery of AIDS and the subsequent, disastrously slow responses of those in power. The excellent first episode opens with what host Leon Neyfakh describes as the first broadcasted interview he was able to uncover with a person speaking openly about living with the condition (it was not known as AIDS at this point). The show is invested in recalling exactly how AIDS was thought about by patients and doctors as it was being ignored and ultimately bungled by the media and the Reagan administration.

You don’t have to watch The Oprah Winfrey Show to know who Oprah is. After all, she is so famous that most people refer to her by first name alone. In Oprahdemics, a new podcast from Radiotopia, hosts Kellie Carter Jackson and Leah Wright Rigueur get into the particulars of Oprah Winfrey as an individual, entertainer, businesswoman, and cultural icon. Jackson and Riguer are both academics and take a critical approach to analyzing Oprah’s impact, but the tone of the show is also upbeat, lighthearted, and full of infectious laughter (the two are good friends and both self-declared Oprah enthusiasts). If there is a scholarly equivalent to fangirling, Oprahdemics is it, and it is a blast to listen to.

The latest from The Ringer’s pop culture department is The Town, journalist Matthew Belloni’s insider look at Hollywood. The show debuted in March, and has thus spent much of its short run filing through the aftermath of Will Smith’s slap. The episodes, which drop multiple times per week, are short and easy listens, as Belloni breaks down the box office with a particular focus on the industry’s (hopeful) recovery from the lows of the pandemic.