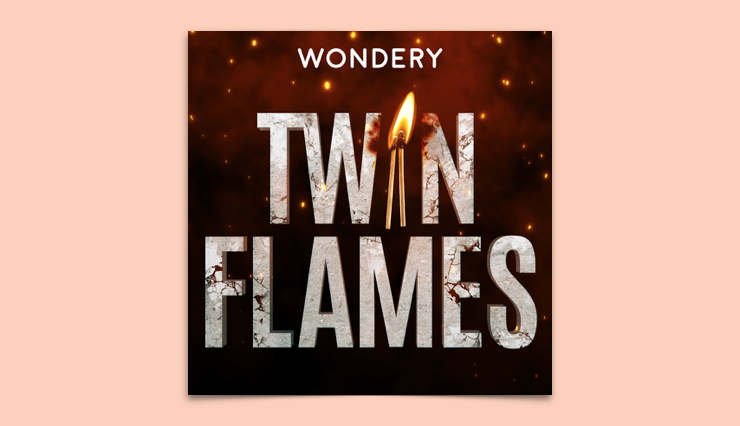 There is a scene in Sex and the City that I will never forget. In it, Charlotte York attends a conference held by a self-help group called the “Fountain of Faith.” There she is in a room filled with visibly desperate single women looking for love in all the predictable places — namely, the unharmonious union between bad-faith religion and personal development. Charlotte is enthralled. Of course! A woman must be “open” to love in order to receive it. Inevitably, her hope turns to disillusionment when the “Fountain of Faith” fails to deliver the miracles promised. Her ordeal is the sort of masochism we should have left where it belonged: the early 2000s. Internalized misogyny relating to love and relationships has not gone away, but merely evolved to include modern problems such as homophobia, new-age cults, and — everyone’s favorite — the Internet. In fact, Charlotte’s affirmations look less bizarre now than they did when the episode first aired two decades ago. The resurgence of astrology has made sure of that.

A real-life version of the “Fountain of Faith,” known as Twin Flames or the Twin Flames Universe, is the subject of Wondery’s latest podcast. It sounds like your typical new-age cult nightmare, wherein impressionable people are manipulated into increasingly strange behavior by charismatic leaders. But this group is a bit different. Jeff and Shaleia, the young couple behind Twin Flame’s teachings, reach their followers through the Internet. The fact that none of the people involved in the “Universe” ever meet each other in person makes for a strangely disjointed listening experience, but this detail comes at the beginning of the six-episode series.

According to Jeff and Shaleia, who at their most popular had 15,000 active followers, finding your twin flame is the source of divine love, capable of solving most of the world’s problems. Angry dictators, after all, are only vindictive because they haven’t yet found their soul mate. But when anyone talks about “destiny,” especially as it relates to human relationships, the potential for harm is hard to ignore. The podcast exposes that harm and the result is disturbing, entertaining, and ultimately disappointing.

But before lingering on the show’s shortcomings, it’s worth noting what Twin Flames gets right. The podcast follows perspective from both inside and outside of the group, including the experience of a man named William who is stalked by his ex-girlfriend, Katie. In episode three, we learn that William spends years living in terror. Why? Katie cannot accept that their relationship is over; William is her twin flame. It isn’t clear how much of Katie’s obsession would have existed without the influence of Twin Flames, but any problematic behavior that was already there is baited by Jeff and Shaleia’s teachings. Jeff tells Katie that William is avoidant and insecure. He assures her that her conduct is, in fact, a form of self-actualization. The podcast does an excellent job of legitimizing a man’s experience of stalking and the potential for an out-of-touch online culture to encourage illegal activity. It proves to be the show’s best episode.

The central character of the series is a member of Twin Flames named Angie. We follow her story throughout the other five episodes, from her first exposure to the group to her eventual disillusionment. After experiencing health issues leading to a lack of self-confidence, Angie becomes drawn to a work colleague named Ron, but their flirtation is vague and stunted. Angie is convinced that Ron is meant to be in her life, but instead of letting her crush organically work its way to an end, she discovers Jeff and Shaleia’s videos. Angie can’t help relating to their message — “Living without your Twin Flame is suffering” — and scrapes together hundreds of dollars to subscribe to their private online teachings. They tell her to reconnect to her femininity, which involves wearing make-up and dressing more attractively. Obviously.

Jeff and Shaleia’s manipulation is stark: telling a woman who has lost her reproductive organs to cancer that she will never be loved until she reclaims her “femininity” is nothing short of abusive, yet the cult of self-improvement succeeds by placing the onus on the individual. Angie is a “believer.” And over the course of Twin Flames, we hear about the ways she is further manipulated into changing her identity, her name, and even her gender, all to satisfy senior members of the Universe. After leaving the group, Angie comes out as queer, and realizes a sense of self that was denied to her throughout her time in the cult as it forced her to conform to binaries of “divine” masculinity and femininity. It is fear of gender fluidity repackaged as new-age expression.

The questions raised by Angie’s experience are complicated and important, but Twin Flames manages to swerve around each one. The podcast sticks firmly to the realm of entertainment, a technique that worked well in the past for hits like Dr. Death and We Crashed, but this series deals with subtleties that are too important to neglect. A few vague clarifications or broad questions make little impact. While Angie is sympathetic, the show never asks if her motivations were financial. Surprising, given that the catalyst for her leaving the group was money. Twin Flames sets itself up to ask these harder questions but instead proposes generalizations rather than genuine insights.

Known for its dramatic true crime series, Wondery has amassed both a dedicated following and a wide general appeal. You would think that the podcast’s popular format, celebrity narrator, and  “new-age cult” yarn would make for a memorable listening experience. Instead, its tale of obsessive love fails to make an impression within a crowded genre, lacking features that distinguish it as unique or lasting.

“How far would you go for love?” asks Twin Flames. Ultimately, love factors very little into the motivations of this podcast’s subjects. Money, loneliness, insecurity — these are the real factors at play. But rather than probe further, the show shrugs and says, Well, that’s love for you. The crucial questions raised in the show, around issues of obsession, gender identity, and coercion, make its lackluster ending all the more disappointing.