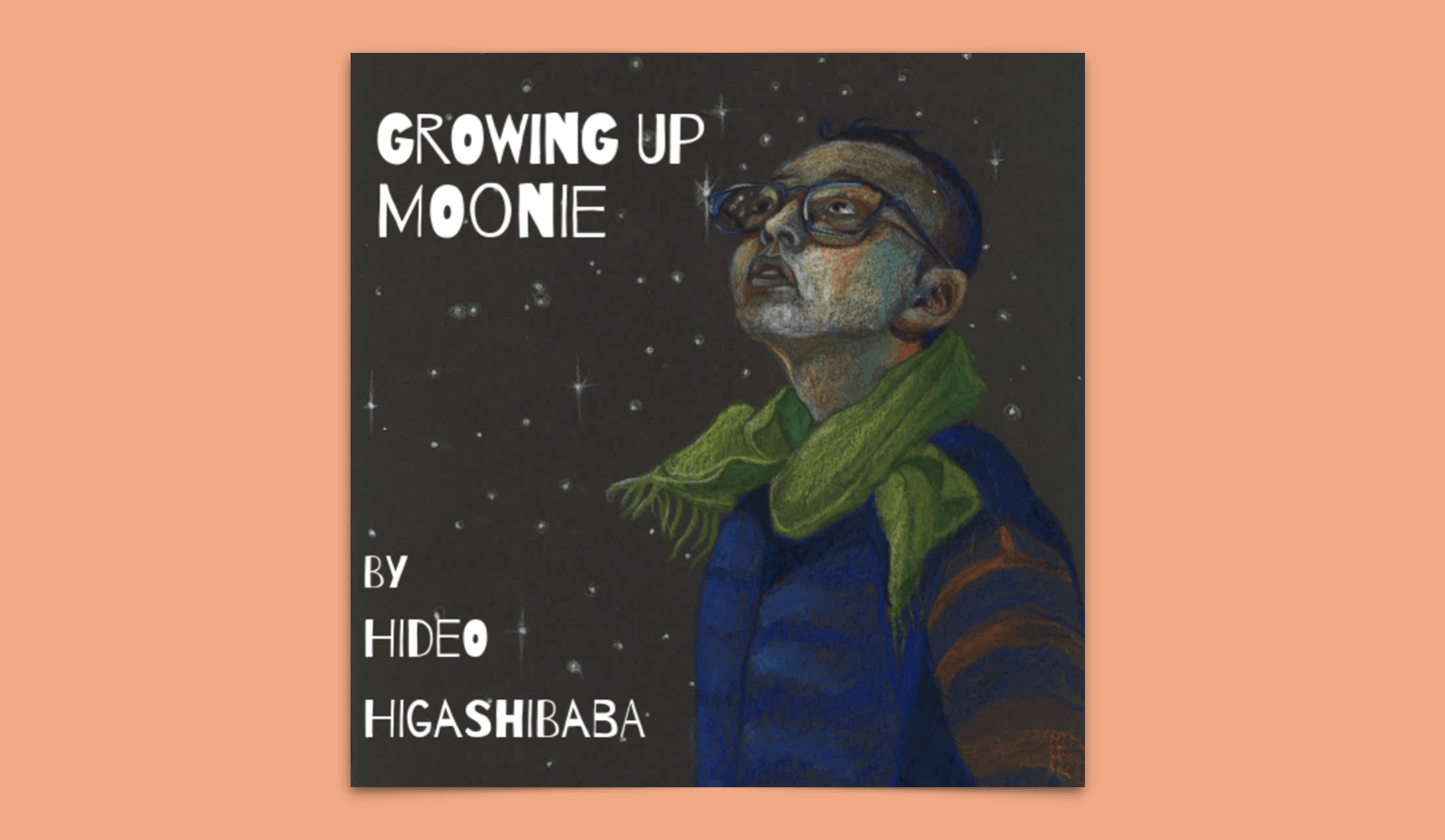 When Hideo Higashibaba was 22 years old, he left his family and the cult he was born into. Unlike people who join cults later in life — who we typically think of when we think of cult members — Higashibaba never chose to be part of the Unification Church. The decision was made for him before birth, and it would become a breaking point between him and the community he grew up in.

In his podcast Growing Up Moonie, Higashibaba details his life inside and now outside the Unification Church, a cult with an estimated 1 to 2 million members worldwide. The show is deeply personal and at times heartbreaking, and it offers a more nuanced view into the complexity of cults than more common stories about captivating leaders or the media frenzies surrounding them.

Although the Unification Church describes itself as a Christian religious movement, the organization’s strict beliefs, autocratic structure, and rigorous ingrouping are telltale signs of a cult.

Founded in 1954 by Sun Myung Moon, a North Korean defector, the Unification Church would have its members believe Moon was a messiah figure who was free of sin and held sole power to forgive their sins. After Moon moved to the United States in the 1970s and gained attention for holding large rallies and mass wedding ceremonies, in which thousands of couples would be married simultaneously, people both within and outside the group began referring to members as “Moonies” as a reference to the founder.

Like many Moonies, Higashibaba’s parents, who both joined the Unification Church on their own, were matched by Moon and entered into an arranged marriage. Their mass ceremony, along with approximately 2,074 other couples, took place in 1982 at Madison Square Garden, video of which is available online. Higashibaba, as a “second generation” Moonie or “blessed child,” was told to believe he was born without sin and was superior to other kids, which made fitting in with people outside the Unification Church difficult, even if they were part of his own family.

In the show, Higashibaba recalls relatives mocking him and his parents for being Moonies, calling them “brainwashed” and “weak-minded.” As a kid, Higashibaba was hurt by these remarks. The Unification Church was simply part of his family’s backdrop, and he was too young to see how its members were manipulated into believing that they were the insiders, while everyone else were outsiders. Ultimately, that kind of dichotomy reinforced by the Unification Church drove wedges between Moonies and the non-Moonie world, usually causing members to double down in their faith and engagement.

Higashibaba’s central point with Growing Up Moonie is that he and other “second gens” never had a choice in becoming Moonies. The Unification Church and its members made up much of his life and profoundly shaped his worldview. And because he was discouraged from pursuing non-Moonie friendships, it would be years before he realized leaving was ever a possibility. 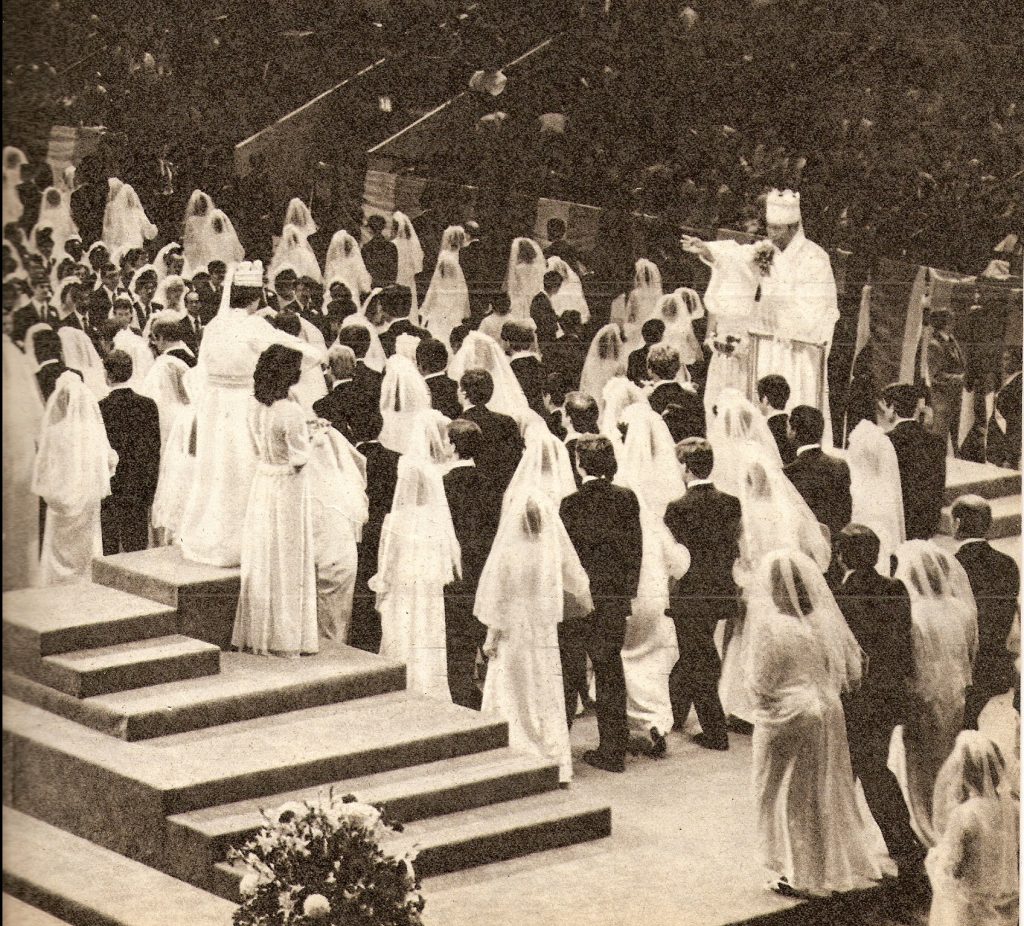 In the course of independently recording and producing the show with editor Quinn Myers, Higashibaba interviewed other “second gens” about growing up in the Unification Church. Their lives and the relationships they navigate with their families are far more complicated than can be conveyed by any news headline, partly because their experiences weren’t all negative.

A woman who Higashibaba calls “Jenn” reminisces over the fun of large church services and playing with other Moonie children at a waterfront retreat. Another woman, Teruko, fondly remembers traveling through Europe and fundraising with Unification missionaries. And despite being shunned for breaking off an arranged marriage or “blessing,” then marrying a non-Moonie, Teruko remains in the Unification Church.

Moonies, like other cult members, can’t easily leave because their lives, identities, and families are so deeply entwined in the Unification Church. The sense that every member is part of one enormous “true family” is a great source of comfort and inspiration for many involved, but it’s also a manipulative tactic to scare people into staying.

Although Higashibaba started questioning his beliefs in high school, he didn’t leave the Unification Church until years later, because it would also entail cutting himself off from his family. When he finally left in college, he relied on support from non-Moonie friends to help him through his depression and self-reckoning.

That same year, Higashibaba also came out as gay, something he found empowering, but that he never could have celebrated within the Unification Church. Moonies do not accept homosexuality, period. The founder Moon, who died in 2012, was once quoted calling gay people “shit-eating dogs.” For most of us, who don’t grow up in a cultish structure, discovering who we are and what makes us happy is a big enough challenge. So needing to disconnect yourself from your family in order to find yourself, as Higashibaba did, is terrifying.

When I spoke with Higashibaba about the show’s personal focus, he said he considered doing more of an investigative approach to covering the Unification Church, but after beginning the project he realized the contributions his story could offer not only other cult survivors, but other people born into restrictive religious groups in general.

“I’m hoping this podcast creates some space for how incredibly complicated it is to turn your back on your family or to turn your back on faith,” Higashibaba said. “There are minute compromises and negotiations that all of us make day in and day out when it comes to whether or not we have to give up our relationships with our families, and I think the less privilege that you have in this world…the more dire and intense those compromises become. Making it normal to have these difficult compromises and negotiations…hopefully will create a more realistic picture of what it feels like to be in a cult, and help de-sensationalize the experience for other people.”

Although there are documentaries, TV specials, and miniseries about cults, they often overlook the everyday individuals living and struggling through them. Instead, they demonstrate the bizarreness of the charismatic leader or emphasize the shocked public perception. By not focusing on Sun Myung Moon, or the Unification Church’s millions of dollars worth of investments and business dealings, the show strikes a brilliantly human connection. Ultimately, that connection is more devastating to bear than any flashy exposé.

Higashibaba grew up seeing the Moonies and other cults made fun of in sitcoms and comedy movies, and he found it maddening. “As somebody who used to be in a cult watching this, I felt very othered, and a lot like a zoo animal,” he said. “Like, ‘Look at these weird people and the weird stuff they believe.’ It’s all quite dehumanizing.” Growing Up Moonie is now one way for those people to be seen, and an honest look at a difficult group for the rest of us.

“Cults are really fun to cover because they seem uncomplicated, but actually they aren’t,” he said. “There’s so many stories of broken hearts because of them and in other cult media I never got to see the heartbreak that I have experienced in it, and I wanted that to be in the story.”