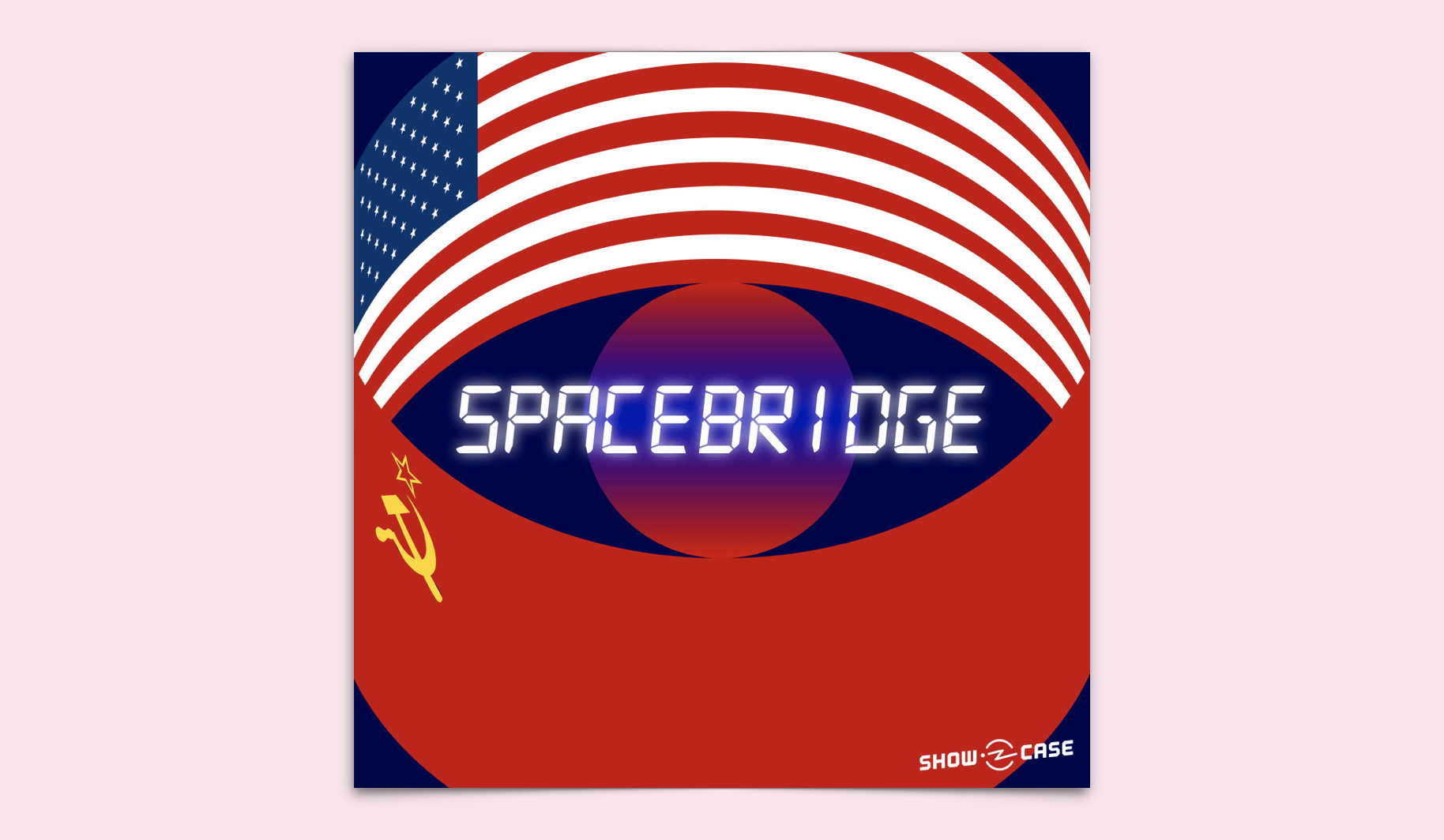 On September 5, 1982, during the height of the Cold War, citizens from the United States and the Soviet Union set up the first-ever televised communication between their enemy states. The idea was to share music from their different cultures. Americans would televise pop-rock icon Eddie Money performing at the US Festival, a three-day musical bacchanal in San Bernardino, California. And on the Soviet side, Alla Pugacheva, described in the Spacebridge podcast as “Barbara Streisand, Cher, Stevie Nicks and Madonna all rolled into one,” was set to sing at a Moscow television studio. US Festival-goers and Moscow audience members could wave hi to each other and maybe even ask questions about what life was like on the other side. It was basically a primitive Skype.

In reality, the spotty simulcast only lasted for a few minutes.

Though a flop, this first TV link – which came to be known as a “space bridge” – sliced a tiny fissure in the Iron Curtain. If regular Americans and Soviets could talk to one another, even for a few minutes, it redefined what was possible for Cold-War communications. Before the collapse of the Soviet Union, Americans and Russians would arrange several more space bridges, addressing topics that ranged from nuclear war to comparing women’s lives in the US and the USSR.

This obscure facet of Cold War history is recounted in the podcast Spacebridge, a four-episode series from PRX’s Radiotopia. Spacebridge is filled with meticulous reporting and exhaustive interviews. The two hosts split their time between the two nations, with Julia Barton taking on the US-side of coverage and Charles Maynes reporting from Moscow.

Spacebridge presents a compelling story and excellent reporting, but the podcast misses the mark. The listener gets the sense that the hosts fell too much in love with their reporting. They let the interviewees talk with minimal editing. Sometimes, the podcasters are so focused on describing the place where they’re transporting us that we forget why we’re there. And the way they’ve chosen to tell the story is fragmented. Each episode is divided into three chapters that are tangentially connected until the hosts tie them together at the end, somewhat.

It’s the kind of format that works well on paper but has difficulty translating to audio. And it’s too bad, because the script is beautifully written. The Moscow television tower Ostonkino, for example, is described as “a concrete space needle, whose shadow circles the expanse of the city and whose broadcasts blanket the entire Soviet Union” (no small feat, as the Soviet Union made up 15% of the world’s landmass). The Spacebridge podcasters are masters at painting scenes with audio, when they don’t get lost in the details.

Spacebridge is flawed, but it’s worth a listen for the history it tells and, at times, evokes quite beautifully. Citizen diplomacy (or “DIY diplomacy” as the Spacebridge team sometimes calls it) is an overlooked but significant aspect of Cold War foreign policy.

Though the space bridges were few in number, they opened the way for more discussions, both virtual and in-person, between Americans and Soviets. One famous example is the 1989 exchange that brought Boris Yeltsin to the United States. The exchange was organized, improbably, by the Esalen Institute. Esalen is of course famous for its 1960s New-Age retreat in Big Sur, California, which was visited by Aldous Huxley, Susan Sontag and Don Draper in the season finale of Mad Men. But the institute also created a highly-successful Soviet-American exchange program, and the idea for the first space bridge came from Esalen Institute members. After witnessing the success of space bridges (the later ones, not the first), Esalen continued to expand its exchange programs.

When Yeltsin visited America on an Esalen trip, he was shocked by what he saw. His faith in the Communist Party fractured as he toured American factories and schools and saw that regular American supermarkets were fully stocked. According to the exchange program’s director Jim Garrison, Yeltsin supposedly said to one of his aides, “They’ve been lying to us. The Communist Party has been lying to us, all this time… No one has this [in the Soviet Union], not even the elite has this.” Within a year, Yeltsin left the Party. Score one for soft power.

Though almost forty years in the past, Spacebridge’s story has never seemed more relevant. At a time when diplomacy of all sorts – DIY and governmental – is on the decline in America, it’s uplifting to hear a success story.