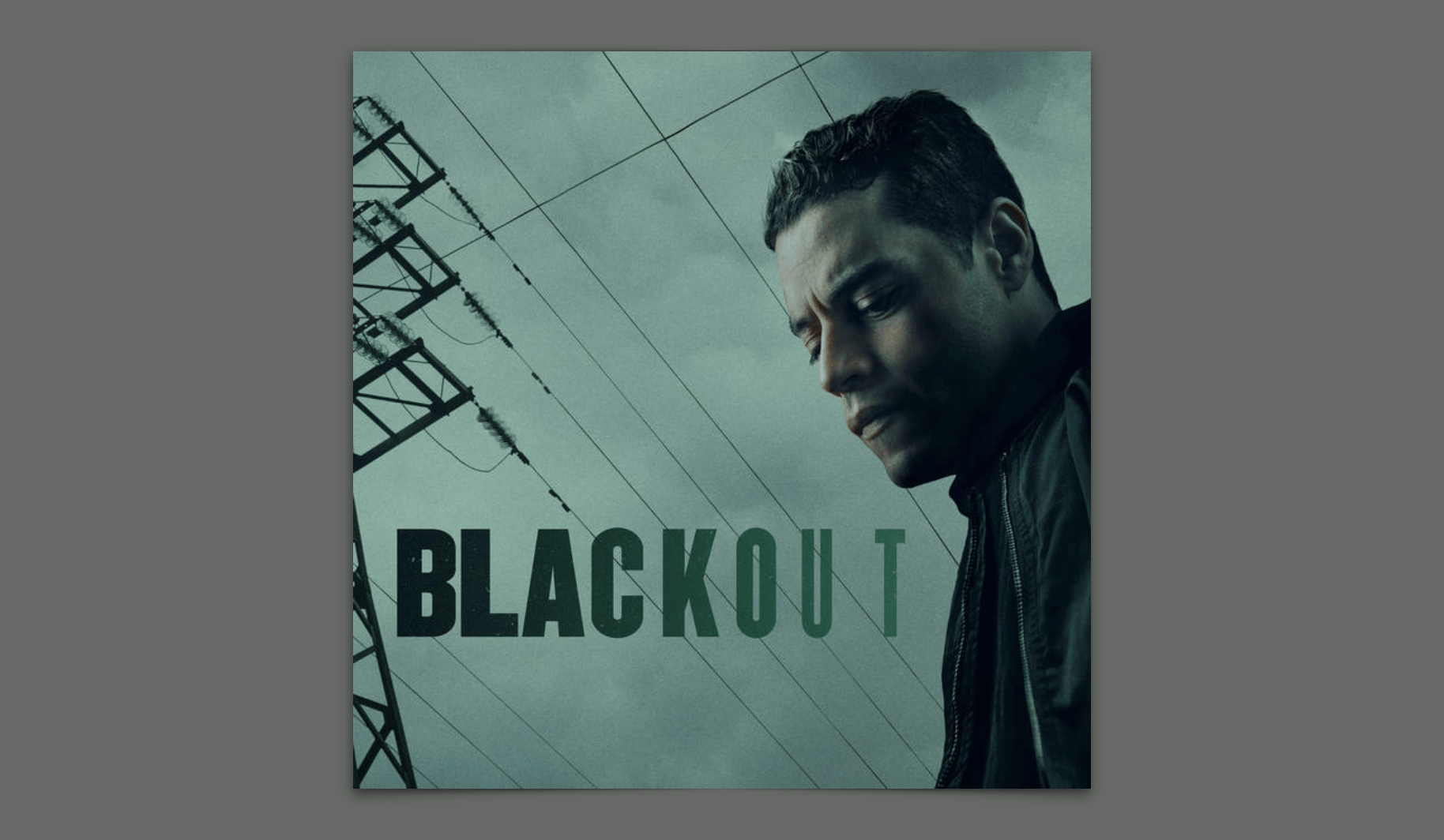 I was surprised to find out Berlin, New Hampshire, is in fact a real town. The setting of QCODE and Endeavor Audio’s latest fiction podcast is rendered flat throughout the show’s first season, a canvas for small town tropes and overdone New England accents. From its opening episode, Blackout promises an examination of contemporary society deprived of technology and in crisis. The immediate problem is that this version of Berlin and its DJ protagonist Simon Itani, voiced by recent Oscar winner Rami Malek, don’t sound much like 2019 to begin with.

Blackout functions as an apocalyptic thriller with a conspiratorial bent. But with nothing to look at, the focus of this disaster genre piece shifts toward character development and plot intricacy, both of which the show lacks. Blackout’s general message, that society is just one crisis away from falling apart, is tired and pessimistic.

Aside from references to iPhones and Snapchat, Blackout doesn’t do much to convince us that its version of Berlin belongs in the 21st century. The main character is a classic rock radio DJ who is stopping by the general store for his regular morning coffee when the blackout strikes. The quaintness of the New Hampshire city doesn’t land, and a brief scroll through its Wikipedia page reveals details that the podcast could’ve used to give the setting some oomph (“65% of its residents speak a variant of New England French”!).

As soon as the blackout begins, the phoneless, internetless Berlin becomes isolated from the rest of the world. No one knows how far the blackout has spread, and a gas shortage prevents anyone from investigating. DJ Simon is able to keep the call-in radio station running thanks to some walkie-talkies and a generator, while he, his wife, and his daughter worry about his son, who departed just before the blackout on a road trip to Canada. Blackout remains tethered to the Itani family, and most other characters we’re introduced to are set up as antagonists intent on thwarting the family’s survival.

The show immediately reveals its conspiratorial stripe. What direction that conspiracy is heading in remains a mystery deep into the show: Is the attack on the electrical grid political? Is there a supernatural element ahead? Many of the eventual reveals, of who’s really in charge, have most in common with comic book-style storytelling, a strange choice given the absence of special powers in the universe.

Blackout relies heavily on tropes established in other mediums, namely film. There’s a smart, tough general store owner whose central belief system is “Live Free or Die,” and, much worse, a shotgun-toting old man who has retired from public life in his cabin, surrounded by forest.

The show succeeds when Malek’s Simon takes the air, mimicking the pleasant, specious broadcasts of any local rock station. Listening to a movie star talk about nothing is a nice and familiar time. But the fact that Blackout is most seamless during these moments points to an obvious truth: that a podcast can more easily replicate the tropes of radio than of film. I was able to suspend disbelief listening to a faux-FM broadcast; I wasn’t while listening to a man heavy-breath his way toward the sound of gunshots. That I wanted to see.

Many fiction podcasts I’ve encountered have struggled similarly, playing off the wrong tropes. The uphill battle any fiction podcast has to fight shouldn’t be shortchanged. These shows are attempting to revive a genre, the radio drama, that for most people died many decades ago. The default setting for the genre rebirth seems to be to write scripts like teleplays. Blackout’s first episode might even work as the basis of a TV pilot – which, given that several podcasts in the last year have made the cross-medium leap, could have been the intent all along. The show goes to great lengths to make its audio immersive, but the precision of a helicopter’s whir or a baby’s cry doesn’t inherently make a podcast go.

Skill and technical quality are not the issue here. Fiction podcasts simply demand a tremendous amount of imagination to be worthwhile. In a medium where free-flowing conversation or sincere monologuing is the nature of most popular shows, scripted dialogue often sounds forced. Despite its star-power, Blackout doesn’t have the vision to overcome that fact.