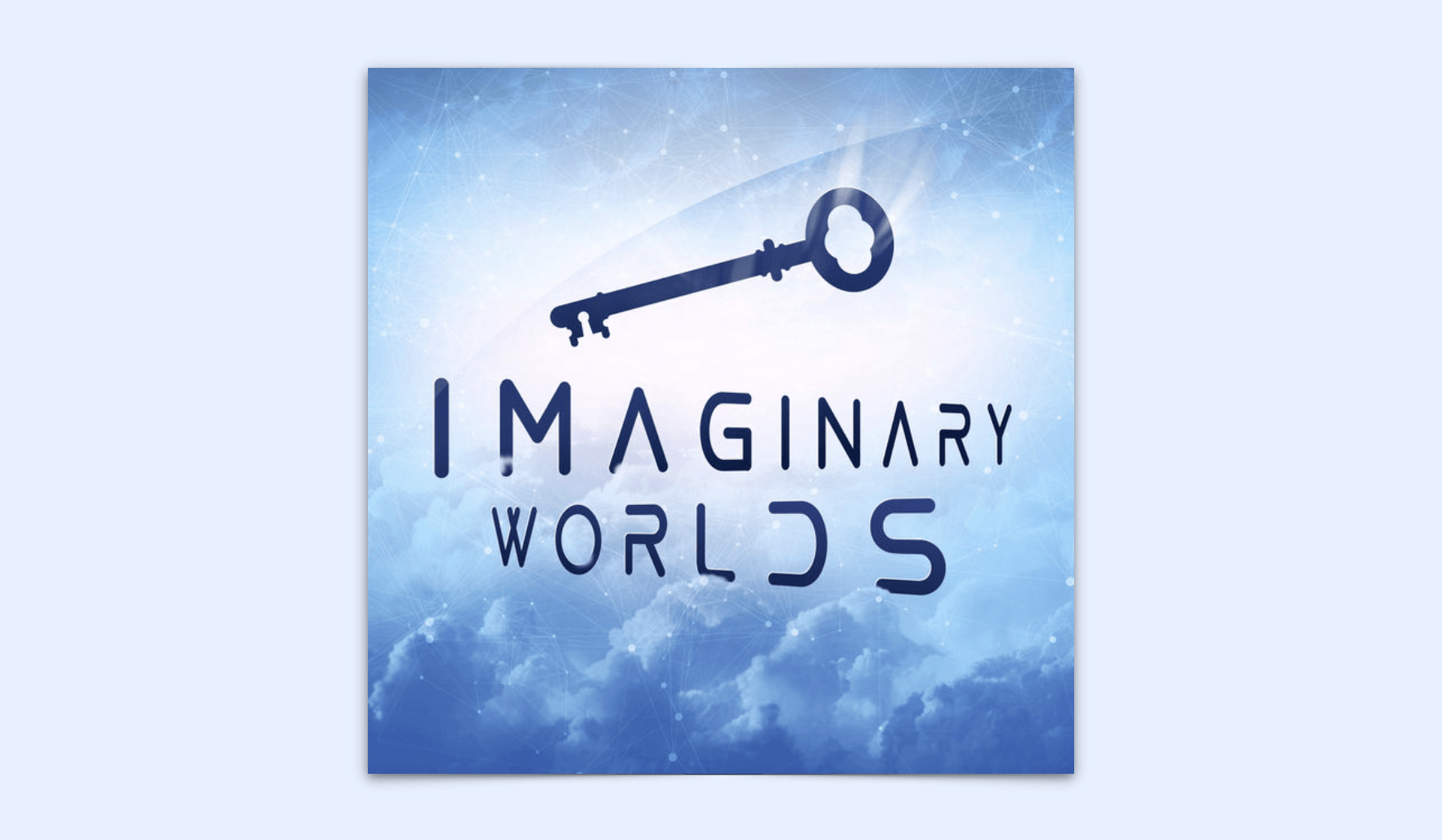 One of my favorite hobbies is learning just enough about any given TV show, movie, or book to be able to have mildly informed conversations about it. To me, appearing broadly—albeit shallowly—knowledgeable to others is immensely gratifying. But one set of genres that has always eluded my skimming, maybe because I turned away from them as a self-conscious teenager, is science fiction and fantasy. Since I skipped paying attention to Star Wars, Lord of the Rings, and most other sci-fi/fantasy universes when I was growing up, stepping into any of those deeply storied and complex series today feels too difficult. I’m not willing to actually catch up by consuming all that fiction; I just want to be able to talk about them as if I did. Thankfully, I’ve found a workaround to accessing the worlds of sci-fi and fantasy, and one that makes me wish I’d been paying attention sooner. That secret is the podcast Imaginary Worlds.

On each episode of Imaginary Worlds, host Eric Molinsky dissects a single issue within a fictional world (from mainstream hits like Doctor Who and Harry Potter, to cultish favorites like the board game Dungeons & Dragons and the anime series Ghost in the Shell) or within ideas specific to the sci-fi/fantasy genre (robots taking people’s jobs, why superheroes fight each other, and maintaining racial diversity among cosplayers). Molinsky facilitates discussions that are toothsome for existing sci-fi/fantasy fans while also compelling and accessible to complete outsiders.

If you’ve ever been curious about the growing culture around LARPing (live-action role playing), or if you just like having someone peel back the veneer on overlooked but fascinating questions, such as why computer screens in movies are overwhelmingly blue, tune in. Or you could be like me and listen to understand why the new Star Wars movies have been so controversial among committed fans (because they ignored key plot points from the Star Wars canon).

Imaginary Worlds doesn’t rely on newsy interviews with industry insiders or chatty, jargon-filled roundtable discussions among fellow nerds — the common formats for podcasts centered around specific genres or cultures, like Pod Save America or The Longform Podcast. Instead, the show focuses on individual stories, making it easy to jump around any of the show’s 90-something episodes. I’ve found that episodes with less catchy titles, like “Evil Plans,” about the nuisance of overwrought villains, and “Inside the Snow Globe,” about the wonders of meta-storytelling, are just as engaging as those that stand out as I’m scrolling through their feed. Here, taking risks on the unfamiliar definitely pays off.

By containing himself to the limits of a different fictional reality in each episode, Molinsky protects the show from feeling stale, and almost always succeeds at extracting some fascinating truth. His primary tool for cracking into stories is to perform close readings on them. Occasionally this technique emits a whiff of speciousness, and since the worlds in question are so vast and complex, I sometimes can’t tell when details may have been cherry picked (like the episode that argues Harry Potter subconsciously planted the seeds of political activism in a generation of young readers). However, in Molinsky’s defense, he is upfront about prioritizing the path of greatest interest over the path of greatest rigor.

Molinsky describes the show in each intro as one about how we create sci-fi/fantasy genres and, importantly, “why we suspend our disbelief.” Imaginary Worlds isn’t out to definitively prove whether the independent contractors killed while building the Death Star deserved compensation for their families. It’s more interested in imagining how those contractors saw themselves within their story and what the most compelling reasons are for finding them either with or against the dark side.

Much like his show opened me up to stories that had been under my nose for years, Molinsky, I learned, has been working behind the scenes on some of my favorite radio and podcast programming for years. He produced one of the most moving stories involving video games that I’ve ever heard, a piece for Public Radio International’s Studio 360 about a couple who built a game to digitally defeat the cancer that took their young son. Years earlier, Molinsky was also a guest on a segment of This American Life about people’s annoying tendency to adopt and fiercely tout the opinions of those around them. As a voyeur for opinions myself, I shouldn’t be surprised to find myself drawn to Molinsky’s work.

One question silently nudges each episode of Imaginary Worlds forward: Why do we invest so much into fantastical stories? Not only the artists and industries creating them, but the audiences absorbing and processing them. The response reveals what we can gain  — understanding, self-discovery, or just piqued curiosity — by detaching ourselves from our strictly real worlds and indulging the possibilities of artificial ones. Over time the journey through the strange becomes familiar, the familiar becomes strange, and the search for unfamiliarity becomes a new hobby.