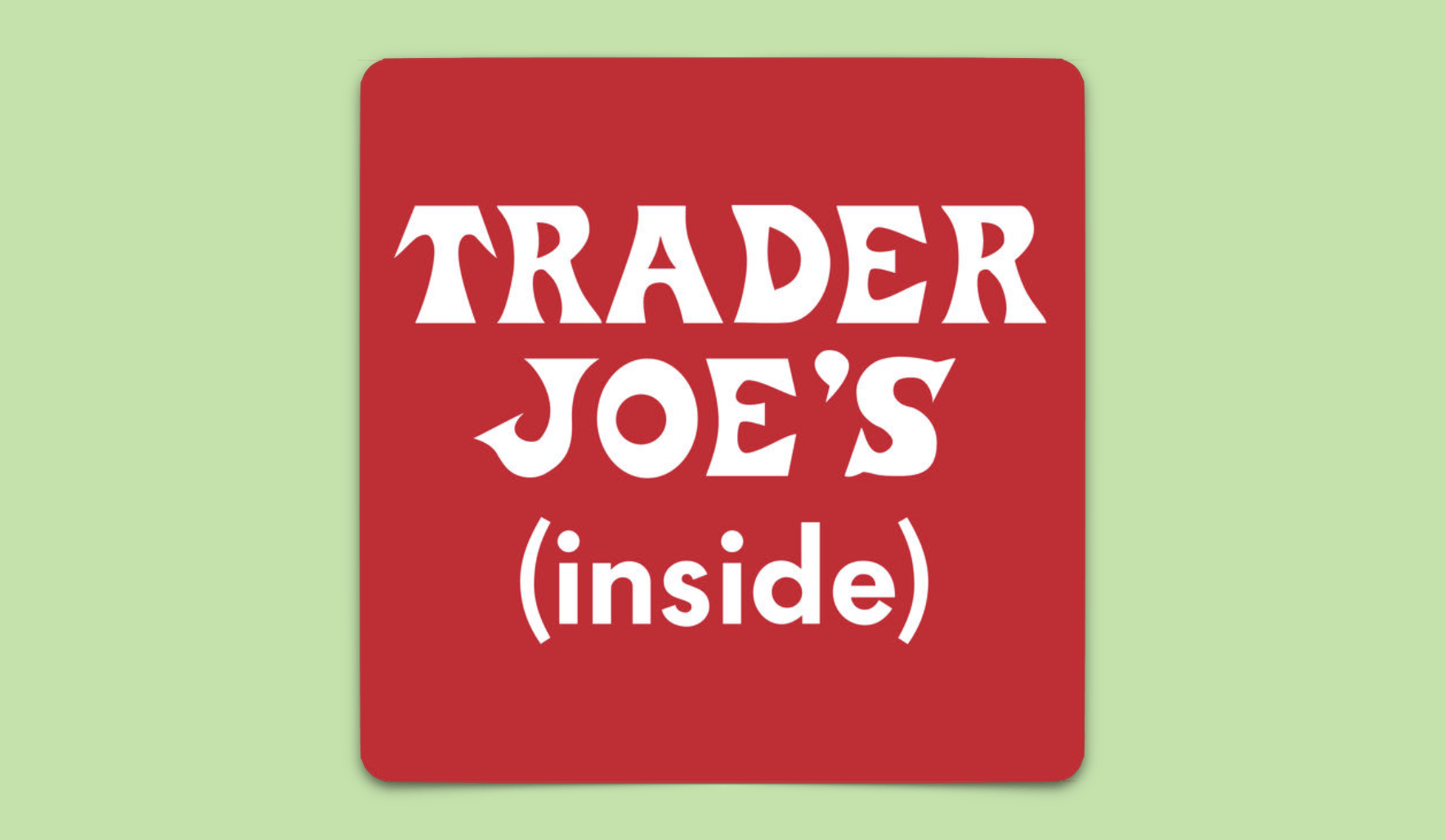 Earlier this month, Trader Joe’s, the grocery chain that manages to blend a 1960s Tiki aesthetic with cutting-edge food innovations, released a podcast. Inside Trader Joe’s serves up a whimsical, behind-the-scenes look at the franchise, one that is entirely fitting with the store’s eccentric yet charming character. Over five episodes, the podcast covers the chain’s history, takes us into the top-secret tasting room and answers the question on everyone’s mind: How did they manage to sell reasonably tasty wine for $2?

Episode one starts at the Trader Joe’s headquarters in Monrovia, California, where we meet our podcast guides: marketing director Tara Miller and vice president of product marketing Matt Sloan. From Monrovia, Miller and Sloan decide to take us around the world. Sloan tells us about visiting a frozen soup factory outside of Montreal, where soup was condensed into small, serving-size pucks. He worked with the factory to produce a similar product for Trader Joe’s: steel cut oatmeal pucks, now a classic.

A short time later, some whirring and grinding noises come into focus and a man speaks rapidly in French. We’re told that we’re on the floor of a factory, a different factory, this time in France. It’s the Holy Grail: the world’s largest madeleine plant. There, Lori Latta, Trader Joe’s VP of product innovation, is doing research. It turns out that Trader Joe’s hires people to travel the world searching for the next great product. They are, as Sloan and Miller call them, the “boots on the ground.” Consulting with local food connoisseurs, they hunt for flavors that “we don’t know we want or need until we taste them, and then we need them.” And presto, Thai Lime & Chili Peanuts end up in Leawood, Kansas.

That’s when the podcast sparkles, telling the stories behind its distinctive products. Suddenly, snacks like Mango & Sticky Rice Spring Rolls have a deeper significance when you know someone traveled across the world to find them.

But there are other times when the podcast’s quirky lightness crosses over to twee. There’s a lot of filler, especially in the first and third episodes. In the first episode, the hosts spend a couple of minutes telling us about what we’ll hear in the podcast. They stuff all of the series’ spicy sound bites into this beginning, so when the clips appear later in the podcast, their punch lines are less punchy.

Miller and Sloan also spend a significant amount of time talking among themselves and to others about what makes Trader Joe’s special. These moments reveal the podcast to be the marketing ploy that it is. Besides being boring, the approach struck me as odd since Trader Joe’s is already known to be widely admired. Since 2012, Americans have ranked the store among the nation’s top three grocery chains in an annual survey conducted by Market Force Information. And media outlets from Pop Sugar to the Los Angeles Times post articles listing the best Trader Joe’s products. A writer for the website The Spoon, Chris Albrecht, summed it up well when he wrote an article entitled, “Trader Joe’s Podcast is a Hit, Please Don’t Try to Copy It.”

Walmart could not pull off a podcast like this and still look cute. So when Inside Trader Joe’s harps on the store’s values and commitment to excellence, it is irritating and unnecessary. It even prompted me to do a quick Google search to see if the store had had any recent PR debacles. (Not really. In 2014, The Atlantic reported that a primarily black neighborhood in Portland, Oregon rejected plans to build a Trader Joe’s, fearing that the store would further gentrify the area. Trader Joe’s withdrew its proposal, but some conservative blogs and news sources took the instance as an opportunity to cry reverse racism. After that, in 2016, The New York Times reported that an employee in a Manhattan Trader Joe’s was fired because his smile and attitude towards customers was not “genuine” – a perfect example of a New York-California culture clash if there ever was one. Other than that, Trader Joe’s has faced minimal criticism with the most consistent complaint being that the store uses too much plastic in its packaging.) In short, the podcast producers could have used their time more inventively by allowing stories and facts to show their point rather than resorting to obvious advertising.

In the second episode, Joe Coulombe – the trader himself – explains how he started the franchise. It began in 1958, when Coulombe bought a small chain of convenience stores in California called Pronto Markets. They sold everything from food to batteries to pantyhose, an item that Trader Joe’s sold until 1978. Coulombe predicted that the company’s business model would not be sustainable since its products were too all over the place and the local chain could not compete with heavyweights like 7-Eleven. He decided to appeal to what he saw as America’s largest emerging group of customers. In the podcast, Coulombe says, “The demographics were changing in the United States because of the GI Bill of Rights, which was the largest experiment in mass higher education in the history of the human race. And I thought that these people would want something different.” Cool, right? But then the subject is dropped. We’re left wondering what that “something different” was exactly. Lower prices? Exotic tastes? They never explicitly say.

The show’s hesitancy to probe deeper is bothersome because of the podcast’s title and its teaser clips at the beginning. They might lead you to believe, as they did me, that the podcast will tell us more. (Though admittedly, Trader Joe’s is known for being secretive about its inner workings.) Listen without these expectations, however, and Inside Trader Joe’s becomes quite satisfying. It is beautifully produced. The show moves at a nice, brisk clip and the writing, even when filler-ish, has finesse. The sound editors are also clever, using music to provide touches of humor. When the hosts talk about wine in the Napa Valley, appropriately schmaltzy violins play in the background. And each time the hosts segue to a new topic, a chorus of whistlers cut in with a tune that has the right mix of dorky and adorable.

To be clear, Inside Trader Joe’s is not devoid of substance. There are some great topics like the backstage look at the tasting room, the products that were misses, and how the store has managed to keep from selling its products online, a practice that is becoming more and more unavoidable. Plus, if you’re a Trader Joe’s shopper, the podcast offers what is arguably the most valuable information: interviews with employees and customers about which products taste best.

With its bubbly vibe, the show is soothing, a nice reprieve from podcasts that require your undivided attention. Your mind can float happily on the deep timbre of Sloan’s voice and the cheery pulse of Miller’s. Inside Trader Joe’s is fun and entertaining – and that might just be enough.