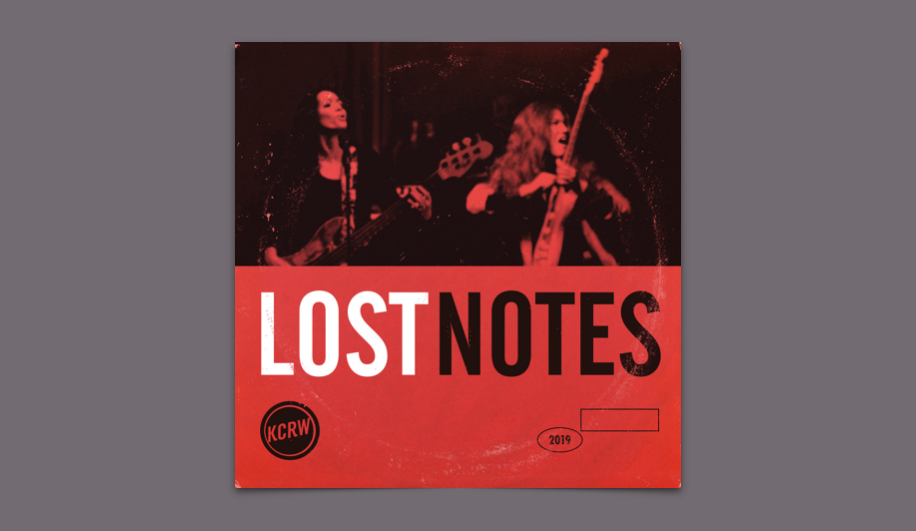 Music writing loves lost records; digging up a forgotten piece of history is one of the sub-genre’s preeminent forms. This comes, in part, from the way that music has been consumed for the last century: the production of recorded music and the rise of at-home listening has made the individual performance increasingly disposable. No longer music, but many discs. So no matter how many albums populate lists of “classics,” no matter how many blogs have attempted to set the record straight, there is always a sense that something has been missed and that the ledger must still be corrected.

Lost Notes, a music documentary podcast produced by public radio heavyweight KCRW in Santa Monica, returned this year for its second season, of which three episodes are devoted to lost music. Executive produced by journalist Jessica Hopper (former editor for MTV News and Pitchfork as well as the music consultant for This American Life during what may have been its golden years), the new season of Lost Notes focuses on the stories of women in the 20th century heyday of the music-industrial complex. The goal? To complicate the perception of women in the history of popular music and make them more than sirens, divas, or model minorities; to instead show them in the roles that are typically given to men: hustlers, Svengalis, immigrants, and forerunners. In what is arguably the best season of any podcast about music ever, Lost Notes does what music journalism until recently has struggled with: to make women people and not objects of consideration.

While the team at the helm of Lost Notes are undoubtedly players in this — each episode has a leveling hand that keeps the podcast’s rhythm consistent — it is the independent producers who introduce and report each episode that make these stories shine. Lost Notes is connected with the KCRW Independent Producer Project, a long-running program that seeks to support untethered producers for stories outside the purview of traditional public radio reporting. The program has been integral to KCRW’s portfolio of top-of-the-line story podcasts, which include Here Be Monsters and last year’s fascinating series Bodies.

The central episodes of Lost Notes (three through seven) are the strongest and most diverse. After a short, well-designed biography of electronic musician Suzanne Ciani, the season moves into the story of Fanny, an intersectional group lead by two Filipino sisters in the late sixties. Following this is a series of interviews about the famous American primitive guitarist John Fahey, conducted with the women who were his lovers. It’s not a biography so much as a revealing portrait of the women themselves, who are the sort of people once dismissed as groupies. Episode six, “Imagining Billy Tipton,” is a stellar reportage by producer Allyson McCabe on the life of a pianist who may or may not have been transgender, and the fight over that legacy. This run of intensely unique stories comes to an end with an appreciation of the lost record Disco Se Aagay by a young woman who found the record to be ahead of its time.

To discover an artist or album that is “ahead of its time” has been the dream of many a music journalist. It was a goal grafted onto the production of music during the period when music production was segmented by a system that held captive the means of recording and distribution. Within that sphere, music journalists, as a collective, held some power, capable of redirecting the flow of capital and interest towards a particular scene or style. Yet this power is slipping as the means of music consumption shift. One wonders what power a lost record still carries in a day and age where the dominant streaming platform pushes “discovery” in the form of a weekly playlist.

There’s a funny moment that happens in the Lost Notes episode “The True Story of Fanny.” As producer Dylan Tupper Rupert arrives at Fanny Hill, the group’s impressive former home in Hollywood, she exhales sharply, “They lived here when they were nineteen – it’s like every fantasy of late 60s Sunset Strip life…” Moments like this pepper the reporting of Lost Notes and reveal the weakness still inherent to music journalism today: that it’s still drawing lines from the monoculture that created the job of music journalist. We’re still saying, “Everything we know about contemporary pop music history is wrong,” but the ledger has been corrected so many times that its pages are full of crossed-out sections and scribbles that only further confuse the point.

The most impressive revelation to be found in Lost Notes is that, for the 21st century, the goal of music journalism can no longer be to merely replace old mythologies with a more inclusive pantheon; a mode of reporting on music must be found that continually reveals the ways in which music escapes that which ties it to a single history, in particular, that of popular music.

There are traces of this in Lost Notes, in the way that certain episodes, like “Living with John Fahey,” un-center the narrative from the artist whose presence “creates it” to refocus on the relationships between two (or three, or four) people. Episode 8, “Song of a Gun,” is a kind of personal essay in which Hopper considers the gun-as-object in popular music. It feels a little short, perhaps because the gun-as-object in popular music is a subject that could fill a whole series of its own.

It might yet be impossible to write about music without always returning to the forces outside of it that shape its production. Nevertheless, as a social history of marginalization at a particular moment in music history, Lost Notes is an unqualified success. You really ought to listen to it.