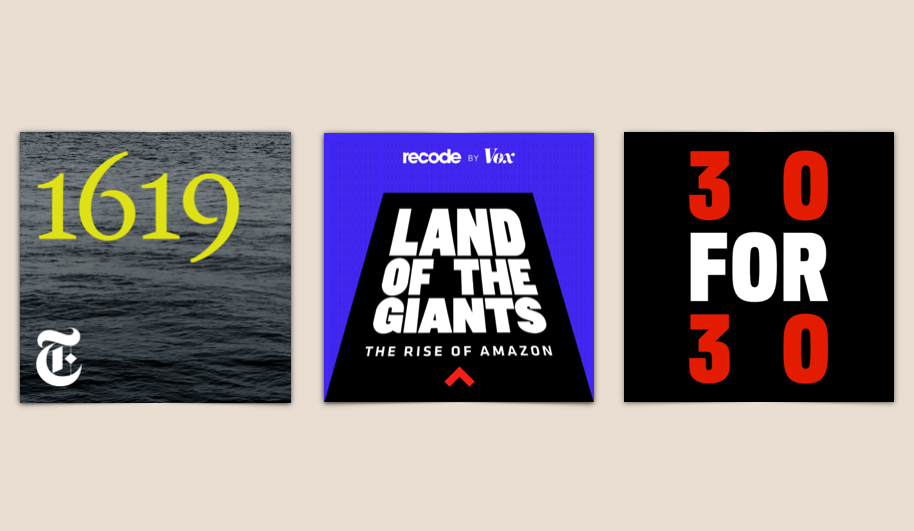 The New York Times Magazine’s 1619 Project is a sprawling initiative to re-examine the history of slavery in the United States. Since 1619, when African slaves were first brought to the North American British colonies, in what would later become the US, slavery has shaped the social, political, economic and cultural development of this country. On the 400th anniversary of this pivotal moment, the Times Magazine published a series of essays, stories and articles considering the historical and contemporary impact that slavery has left on the United States.

The 1619 podcast is one component of this larger project. The first episode, narrated by Nikole Hannah-Jones, addresses the foundational hypocrisy of the United States: using liberty and freedom as a country’s founding ideals while condoning the ownership of other humans based on their race. The episode addresses this tension at the country’s initial struggle for independence against Britain, during and after the Civil War, and in Hannah-Jones’s own life. The second episode, released this last Friday, addresses slavery’s influence on the development of the American economy. As with the rest of the 1619 Project, this podcast will force you to reconsider the history you know, and introduce you to a more nuanced and complicated understanding of America’s lasting ties to slavery.

Land of the Giants: The Rise of Amazon

25 years ago, Amazon was an online marketplace for books. Now the company is the online marketplace for practically everything — as well as the leading provider of cloud services and in-home voice assistants. On Land of the Giants, a new podcast from Vox and Recode, reporter Jason Del Rey chronicles Amazon’s rise and asks poignant questions about the company’s impact on our economy. Through his interviews with former executives and top employees, we learn that Amazon Prime was first thought to be a crazy and possibly disastrous idea. In another episode, likely the season’s best, Del Rey visits the town of Coffeyville, Kansas, home to a now-closed Amazon warehouse, and asks what happens to a small town’s economy when its largest employer leaves. For its thorough investigation of one of the world’s most consequential companies, Land of the Giants is a must-listen series.

With The Sterling Affairs, the 30 for 30 team returns to the long-coming ousting of Donald Sterling five years after the fact. Ramona Shelburne joins the podcast for its fifth season to bring her Clippers expertise to the story of the NBA owner, slumlord, and lifelong racist. In typical 30 for 30 fashion, the season is effectively holistic, adding tremendous context to the TMZ-leaked phone rant that led the NBA to force Sterling into selling the Clippers. When stitched together, Sterling’s legacy of incompetence and animus is staggering, and a useful piece of history as the NBA enjoys a far-more functional era.