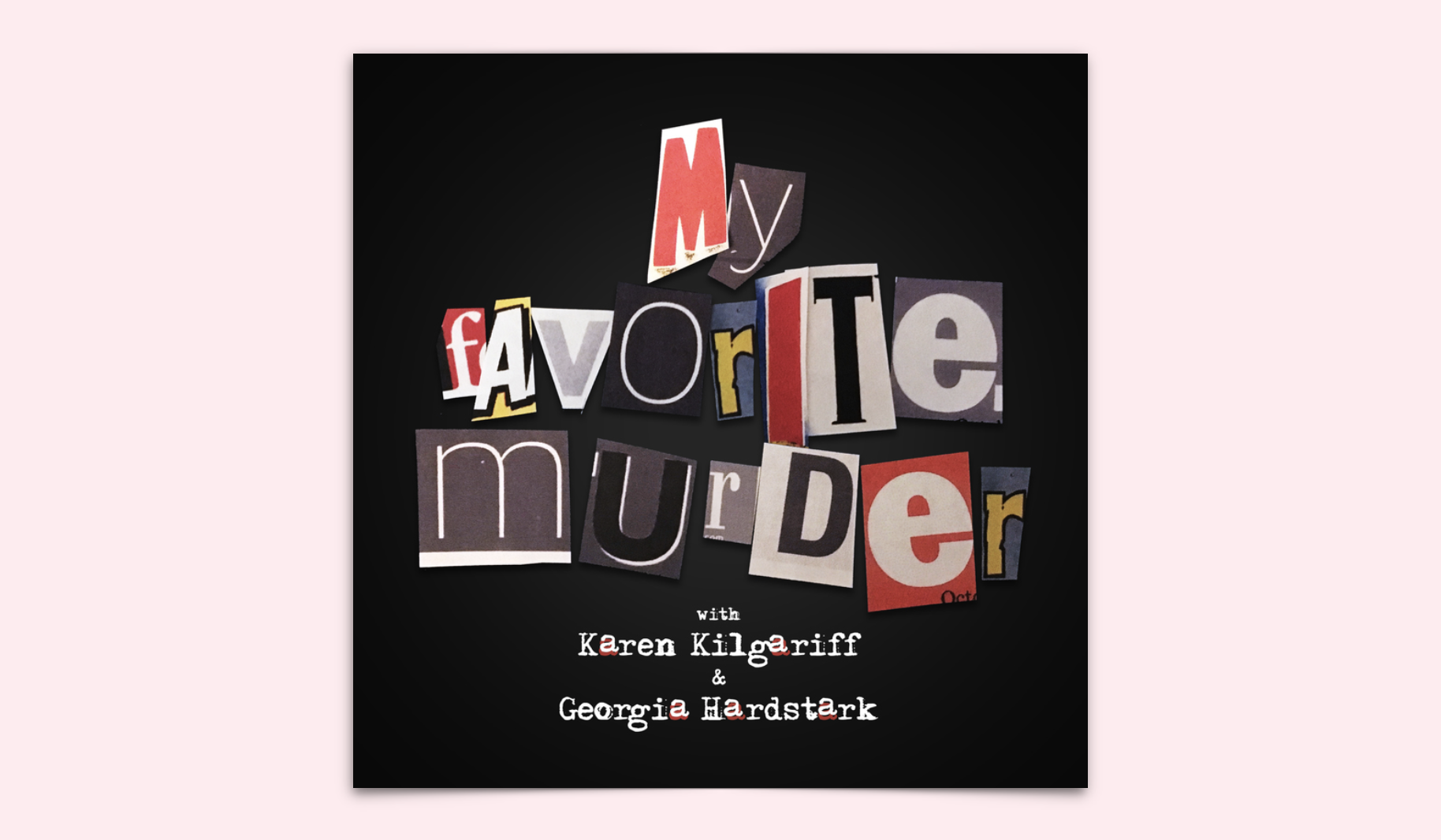 “What a boring part of a show, where we’re like, ‘We don’t know anything about the law, but let’s say what we feel,’” says Karen Kilgariff in an episode of My Favorite Murder, the true crime-comedy podcast she hosts with Georgia Hardstark. Since its debut in 2016, My Favorite Murder has steadily grown in popularity, with Kilgariff and Hardstark releasing weekly episodes that receive millions of downloads and regularly selling out live performances. In spite of Kilgariff’s self-deprecation, the emotional depth of the pair’s conversations — which have covered hundreds of grisly murders, heartbreaking disappearances, and traumatic assaults — is one of the features that separates their show from the host of other true crime podcasts being produced.

My Favorite Murder doesn’t advertise itself as an exercise in empathy. Its premise and episode summaries emphasize the podcast’s humor, and Kilgariff and Hardstark unabashedly defend their right to consider some of the most horrible experiences a person can have from the cock-eyed view of comedy. Explaining this seeming disconnect at a live show, Kilgariff says “Georgia and I have always been interested in true crime since we were very young, but we also have coped with the heavy, terrible shit in life with humor.” As evidenced by the podcast’s popularity, many listeners can identify with this coping mechanism. The duo’s snappy catchphrases like “Stay sexy and don’t get murdered” and “Fuck politeness” have resonated enough to take on a life of their own, appearing on t-shirts, posters, jewelry, and even cross-stitch patterns.

These examples show that I’m not the only person who’s found something deeply moving, and even comforting, in My Favorite Murder’s irreverent approach to crime. In fact, their potentially alienating black humor establishes a fertile ground for the radical empathy I became fascinated with as I obsessively listened to episode after episode.

Even though the phrase “radical empathy” gets thrown around quite a bit, the idea behind it is simple. In their article on radical empathy in the classroom, the psychologists Judith V. Jordan and Harriet L. Schwartz define it as “[t]he power to change in connection.” They suggest that, by understanding others and attempting to see their thoughts and actions through their point of view, radical empathy can be transformative. Significantly, they also argue that boundaries — of experience, appropriateness, and taste — hamper this kind of identification: “It is only when we see boundaries as necessary protectors. . . that we begin to pull back from the learning that can occur.”

The borders Jordan and Schwartz discuss become a breeding ground for My Favorite Murder’s characteristic empathy. By more or less tap-dancing on the border between humor and crudity, Kilgariff and Hardstark open a dialogue that allows for emotional rawness and identification with the victims and perpetrators of the crimes they discuss — a dialogue stripped bare of the platitudes and clichés that would otherwise cloud and eventually paralyze it. The catchphrases referenced earlier are a great example of how the pair dissolve these boundaries. “Fuck politeness,” besides being funny, provokes an immediate reaction, whether it’s anger, laughter, or identification. For women, who make up a substantial chunk of the podcast’s fanbase, being trapped in an uncomfortable interaction and not ending it to avoid coming off as rude is a frequent reality. “Fuck politeness” and My Favorite Murder’s other signature quotes use humor to contextualize the horror of unspeakable crimes within the familiar and uncomfortable interactions women face in their day-to-day lives.

This contextualization allows Kilgariff and Hardstark to analyze the actions of both victims and attackers with unusual understanding. Their familiarity leads to a consideration of issues like motive and culpability with a depth that is both uncomfortable and illuminating. In one episode, when discussing the murder of Glenn Hollinshead by Sabina Eriksson, Kilgariff becomes frustrated by Hollinshead’s trusting nature, asking why he would let the clearly unstable Eriksson into his home: “What are you doing? This is not a healthy person.” Seconds later, though, she backtracks. “He was trying to be a good guy is what he was doing.” She makes a snap judgement—that Hollinshead must have done something, must have “deserved it” in some way—but reverses it almost in the same breath. Kilgariff considers the victim’s possible feelings and motives and comes to an emotional understanding of his actions. The identification established by the podcast’s use of humor allows for an unscripted moment of radical empathy in action.

My Favorite Murder’s empathy becomes more fraught when it is applied not just to victims, but also their victimizers. Kilgariff and Hardstark spend the bulk of the episode considering the motives of Hollinshead’s killer, Sabina, whose codependent relationship with her twin sister seems to have fueled the murder. As Hardstark listens to Kilgariff retell an incident when the two women ran repeatedly into incoming traffic, she clearly feels some level of connection with them. She gasps in sympathy when learning about the injuries they endured after being retrieved from the freeway, saying how “scary” the situation must have been for the undeniably troubled twins.

However, Hardstark stops short of using their mental break as an explanation for Sabina’s murder of Hollinshead. “It’s not real,” she insists. “The fucking—the connection that they had that made them do this.” But, like Kilgariff earlier, she contradicts herself, admitting that the shared delusions of the twins did contribute to Sabina’s decision to kill. Empathy leads Kilgariff and Hardstark to questioning levels of guilt, something that is never easy or enjoyable to do when the complicated emotional lives of the murdered and their murderers are considered. That My Favorite Murder’s format and tone create an atmosphere where these issues can be debated and worked through in real time, and more or less forces the hosts to consider these questions is fascinating, creating a space that explores the power and limits of empathy in a way few other podcasts have.

The power of My Favorite Murder’s conversations extends beyond avowed true crime enthusiasts like myself. During a 2017 live show, Kilgariff and Hardstark were joined onstage by Jennifer Morey, whose harrowing attack they had discussed in a previous episode. Morey pinpoints the power of the podcast’s empathetic approach to crime and trauma: “You told my story so beautifully,” she says, “You talked about me like you were my friend.” Morey confirms that the empathetic humor of My Favorite Murder has reached beyond consumers of true crime to touch those directly affected by it. “You could cry or laugh, pick one,” Morey says. “Let’s laugh.”

Claudia McCarron’s writing has appeared or is forthcoming in Lunch Ticket and Avidly. She lives in West Virginia with her family.