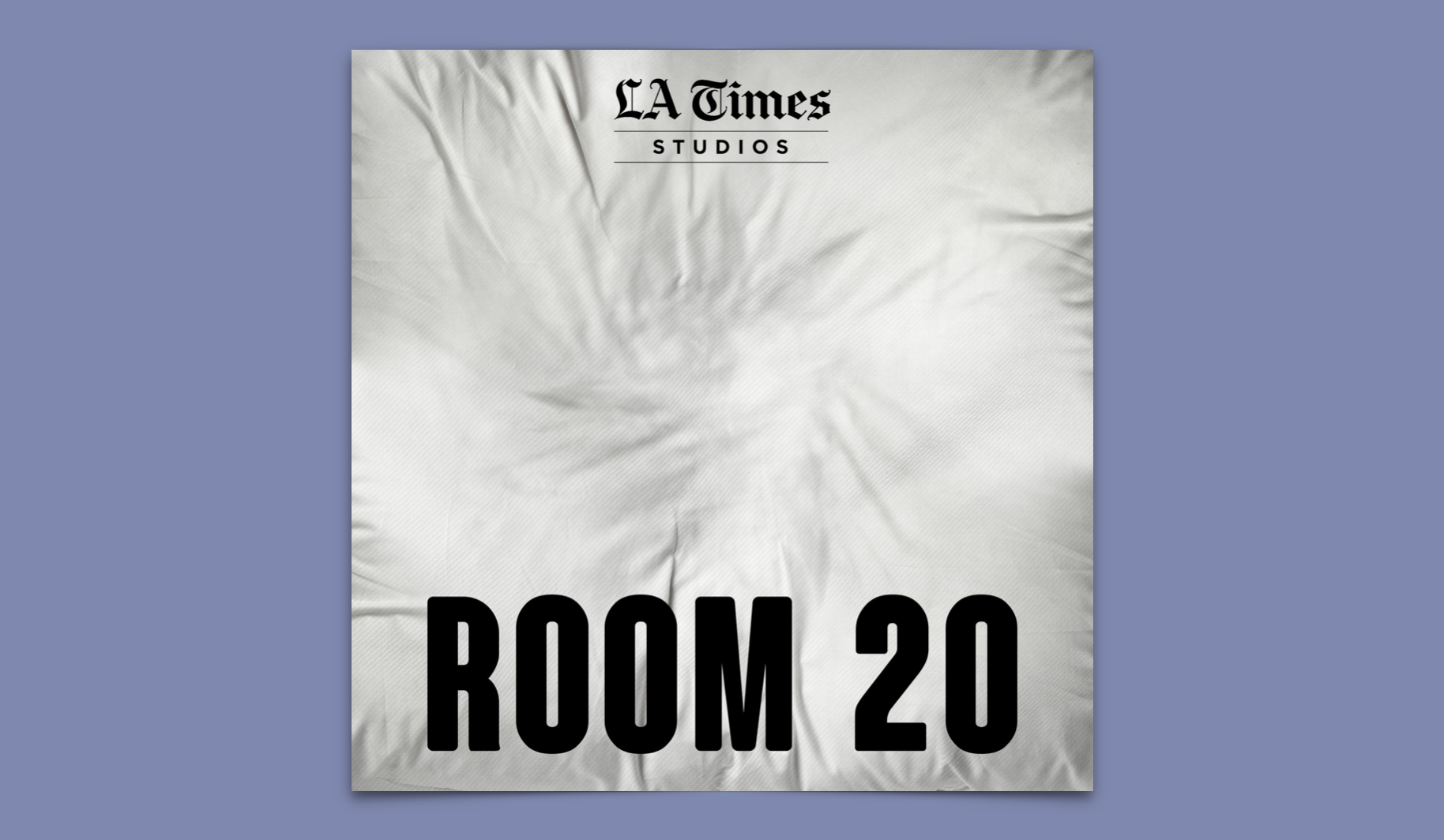 As long as podcasts delve into the personal lives of their subjects, there will be ethical questions about which stories should be told. Accusations of invasions of privacy have plagued even the most popular podcasts, S-Town and Missing Richard Simmons to name two. But by telling the story of an unconscious person, the new L.A. Times podcast Room 20 takes these privacy concerns to a new place.

Room 20 focuses on a man known only as Sixty-Six Garage, who has been lying in a nursing home for fifteen years after a Border Patrol chase car accident. No one knows Garage’s true identity or where the name Sixty-Six Garage came from, but host Joanne Faryon makes it her mission to find out and reunite Garage with his family.

Room 20 has an intriguing premise, and the first episode reels the listener in with Faryon’s hint that much of what we know about Garage’s story is a lie. Despite this engaging opening, however, the mysteries she explores don’t always live up to the hype. Faryon fulfills her goals through careful investigation, but interesting questions can have mundane answers, and some of the podcast’s revelations will disappoint listeners accustomed to dramatic twists.

Nonetheless, the show has its strengths, one being that its subject matter gives it space to explore pressing political and ethical issues. Sixty-Six Garage is an undocumented immigrant, and the podcast comes at a time when immigration is a constant in the news cycle. The podcast might not change anyone’s viewpoint (which is not a criticism of the show), but it does shed light on the relationship between immigrants and Border Patrol. Faryon explains, for instance, how Border Patrol policy dictates when an agent should pursue someone, based partially on the risk the person being pursued presents. What risk, Faryon wonders, did Sixty-Six Garage’s pickup truck present to the community?

Another topic the show addresses is health care, more specifically the treatment of those in a vegetative state. According to Faryon, Garage’s care thus far has cost the state of California more than $4 million. It is a question worth asking whether or not that care has done him any good. It seems unlikely that after fifteen years he will return to a normal life, and keeping him alive requires frequently performing a procedure on him that the man who runs the nursing home compares to waterboarding. Moral conundrums like these get at the heart of what the podcast wants to say, and force the listener to consider the relationship between consciousness and humanity.

Room 20 is also effectively written and produced. Faryon finds a way to include moments of picturesque description. “The sun’s still high enough to light the sky in indigo blue,” she says in one episode. “It looks like a scene from a John Wayne Movie; a panorama of scruffy-looking sand dunes that could be mistaken for giant anthills,” she says in another.

At times, the narration sounds a bit like Serial, and even the staccato theme music of the two shows sounds similar. But if Room 20 takes its cues from Serial, there are certainly worse shows to emulate.

Perhaps what most complicates the question of privacy in Room 20 is how Faryon grafts her own experiences onto Garage’s. To Faryon’s credit, she doesn’t hide the fact that she believes the story to be partly her own. She points out during her introductions to episodes that her reporting didn’t just change Garage’s life, it also changed her life.

The reason Faryon became so invested in Garage’s story is that her mother was once kept alive in a similar way. It was Faryon’s decision to disconnect her mother from life support, a decision that has haunted her ever since. This disclosure adds a personal touch to the podcast and raises the stakes of the story, but it also leads to questions about the project as a whole. Room 20 starts to feel less like a narrative that the world needed to hear than it does like a narrative Faryon needed to tell. Faryon admits her self-interest, saying she came to the nursing home because she was “looking for closure in her mother’s death.” But her admission does not assuage the uneasiness listeners may feel; she is trying to find closure mediated by a person who cannot understand what is happening.

In the final episode of Room 20, Faryon reflects that talking to Garage might be pointless, but she does it anyway because she likes how it makes him smile. Poetic though this moment is, it also sheds light on the most worrisome and ambiguously moral aspect of the series. Faryon has inserted herself into the life of a person who has no idea who she is. In the process she may have made some people happier — her effort to reunite Garage with his family is admirable. But we will never know how Garage would have felt about it.