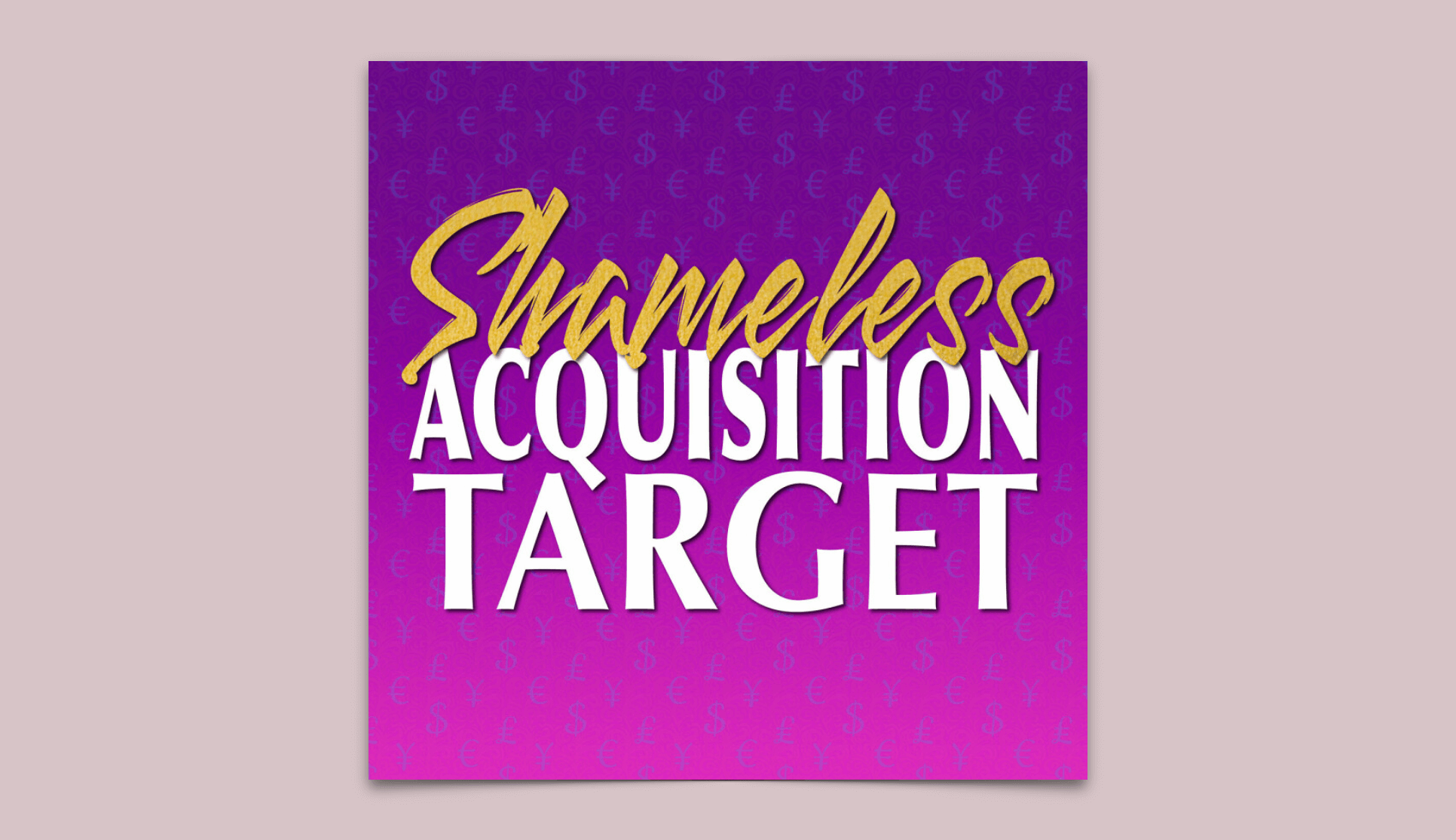 Do you want to buy a podcast? A podcast network? A t-shirt? These are among the countless questions posed by Laura Mayer to the listeners of Shameless Acquisition Target, the podcast that diagrams the business of podcasting and does everything within its power to be bought and paid for. Laura Mayer wants a particular gray house in the Brooklyn neighborhood of Flatbush, and through sheer force of will she aims to turn Shameless Acquisition Target into a cash cow fit for a near-future homeowner.

Convoluted as the summary above may be, Shameless Acquisition Target is endlessly transparent. Each episode finds Mayer turning upside down one dimension of the podcast acquisition process, while seeking to sell the show itself to anyone with the power to purchase. In these episodes’ final minutes, Mayer provides an updated rundown of the project’s money spent and money earned. And in the show’s forthcoming finale, Mayer has promised to reveal whether the podcast has been sold. (Shameless.biz allows any reader, listener, or stranger to make an offer.)

Mayer is a veteran of public radio and private networks alike. She tells her horror stories in the show’s first episode, of being overworked and underpaid during the podcast explosion of the mid-2010s. Another episode lays out exactly how much money changed hands during the acquisition gold rush. Although, as you know by now, the indomitable goal of the podcast is to sell itself, Mayer has a big picture aspiration to leave a roadmap for other creatives to strike oil.

What makes the show cook is Mayer’s charm and infinite commitment to good podcasting. She’s a true believer in narrative storytelling, and the idea that podcasts should be made for podcasting’s sake, not for their potential to be TV shows. Episode three, the title of which contains too many emoticons to be re-typed here, goes deep on the shaky financials of churning out podcasts in the hopes of selling them to Hollywood.

“Tryhard Losers,” the title of episode five as well as the embroidery on a t-shirt available on the show’s website, gazes beyond the podcast industry and into the wider world of entrepreneurship, as Mayer interviews rejected Shark Tank contestants. It works well as a standalone production, and previews what a post-acquisition Shameless Acquisition Target might sound like. The subject is not Mayer’s own efforts, but the pride and agony of running up against brick walls to make money and maintain control of your work.

The podcast averages an ad about every 10 minutes of content. Like all things Shameless Acquisition Target, the ads are there to challenge you to become an investor in the program. As overwhelming as the ads are, they are central to the mission of selling everything for parts in broad daylight.

But Shameless Acquisition Target is for the dreamers, not the buyers. Mayer wants you to give her money so that she can make the shows she wants to, and help as many others as possible do the same. Despite the cynicism that comes out of any deep dive into an industry’s financials, Mayer is a podcast idealist.

The feeling of listening to Shameless Acquisition Target recalls what Tom Sizemore tells Robert DeNiro, Val Kilmer, and Danny Trejo when he agrees to participate in the bank heist in Heat: “The action is the juice.” Mayer believes there’s fun to be had even if the path to independence, or at least success, is treacherous. Let’s hope that the rights to Mayer’s podcast, labor, or intellectual property sell for enough cash to purchase New York City real estate.