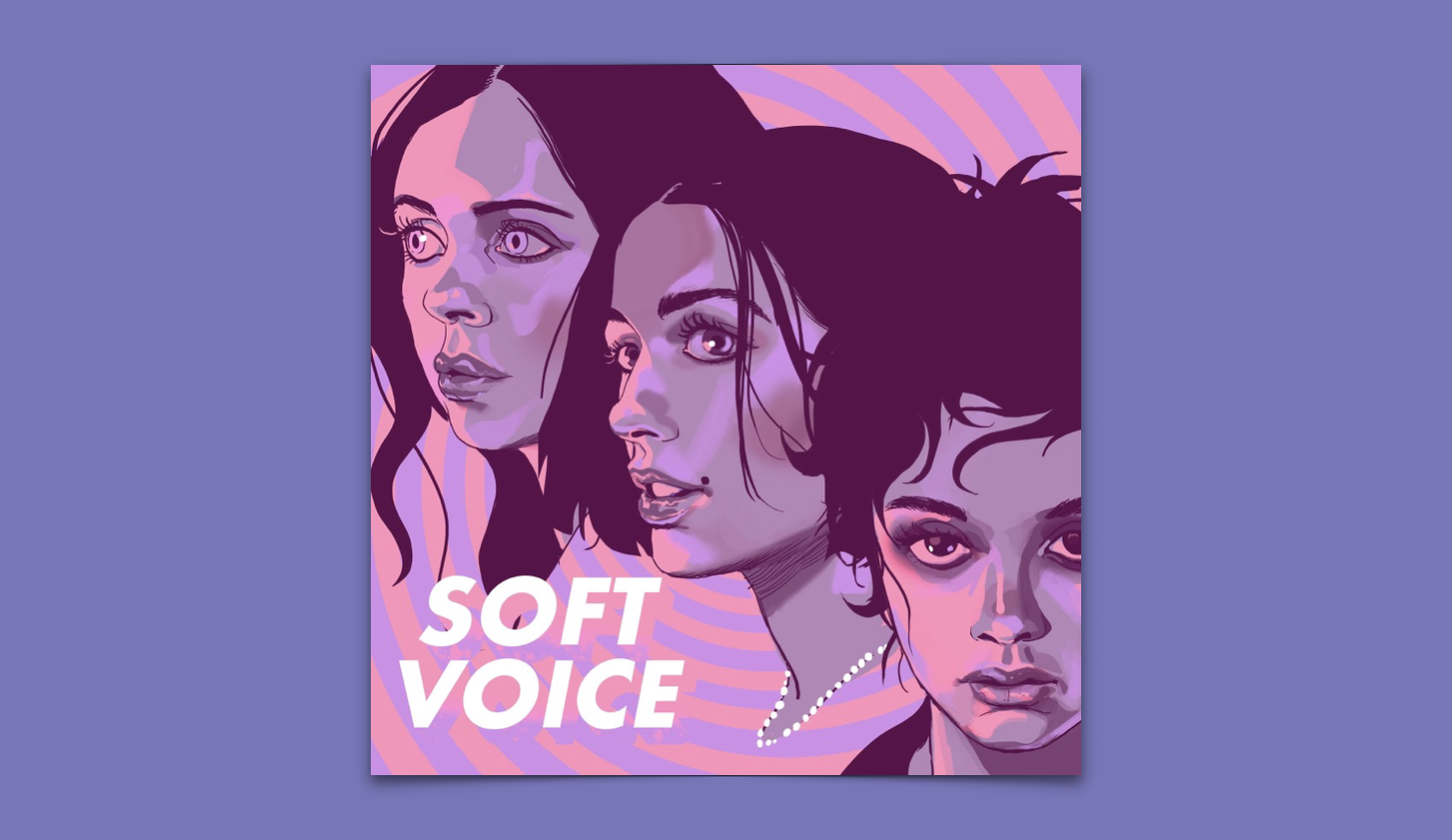 In the first episode of Soft Voice, the latest fiction podcast from QCODE, Lydia (Naomi Scott) stands in a supermarket aisle, asking a voice in her head to tell her which yogurt is “correct.” The right choice, she thinks, will help sustain her perfect life: her success as a realtor, her perfect relationship, her untouched savings account. Lydia is driven, attractive, charitable — everything a modern woman should be. Viewed from the outside, her life is enviable, but Lydia’s success selling houses relies on a voice that has taken residence in her mind. Soft Voice (Bel Powley) doesn’t just tell her what yogurt to buy. Everything Lydia does depends on the guidance of her companion.

But one day, Soft Voice leaves. Lydia, left alone for the first time, no longer knows how to live. When the endless rotation of healthy food, cold showers, and volunteer work is revealed to be meaningless, Lydia is left empty and vulnerable to a more sinister influence. Enter Dark Voice (Olivia Cooke).

It’s easy to read this premise as an example of the classic “Angel and Devil” trope. But Soft Voice and Dark Voice — the former is assertive; the latter is silky and malevolent — do not whisper to Lydia as though sat on her shoulders. Rather, their manipulation comes from a deeper place in Lydia’s mind. In less skilled hands, this plot could have fallen into the trap of moral allegory, but instead the show develops its dichotomy between “good” and “bad” choices into an intricate portrait of a conflicted interiority.

Lydia’s experience is not immediately pathologized. Despite the taunts of Dark Voice, she isn’t called “crazy” by the people around her when her behavior changes. The result is worse: her boss, her boyfriend, and her grandmother all either cut her off or disappear. At exactly the point when Lydia needs support, she loses everyone. It’s an emotionally wrenching scene and a stark departure from the darkly humorous first episode.

James Bloor, Soft Voice’s creator, reportedly began writing the series a few years ago. But by the time recording began, the pandemic had forced the show to record over Zoom — not that you’d be able to tell. The chemistry between Scott, Powley, and Cooke carries the show, making the fact that they didn’t record together in the same studio remarkable.

As well, the podcast’s writing is well-paced and its approach to depicting certain experiences, such as being drunk in a club, works effectively through audio effects. A scene that might begin comically becomes foreboding with a simple change of pitch. The show rarely uses silly sound effects and resists an overwrought soundtrack.

Where Soft Voice’s weaknesses arise are in its supporting characters. Graham, Lydia’s boyfriend, is written with little nuance and portrayed with even less, becoming a caricature of an English yuppie. Despite the character’s intentional unlikability, it is hard to envision why Lydia, even under the influence of Soft Voice, would date Graham for several years. Lydia’s boss is similarly poorly crafted, devolving into a slapstick device to demonstrate Lydia’s behavioral changes, rather than being a fleshed-out character. His flamboyance, it was perhaps hoped, would cover up his lack of depth.

An exception to this lack comes in the form of Granny Night Night, a complicated and frustrating grandmother figure who, like Dark Voice, leads Lydia into situations she can often neither remember nor condone. The show’s third episode, “Burial Goldmine,” is set in Berlin and not only raises issues of consent and agency, but adds another mystery to the podcast’s plot: Does Granny Night Night also hear voices?

Upon first listen, Soft Voice is a darkly comic critique of our fetishization of the “morning routine” or of the way people place moral worth onto the food they eat. But as the show progress, it reveals itself as a disturbing thriller as well, one that explores mental disturbance with contemporary nuance.