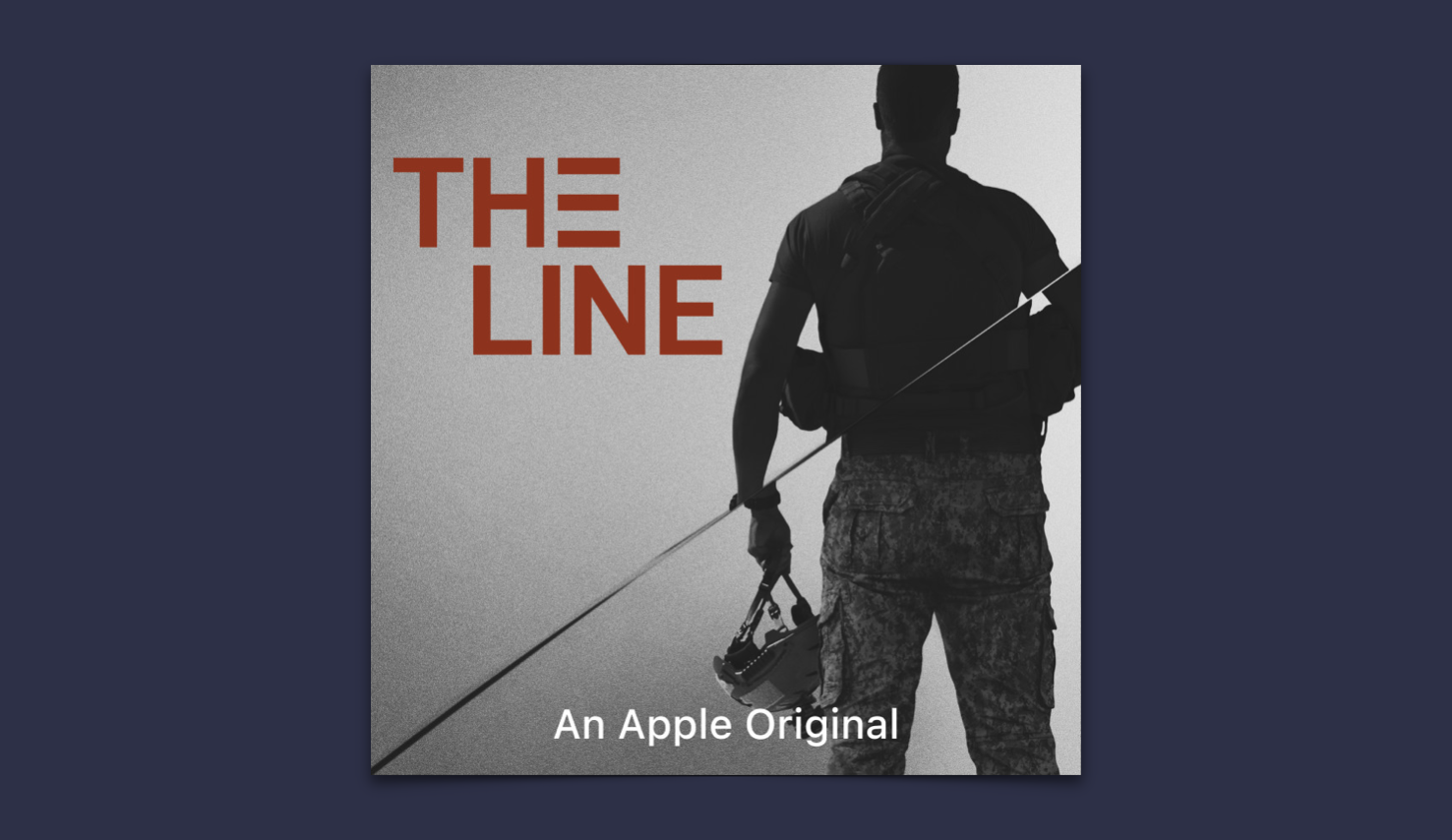 The Line marks a new chapter in Apple’s efforts to compete with Spotify. Branded “An Apple Original,” the six-part podcast released this spring investigates the war crimes trial of Navy SEAL Eddie Gallagher, and will be paired this fall with a documentary streaming on Apple TV+. With Spotify having scooped up the biggest names and purchased entire audio companies, Apple is turning to subscriptions and multimedia. Bringing on Dan Taberski, whose Missing Richard Simmons and Running from Cops have garnered significant acclaim, for a high-ambition project like The Line makes particular sense.

The Line seeks to assess the Gallagher case start-to-finish in the aftermath of the media circus that surrounded it. Gallagher was tried by a military court in 2019 for allegedly killing a prisoner of war, and a multitude of related crimes. Gallagher, a skilled sniper and medic, was accused of stabbing a 17-year-old ISIS fighter while the fighter was in his care, as well as taking a photo with the boy’s corpse. Though several SEALs took the stand against Gallagher, another medic, Special Operator Corey Scott, in a stunning confession, admitted in the courtroom to killing the boy by asphyxiation. Despite one guilty verdict among the charges, the trial was a victory for Gallagher.

Taberski’s additions to this well-told story are interviews with 50-plus US special operators, as well as the airing of the courtroom audio. The Line’s goals are thus to provide an in-depth history of the event, to psychologically understand the choices special operators make, and to uncover new information about Gallagher and the case. These objectives deserve to be laid out explicitly, in order to understand the ways in which The Line succeeds and fails. While The Line reveals new truths about the case and provides a wealth of substantive interviews, its perspective is confusing, often troubling. Taberski’s curiosity lies in how and why SEALs make particular wartime decisions. The show’s interest in the role special operators play in the US’ Forever Wars is lackluster.

The show’s absent politics are best exemplified by its title, which refers to the line between right and wrong in war’s “gray areas.” Looking for this line in the conflicts described in the podcast, be it the initial invasions of Iraq and Afghanistan or the Battle of Mosul in 2017, will leave your head spinning. Though Taberski makes passing reference to fictional WMDs and CIA blacksites in the initial episode, the show never pauses to consider that the Iraq War itself, the atrocity that created the vacuum for ISIS to step into, was illegal, and that looking for “right and wrong” in the individual acts of lawless special operators within this context might be foolhardy.

Much of this criticism stems from Taberski’s interview style, for which he also deserves credit. Taberski’s presentation is friendly and understanding, and it’s this demeanor that surely creates the best moments in the series, in which special operators speak plainly about their own bloodthirstiness and desire to kill “bad guys.” There’s an enormous amount of material to pour over for anyone interested in how the people charged with carrying out the United States’ counterterrorism missions think about themselves, and how they suffer in the aftermath.

Taberski’s ability to create moments of transparency results in the show’s bombshell moment in its finale. Gallagher, who’s interviewed extensively throughout The Line’s six episodes, says that it was not only his and Corey Scott’s, but the entire team’s intention to perform medical operations until the boy died, or as Gallagher puts it, “nurse him to death.” It’s a remarkable moment of truth and of horror. Like with all other confessions of bloodthirst throughout the show, Taberski lets the audio stand on its own, and doesn’t include much follow-up after Gallagher makes his statement. As with countless other moments, the gruesomeness of what the special operator is outlining is not explicitly acknowledged.

There’s no mystery to the difficult spot in which Taberski finds himself. To get the most out of an interview with a Navy SEAL, one must make them comfortable. And to produce the definitive account of a man and an event, it’s useful not to get bogged down in big picture history. But narrative podcasts are not hard news, and podcast hosts cannot help but reveal bits and pieces of themselves. Taberski calls several SEALs “a good hang,” and can be heard laughing with several of his interviewees. When moments of personality emerge, the show’s lack of political perspective becomes all the more glaring.

Taberski ends the series with a short monologue:

“If you ask me, when they added the ‘special’ to special operations, they were asking for a boatload of trouble, creating a whole breed that might imagine that the rules are for other schmucks, and not them. But for every SEAL like that, from what I’ve seen, there are scores more who realize that what makes them special is that they can do the hardest things, and sometimes the hardest thing is holding back, even if the only reason is because it’s what’s being asked of you. To know that you can operate with no limits, but then accept limits anyway. And maybe that’s the honor part, maybe that’s the heroism.”

In the show’s final moments, the admiration for SEALs, the American hero worship, bursts through. There is indeed a perspective to The Line, one that hopes that there are good soldiers out there making the right decisions. As a project of narrow investigative journalism, The Line adds tremendously to the Eddie Gallagher story. As a work of history, it fails to look at the basic American foreign policy objectives that obliterate “the line” entirely.