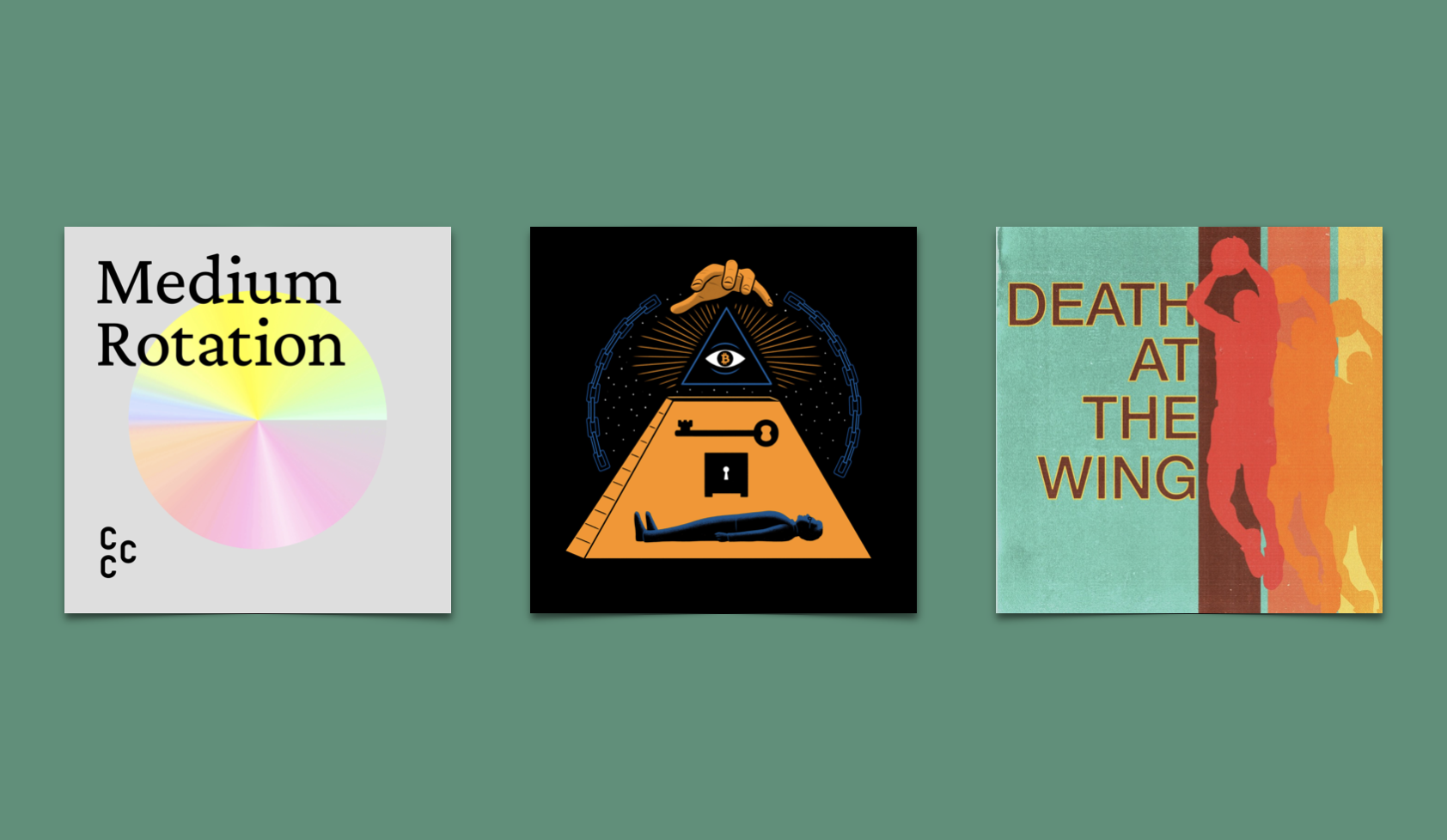 On Exit Scam, Aaron Lammer investigates the life and supposed death of Canadian cryptocurrency entrepreneur Gerald Cotten. The official story of Cotten’s death is that he went into cardiac arrest while on his honeymoon in India. A doctor signed his death certificate and his wife brought home a coffin — so, case closed? Lammer isn’t so sure. As he learns more about Cotten’s life and the history of his company, QuadrigaCX, which was once Canada’s largest cryptocurrency exchange, Lammer points to the possibility that Cotten faked his death in order to extort his customers out of over $150 million of digital currencies.

The inaugural season of Medium Rotation dives deep into the subject of Triple Canopy magazine’s latest issue: listening. Hosts Nikita Gale and Alexander Provan present arguments about the political act of listening, and what it means to push culture at large towards an embrace of listening, rather than simply hearing. The structure of the show, highly-focused conversations and interviews, is aided by a focus on engineering, as the show often illustrates the phenomena discussed with well-produced bits of audio.

Death at the Wing

Adam McKay’s latest project attempts to place the tragic deaths of several NBA players into the context of ‘80s political culture. It’s a curious idea, telling the stories of individual, disparate stars who died young like Len Bias and Drazen Petrovic, and making an argument that each represents a larger cultural force in Reagan’s America. Though the fits between the biographies and the historical trends McKay is describing can be messy, the show’s ambition — to identify what changed and was lost during Reagan’s economic revolution — is worthwhile.