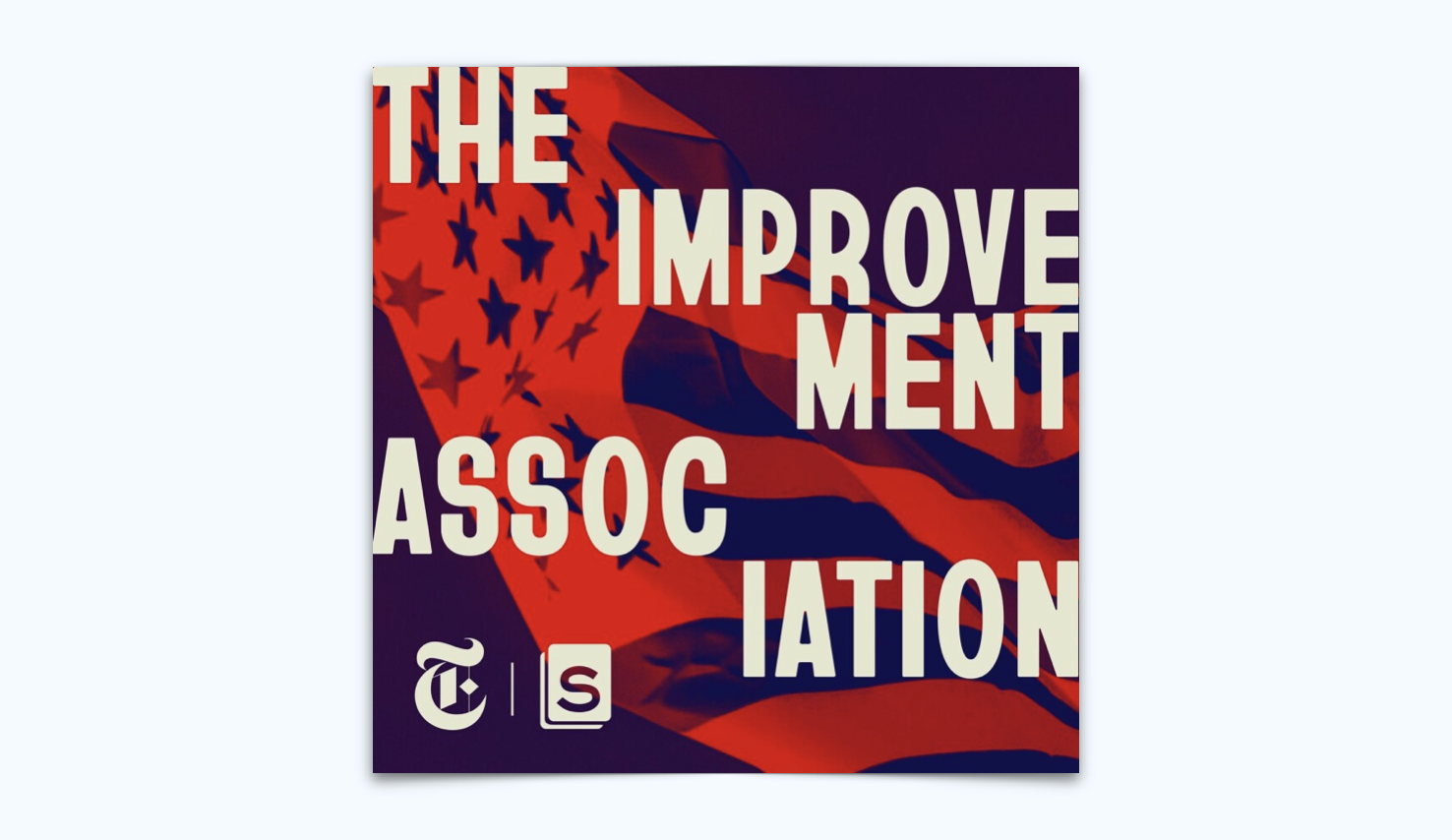 Part of what made Serial Productions’ previous release, Nice White Parents, so refreshing when it came out last summer was that it was an exercise in self-reflection. Reporter Chana Joffe-Walt, a white parent, turned the microphone on other white parents to expose how white liberals participate in systemic racism despite their professed desire to help BIPOC people. The show had the power to change minds because the people making the show, and a lot of the people listening, were the people who needed to hear it.

When I say that unlike Nice White Parents, The Improvement Association is exactly the kind of podcast I would have expected from Serial and the New York Times, it’s not entirely a negative comment — Serial Productions, after all, is the team responsible for arguably the two most influential narrative podcasts of all time. What it does mean, however, is that The Improvement Association doesn’t feel like a splash of cold water. It’s a well-crafted series, but it’s not pointing fingers at anyone new. The podcast’s racist interviewees should be called out, but the show also takes their claims so seriously that it risks amplifying them without changing many minds.

The Improvement Association focuses on North Carolina’s Bladen County, the site of a 2018 case of election fraud in which supporters of a Republican candidate for Congress illegally tampered with ballots. According to the podcast’s lead reporter, Zoe Chace, that incident is the only example of the results of a congressional election being thrown out over fraud charges in about 80 years.

At the center of the podcast is an organization called The Bladen County Improvement Association PAC (the PAC, for short), a group of Black voters in the county who work together to achieve their political goals through methods like Get Out the Vote campaigns. The PAC faces constant accusations of elections fraud from white community members, despite there being no evidence of such fraud having been committed by the PAC. In fact, the proven criminals were the PAC’s political opponents.

The Improvement Association is fine-tuned to appeal to the current political moment, a calibration that simultaneously helps and hinders the series. On the helpful side, the show’s relevance carries with it a sense of urgency. As the United States continues to deal with the repercussions of false claims of ballot tampering in the 2020 election, The Improvement Association bills itself as “a true story about election fraud,” a crime that Chace admits, does happen, though it is exceedingly rare and tends to be “self-contained.” It’s also a story about attempts to disenfranchise Black voters, drawing parallels to the controversy around Georgia’s new voting laws.

The reason the show’s timeliness proves a double-edged sword, however, is that we’ve heard many of these stories before. It doesn’t feel like a revelation, for instance, when we learn that election fraud almost never happens on a large scale; that’s exactly what the New York Times and other major outlets have been telling us for the past six months.

Chace, to her credit, reports the story with tireless determination, and has an uncanny ability both to get people to talk to her and to ask the right questions, even in the back of a furniture store. Hearing her press a Republican county commissioner on why he can’t provide evidence of the PAC committing voter fraud, despite his insistence that the evidence is out there, illustrates her journalistic strengths, and the audience feels frustrated alongside her.

Too often, however, the podcast’s attempts at reaching universal truths can lead to overgeneralization. In the final episode of The Improvement Association, Chace talks about the ways that some of her main interviewees’ interactions with white people have shaped their viewpoints. According to Chace, examining a couple biographical details from their lives explains their opinions on “when, how, or even if you can trust and work with white people.” It’s a claim that may serve her narrative, but also seems to ignore the complexity of human psychology.

It’s also a notion that, by bringing up the ways past experience informs our biases, forces one to consider the Serial Productions team’s own leanings and reporting tendencies that extend beyond this series. Almost all of the podcasts created by the Serial team have prominently featured BIPOC communities and almost all of the reporters we hear on these podcasts have been white. That’s a criticism that, while not unique to this team, has come up since the very first season of Serial. And as we learned from Nice White Parents, problems arise when people assume they understand a community that they don’t belong to.

Ultimately, The Improvement Association’s classic podcaster-investigates-small-town-in-hopes-of-revealing-larger-truths-about-America setup embodies both the strengths and weaknesses of the series. The podcast tells an important story and tells it effectively, but it too often shows us connections that don’t exist. At one point Chace says that in most of Bladen’s little towns, “a highway runs through, alongside is a gas station, a Hardee’s, maybe a peanut plant, a dollar store, and then you’re out of town — America, basically.” Her words suggest that America and its small towns are one and the same. But while small towns are an important part of America, they are not all of America, nor are they parables that exist to teach us about ourselves.