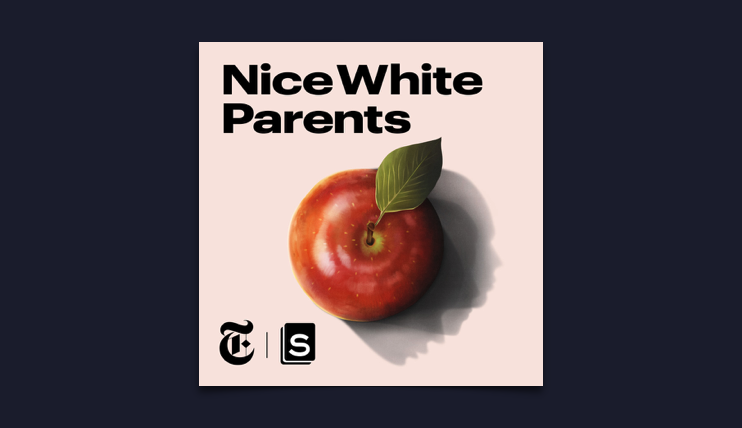 In 1954, the Supreme Court declared racially segregated public schools unconstitutional. More than 60 years later, many public schools in the United States are still effectively segregated, and unjust gaps in school funding and achievement levels between white and non-white students have largely persisted. Meanwhile, parents with the right finances retain the ability to choose the best schools for their children. These parents are usually white. Yet, rarely are white parents a central topic in the debate regarding how to improve US public schools.

This is the premise of Nice White Parents, the first podcast from Serial Productions since its acquisition by the New York Times. In the five-part series, reporter Chana Joffe-Walt sheds light on the influence white parents hold in American education. How do these parents facilitate current inequalities in public education, and what must change? By focusing the podcast on a single school building in Brooklyn, one with a winding history built according to the whims of white parents, Joffe-Walt is able to tell a story about contemporary US education as well as the history of schooling in New York City.

In the podcast’s first episode, we’re introduced to the School for International Studies (SIS), located in Cobble Hill. Prior to 2015, this middle and high school was home to mostly Black, Latino, and Middle Eastern students. Faced with a growing crisis around low enrollment, the school’s principal, Jillian Juman, began reaching out to parents in the surrounding community. At the same time, the three public schools in the district favored by white parents were hitting capacity, making these parents open to hear Principal Juman’s pitch.

The result was a somewhat rare case of integration: white students flocked to what had been a predominately non-white school, with SIS seeing its enrollment increase over 200% from the previous year. The school’s appeal for these white families was the promise of a dual-language French program. After Principal Juman indicated she was open to such a program, white parents started enrolling their children at SIS in droves.

The podcast tracks the tensions that arise between the newly arrived white parents and the school’s returning parents. In particular, there is conflict between the parents on the school’s PTA board, who are mostly working class and non-white, and the affluent white parents who start a fundraising committee for the school. The key issue is that the committee for many months didn’t consult the PTA, and so the money they raised was allocated without much PTA input.

This first episode, which culminates in a gala hosted by the French Embassy, is the show’s most riveting listen. Throughout the gala, white attendees condescend the non-white parents staffing the event as volunteers and give self-congratulatory speeches about their own generosity. The problems created by the white parents on the fundraising committee are clear. They are obnoxious and insensitive to the realities of their working-class peers.

Sometimes it is less clear, however, how these parents are harming the school’s students. Would a Spanish or Arabic dual-language program have been more useful in a school where more students spoke either of those languages at home than French? Probably. Did some of the non-white students feel alienated going to after school programs suddenly taught in French? Definitely, but those programs didn’t exist before the new fundraising. If the negative impact of these white parents is that the non-white students learn a small amount of French, is that the inequality that Joffe-Walt is trying to expose?

To her credit, Joffe-Walt spends time detailing how returning students at the school experienced the influx of white students, but the focus on parents makes the educational outcomes at the school a topic of secondary importance. The show returns its gaze to the students only in the final two episodes, which take a prescriptive approach. In the fourth, Joffe-Walt turns to Success Academy Cobble Hill, which is located in the basement of the SIS building. Success Academy is the largest charter school network in New York City and boasts impressive test scores that indicate a shrinking achievement gap between white and non-white students, but Success has its own issues. Joffe-Walt uses the school’s rigid adherence to uniformity and structure as an example of educational “equality” rather than “equity.” In the fifth and final episode, we go back upstairs to SIS for an example of educational equity in action. Joffe-Walt tracks a group of white parents from the school who successfully lobbied the district to reform the school placement process, which had concentrated white students in three schools and non-white students across the others.

Nice White Parents provides an overdue contrast to the normal framework of research about racial education disparities, which asks how schools and teachers interact with Black parents and students. These are, of course, important questions that can lead to important improvements in educational quality, but little comparative attention has been paid to, as Joffe-Walt says, “the most powerful force in public schools: white people.” The podcast has its shortcomings, but its interrogation of white parents is fresh and necessary.