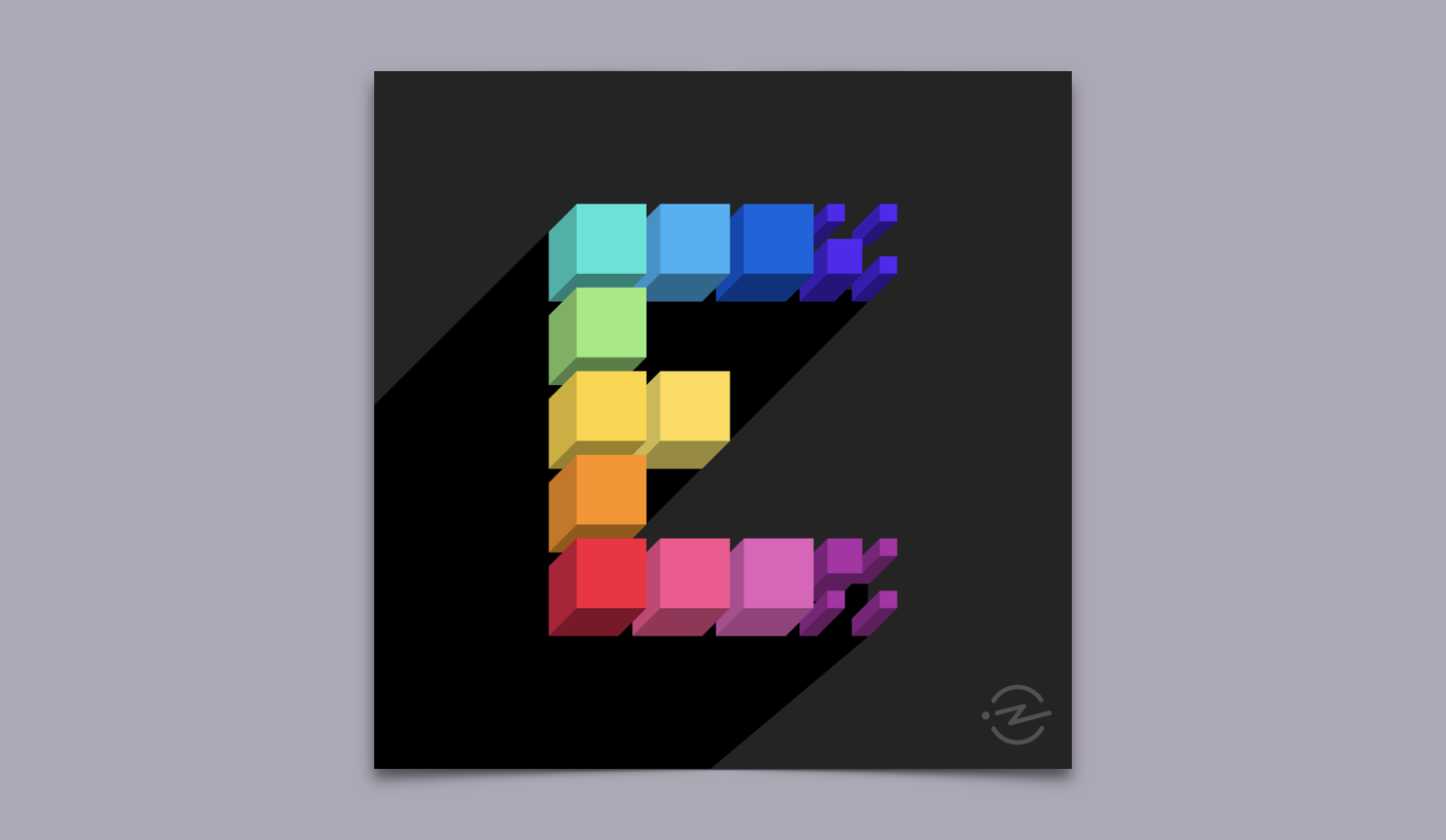 The premise behind Song Exploder could not be more simple: as host Hrishikesh Hirway puts it, “musicians take apart their songs, and piece-by-piece, tell the story of how they were made.” To put a finer point on it, they take apart one song, from writing to recording to mixing, explaining every decision until the final product is played at the end.

The show is the rare podcast without ego. Hirway restricts his voice to the ads and credits played at the beginning and end of each episode, letting musicians tell their own story. The result is a clean, highly produced product with seamless editing. Hirway is a musician himself, so he knows the ins-and-outs of production, and although you can seldom hear his half of the interviews, you can tell he is getting deep into the nitty-gritty of what makes up a song. It’s reflected in how the musicians open up, the way people do when they know they’re speaking to one of their own.

Song Exploder shows you something you never knew about your favorite song, or takes a track you hadn’t heard before and puts it together for you like you’re in the studio watching it happen. After six years of episodes, released every other week, getting into the podcast’s back catalog can be a daunting task. Here’s where to get started, with the ten best episodes of Song Exploder:

This is a good place to start for anyone hoping to get into Song Exploder or The Postal Service. In this inaugural episode, one half of The Postal Service, Jimmy Tamborello, takes apart one of their best songs. The band’s name was inspired by Tamborello’s and Ben Gibbard’s collaboration via mail between Seattle and Los Angeles, so it helps to hear how Tamborello put together his instrumental track for the song, then sampled Jenny Lewis’ vocals and added Gibbard’s on top. It’s a brief episode, but works as a good proof-of-concept for the podcast as a whole.

While Kiwanuka was initially discouraged from writing “Black Man in a White World,” he found a way to not only make it, but make it his own through sheer determination. He wrote the song as a country/blues jam, but found that when he submitted it to his label, they wouldn’t take it. “Every time I sent a demo in, or a track in, the A&R guy would go, ‘you know, you’re not gonna sing a country song, you’re Black.’” Kiwanuka dropped the acoustic guitar and re-wrote the song based on handclaps, harmonies, and electric guitar. The song ended up being about not fitting in as a Black man in England, but also not fitting in in Uganda, where his parents are from. He realizes, ultimately, that he is proud to be different. “So, ‘Black Man in a White World,’” he says, “I’m glad that’s the lyric.”

For someone on her second album, Ella Marija Lani Yelich-O’Connor (better known as Lorde) sounds like a veteran of pop, the way she discusses her process and how she treats her vocals. Through collaborating with producer Jack Antonoff (who listeners will recognize from Fun., Bleachers, and the dozens of pop albums he’s produced), Yelich-O’Connor found that she was able to explore new techniques and open herself up to different sounds, while still maintaining her weird, intuitive sense of music that comes from a deeply personal place.

Carly Rae Jepsen – “When I Needed You”

There’s nothing particularly striking about the story this episode tells – Jepsen is an established enough musician that her composition process is fairly regimented and influenced by a handful of producers – but it is fantastic to hear the instruments isolated in this, from the bass to the synths to her voice. You also get to hear demo version of the song, which begins in a very different place, a lot darker and moodier than the final, 80s-reminiscent pop track. Longtime Jepsen stans will love this episode, as will audio nerds.

The meaning behind “Your Best American Girl,” Mitski says, came from feeling distant from an ex-boyfriend when she realized they had very different upbringings. Notably, she developed the song somewhat backwards from how musicians typically do, beginning with the vocals then layering bass and guitar underneath them. If you’ve never heard of Mitski, this is a perfect introduction. Although the episode is devoted to dissecting the song, nothing will prepare you for how it breaks open halfway through and leaves you gutted.

Solange – “Cranes in the Sky”

Solange Knowles is one of the bigger artists featured on Song Exploder, and on this episode she shows how long of a lifespan a song can have. She wrote the lyrics to “Cranes in the Sky” during a trip to Miami, when the city was going under an intense period of construction and she could no longer see it as a place of refuge. Although she lost the original drums they had recorded, she found that repetition in the new ones reminded her of meditation, which complemented the string section well. This episode is worth listening to simply for Solange’s isolated vocals, as well as for her story about trying to record around a cockroach infestation.

In this episode, Hirway speaks with Gorillaz frontman Damon Albarn and the rapper-singer D.R.A.M. Albarn began “Andromeda” as a meditation on the loss of one of his loved ones, then put a dance beat under (a combination of Michael Jackson’s “Billie Jean” and Hall & Oates’ “I Can’t Go For That”) to produce something that aligned with his theme for the album: a party for the end of the world. He sent this to D.R.A.M., who added his verse. Part of what makes this episode great is hearing a piece of the “D.R.A.M. Special” version that got scrapped, and Albarn’s explanation of the touching lyrics that listeners may not have picked up on.

Another episode in which the crucial moment comes from what almost happened. Van Etten plays a moment of her demo, a Johnny Cash-adjacent country dirge. She talks through how the song was inspired by her working with a younger artist who she saw a bit of herself in, and how that left her mourning the New York she grew up with, a New York her counterpart would never experience. Through working with producer John Congleton, Van Etten re-adapted the song to sound unlike her previous work, becoming synth-heavy and a lot more impassioned than how she originally envisioned it. Notably, that country-dirge version became a version she performed with Norah Jones as a duet.

This episode is a rare occurrence where an established band takes apart one of their biggest hits from a few years back, rather than a recent favorite. In this case, MGMT reminisce about the period just before they got big, when they put together songs on their computers in college and performed them in living rooms, pretending to be rock stars. The song is a reflection of that, playing out an almost comically outsized narrative of rising stars crashing and burning. It’s a peek behind the curtain into how these charming young men suddenly found themselves with a hit record, when all they wanted to do was play music together and have a laugh.

Hirway called this his most controversial episode on Getting Curious with Jonathan Van Ness, and for good reason. Weezer frontman Rivers Cuomo explains his unusual songwriting technique, in which he uses spreadsheets filled with stray melodies, lyrics, and song titles to splice together songs with no apparent meaning behind them. He then takes the partial product to his band, and they fill in the rest. This obviously divided fans, because it means that a Weezer song that someone may find profound meaning in, doesn’t even mean anything to Cuomo. Fellow Song Exploder alum Mitski defended his songwriting process on Talkhouse, comparing it to David Lynch’s method of filmmaking. But what Cuomo reveals in his interview is that, even if he doesn’t put much meaning into his songs, his regimented process leaves room for his band to improvise, and that even he can listen to one of his songs years later and surprise himself.