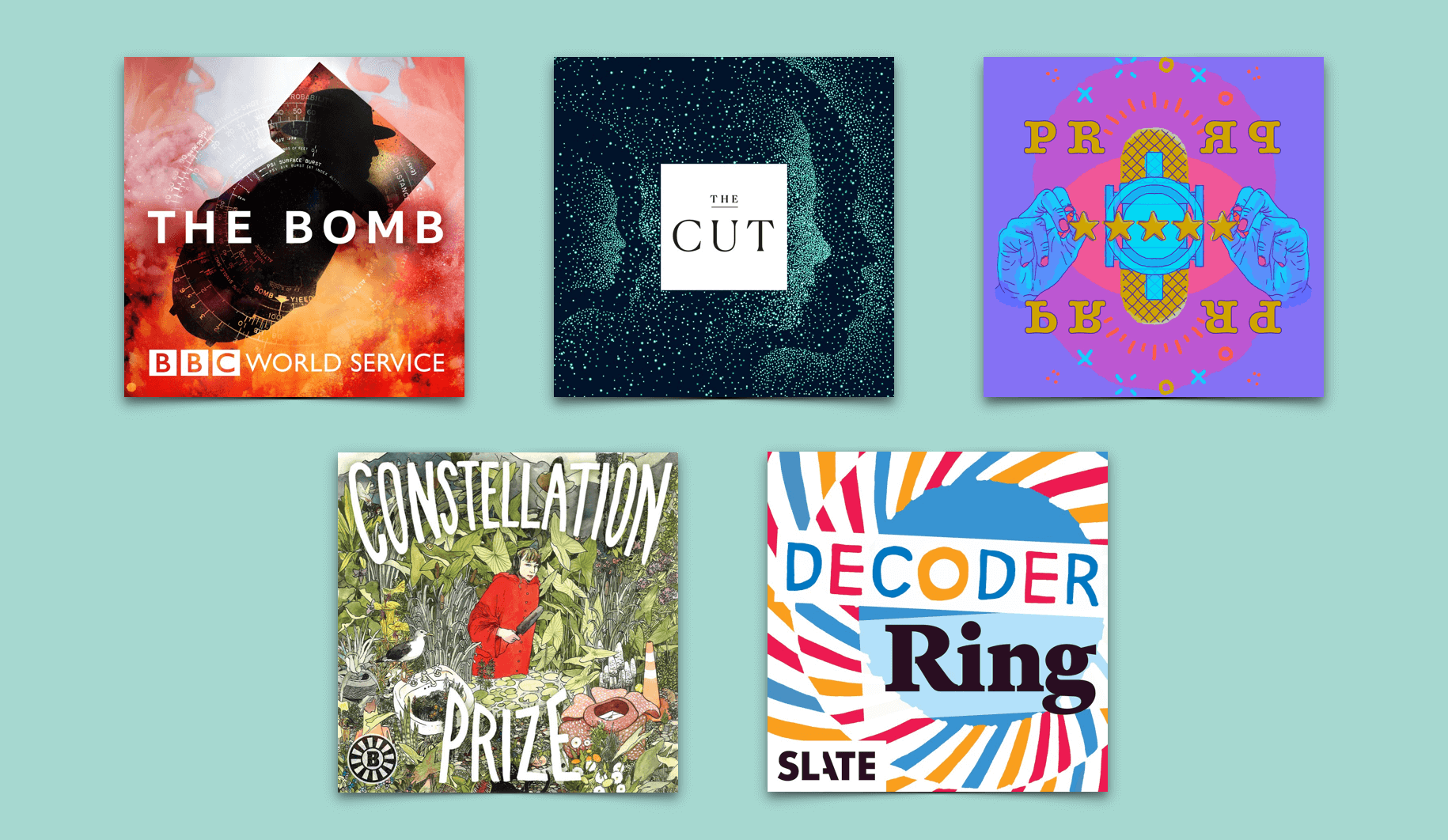 Each month, Podcast Review’s staff offers recommendations on the best new podcasts to listen to. Here are our favorites for August:

Willa Paskin’s cultural mystery program is delivering increasingly expansive histories. Launched in 2018, Decoder Ring takes a piece of popular milieu (the rubber duckie, the ice cream truck, the Karen phenomenon) and finds the path from its origins to its eventual ubiquity. That’s the ultimate criteria for a Decoder Ring episode subject: it must be recognizable on a mass scale. Most recently, Decoder Ring took on the mullet hairdo, and the particular question of when the term first became prevalent. It’s a fun listen, and a reminder of our culture’s tendency to forget and misremember.

Reviewing podcasts can feel like a lonely endeavor. Though there are more critics starting to cover podcasts — in addition to the site you’re currently reading, you can find regular podcast criticism in Vulture, The Financial Times, and on A.V. Club — there’s nowhere near the critical infrastructure we see with books, music or film.

Which brings us to a peculiar fact: at the moment, the form of podcast criticism taken most seriously is likely the Apple Podcasts review. Though these reviews share more in common with Amazon product reviews than any considered type of criticism, it’s these evaluations that podcasters seem to care about most. And no one cares about them more than the clever and surprisingly well-produced Podcast Reviews Reviews Podcast. Soon to release its 100th episode, the show’s premise is simple: on each episode, the hosts review their podcast’s reviews, most frequently the ones given to them right in the Apple Podcasts app. To say more would spoil the fun. Give this podcast a listen.

Part family biography, part scientific history, The Bomb revisits the years of discovery and research that led to the detonation of the atomic bomb. Hosted by Emily Strasser, whose grandfather worked on the Manhattan Project, the BBC program takes a butterfly effect approach to this history, asking at every turn if any one physicist had the power, or the moral foresight, to stop the madness, to redirect atomic research elsewhere. Famously, a number of the scientists who participated in the Manhattan Project dealt with the guilt quite seriously for the rest of their lives, a context which makes the personal approach of The Bomb more appropriate.

Constellation Prize achieves something rare in podcasting, and for that, the project feels less like a podcast and more like an invitation to eavesdrop on the most intimate conversations at a party.

Fundamentally, the show is about people discovering and questioning what they get out of religion. But instead of barging the topic like a youth pastor, producer Bianca Giaever brings us to it almost sneakily by asking very plainly: What do you do when you’re lonely? If you pretend God does exist, does the world look different? Why can a belt make you rethink the purpose of tradition? Tune in and be surprised.

Since the end of The Cut on Tuesdays, there has been an audible gap in the airwaves. That void was filled this week with the debut of The Cut’s new weekly show hosted by Avery Trufelman (99% Invisible), produced by B.A. Parker (Nancy, Invisibilia) and edited by Allison Behringer (Bodies). The show features a medley of topics that will feel familiar to any regular reader of The Cut, a site whose coverage ranges from activism to astrology to every awkward job interview in between. Trufelman’s narration is clear and writerly but doesn’t depart from the tone we expect. She is keen on optimism, yet conscious of her position as the host of a culture podcast launching during a pandemic. As usual, The Cut gets the balance right, and will satisfy devotees and new listeners alike.